Deer Hunting is incredibly popular in upstate New York.  So popular that in the old days, all of the glove factories and leather mills here in Fulton County would close on opening day, making it a holiday, since no one would show up for work anyway.

I "hunted" deer for about five years, back in the 1970s.  I put the word hunting in quotation marks because I never so much as saw a deer, let alone shoot one.  I saw plenty of deer while fishing where I used to hunt, the Cedar River Flow by Indian Lake, but as soon as I picked up a gun, nothing.

I see deer all the time here in Bleecker.  I'm very careful when driving here, especially at night.  This evening it was raining as I came up the mountain, so visibility was even more limited than usual.  I did about 40 MPH all the way.  I don't care who I pissed off.  The last thing I need is to hit a deer.

Pam showed me this tree alongside our driveway the other day.  I hadn't noticed it.   It was done either by a bear, or by a deer rubbing his antlers on it.  Since there were no claw marks, I'm guessing deer. 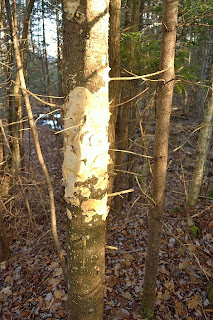 Every day, especially on weekends, you will see the deer hunters' trucks parked all along the roads.  We're surrounded by state land here, so this is where they come to hunt.  The deer are big here too, dressing  out at about 175 pounds.  There were reports of an 18 point buck in this area a few years ago, but that could be a "the one that got away" story.

Some of the roads here in Bleecker are dirt, and so everyone drives more slowly on them.  We followed this pickup the other day on Lilly Lake Road. 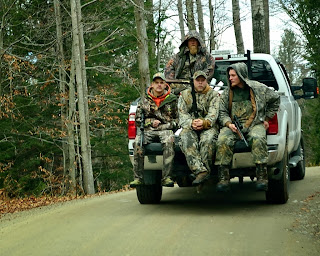 Everyone was wearing camo.  This struck me as very odd.   Deer are not only color blind, but they can only see movement.  If you sit perfectly still, a deer will walk right up to you, get his nose a few inches from your face, and try to figure out what you are.  Camo makes no sense to me.   It seems to me that wearing camouflage in the woods in hunting season is a good way to get yourself shot by a yahoo that shoots when he sees the bushes moving.

The other thing I noticed about deer season is the large number of beer cans lining the roads now.  Drinking and hunting is a common practice here.

Yes, I worry about the dogs being outdoors during deer season.  It is legal for a hunter to shoot a dog in the woods, the rationale being that they're running deer.  Shooting one of our dogs would make me angry.  They don't want to see me angry. 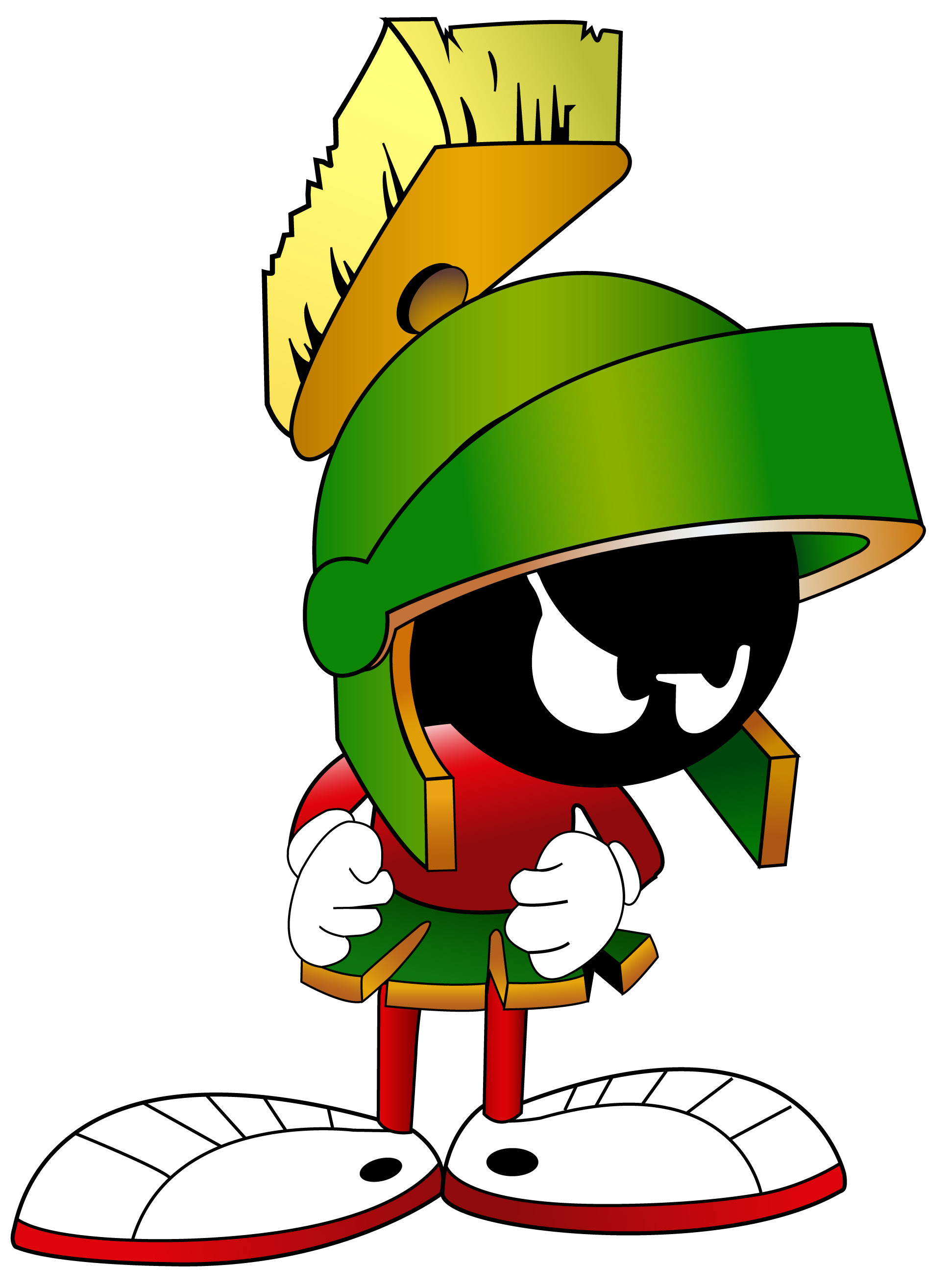