A Laid Back Life in Florida

This is a typical day for retired folk in Florida, and when Pamela has a day off. 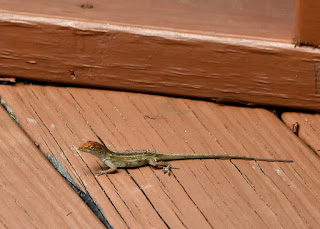 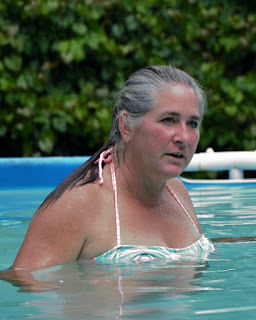 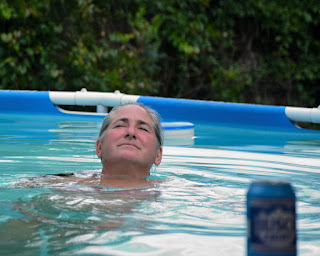 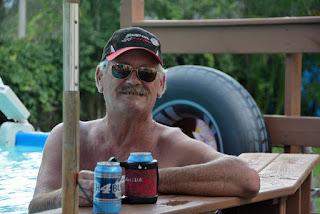 When it's 90 degrees, you swim and drink beer.

Today was the day that Pamela announced she was cleaning a foot of bedding out of the goat pen.  It is now the rainy season, and it was getting nasty in there.  I did my part by running around the yard with a manure rake, scooping up dog poop.  Yep, with four good sized dogs, it doesn't take long.

The first step was to release the Krak...um.. the goats, Amos n' Andy.

Our friend Gib could use the old bedding for his compost pile for his garden next year.  Pam had him pull up next to the pen so she could toss the old bedding right in the truck bed. 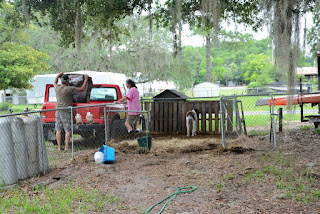 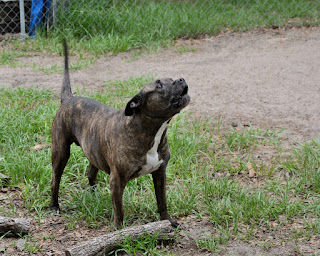 But when she realized there was no danger, the loading of the bedding was allowed to proceed.  Two truck loads worth.

Pam also put the plywood roof back up.  The goats had knocked it down, and the next few days are forecast to be rainy.  Thank gawd.

The burn ban is off in Marion County, so I was also able to torch that today.  Baby steps, but it's progress.
Posted by Dave Gibson at 10:42 PM No comments: