I'm not sure why, but I started a new blog.  It is called Observatatin'.  This is about nothing, really, just tidbits of life that I find interesting or amusing.  It will not be updated everyday.  I'm not that witty anymore

The idea came to me while I was ruminatin' out of my apartment window.  But since Ruminatin' was taken, I had to invent a new word.

Check it out if you're so inclined.

Posted by Dave Gibson at 2:38 PM No comments:

The Writing Process.  Or, how to make OCD work for you.

Many of you know me. Some know me well, some a bit, and some of you not at all. Some have read all of my books, some one or two, others have not.

I was in business in one form or another my entire adult life. I retired in 2010. For hobbies, I started doing what I always loved and wanted to do but never had the time. Writing, and photography.

Photography: You've seen the photos I post almost everyday. Ad nauseam. Latin for “to nausea”. I keep posting photos, day in and day out. I'm sure many of you are tired of it and just scroll on by. Yet I do it, day after day. Why?

Here's the problem. I can't stop.

Now understand that we all have two brains. No, really. We have a conscious brain that gets you through the day. But then we have an unconscious brain. That's the one that runs in the background all the time. You can't stop it, or even pause it. You can't remember something and so you move on with other things. Your conscious brain stops thinking about it. Your subconscious doesn't stop and continues working. It comes up with the answer. Example; you can't remember someone's name. You go on with your daily business. And then the name suddenly pops into your head. Maybe days later.

I love to write, but there's a problem. Once I start, I can't stop. I'm obsessed with writing. I'm compulsive about it. Obsessive. Compulsive. Obsessive-compulsive. OC... D. That's it. OCD.

So when I start goofing on people on Facebook, or imparting my political wisdom, my unconscious brain is still working on writing say, a book. I can't turn it off. Not until I finish the book. So I might flip from FB suddenly and go back to the book. I write and write, wondering where is this stuff coming from? My unconscious brain.

I can write day or night. It doesn't matter. I'll be sound asleep and my unconscious brain wakes me up with a really great idea. The best idea. Only I can write this. It should have been written long ago, but that's OK. OK, I'll stop Trumping now. Hey, I just made up a word. Good one, unconscious brain!

I have two novels on the market. Each is about 80,000 words, which is a full length novel. Each one took me only three weeks to write. Some people can't even read a novel in three weeks let alone write one.

OCD writing must be why so many authors have retreats. So they don't bother those around them. Like Hemmingway. He isolated himself in Key West. But, like Hemmingway, they may crash and burn. They may go nutty and shoot themselves. Like Hemmingway. To prevent that, I have to physically leave my apartment retreat. I walk, I might watch TV (on my laptop. I don't have TV), I might shoot pool. Anything to get away.

I'm on my eighth book, and to ease up on the OCD writing I'll do anything. Yesterday, I walked about a mile and a half to give one of my books to our town library. I stopped at our post office to mail out a book. If I don't consciously step back, I'll start OCD writing again. And when I do that, I have a book done in three weeks. That's a problem. I rarely sleep and when I do, it's odd hours. I might not eat, being too busy writing to stop and eat. Not eating puts me in the hospital., besides losing weight like crazy. I've lost three pounds in a month writing my current book project. I might forget things, like appointments or doing my taxes. It's all part of writing.

It's the process.
Posted by Dave Gibson at 1:34 PM No comments:

Photography.  Is it art or just taking pictures?


Many of you who are close friends know that, besides writing (which I will begin after the holidays) I enjoy photography.
I am self-taught, as I am with most things.  When I got my first DSLR (Digital Single Lens Reflex camera), I learned a few basic rules about composition and lighting.  Things that put an official label on what I was doing anyway, it seems.
But it was when I joined an art group that I surmised that many artists (painters, sculptors) did not take photography seriously as an art form. It was just taking pictures. So I volunteered to do a presentation on photography at the Appleton Museum in Ocala. If you're interested, here is a link to my presentation in a PDF format. Please excuse the duplicate frames. Photography- Is It Art? This is one of my favorite portraits. Why? Because we've all been there, and as we've gotten older, we've forgotten the joy of being pulled on a sled by mom or dad. It captures a single moment in time. Hopefully, this photo made you smile, just a bit. Is it just taking pictures? 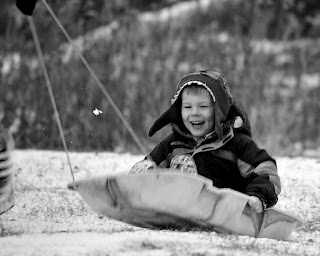 For everyone wishing me a happy birthday today... thank you. I should not be here. The tree whacking me on the head in 2013 would have killed a normal person. But me Irish genes pulled me through, and my Polish side says "You want a fight? C'mon, bring it."
And me Irish side keeps saying...
The devil whispered in my ear "you are not strong enough to withstand the storm."
I whispered in the devil's ear, "I am the storm."
Your birthday wishes remind me of how lucky and tough I am.  And to the devil... you do not want me down there. I will make your life a living hell.

Posted by Dave Gibson at 1:19 PM No comments:

Eureka is a nice small little town.  We have a Marathon gas station but that's it.  Anything more than that and we have to make the five mile trek all of the way into Fort McCoy.  To give you a flavor of what it is like, here is a photo tour for you. 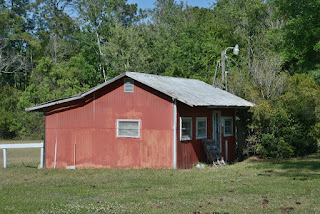 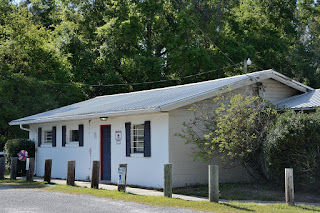 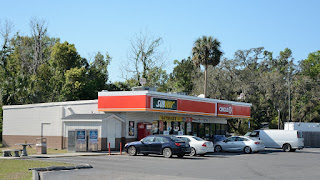 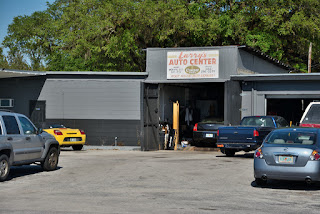 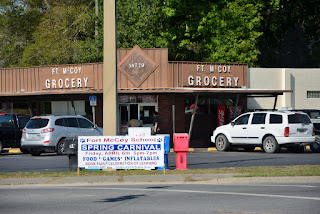 The local grocery store.  It reminds me of an old IGA 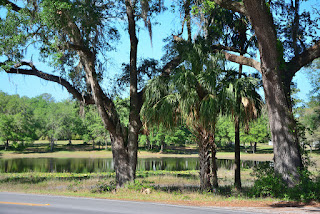 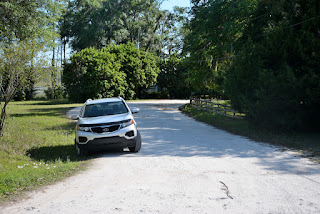 A typical road off the main highway 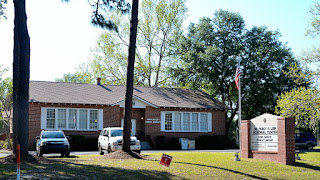 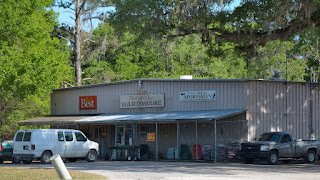 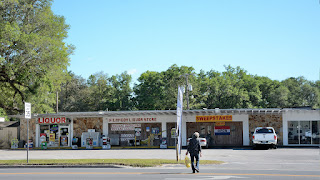 And the liquor store/casino
Yep.  That's it.  That's enough for me.

Next to fishin', huntin' is a very big deal on Eureka Mountain.  So big that Junior hosts a big wing-ding at his camp.   Such it was yesterday.  All of Eureka Mountain showed up.

The Miata with roofin' tape holdin' the top together is Pamela's, and then Gib's truck, and someone's off road 4x4.   There seems to be as many 4x4s as pickups. 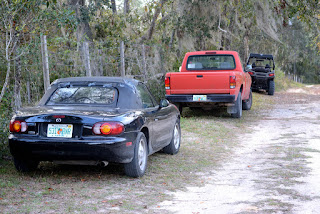 How many guys does it take to BBQ a brisket and a turkey?  This many. 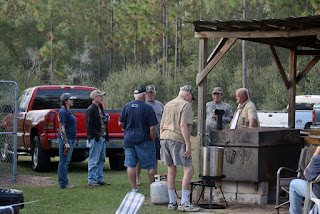 This is a typical road on Eureka Mountain. 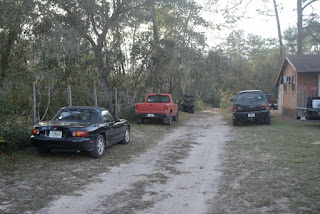 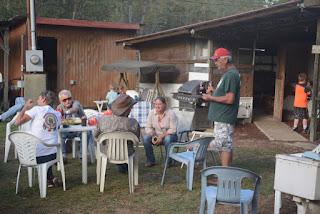 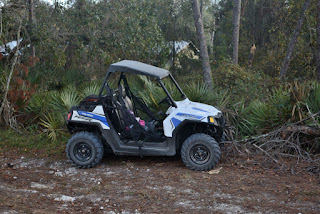 There are homes down this road. 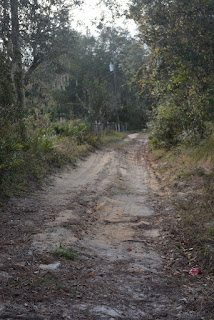 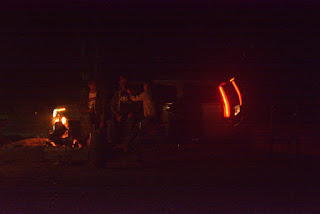 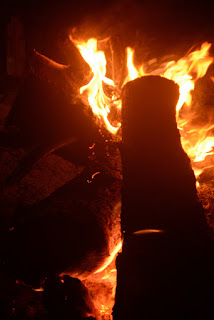 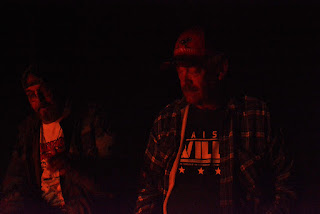 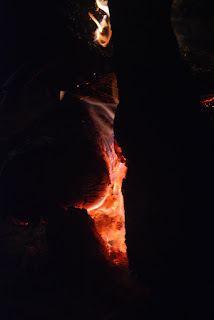 I've been reading old entries on this blog, enjoying the ones where we were working on our ten acres in preparation for building our off grid homestead.  Good stuff, at least for me.

But the posts about the Bleecker Mountain Weight Loss Program set a different tone.  When we left the boat and started working the land, I was 6' 1" tall and weighed 202 pounds.  A little overweight for my ectomorph frame.  Then we started working, and I was down to 197, and then 183.  And then I got whacked with a tree, breaking my neck.  While no longer capable of hard labor, I also didn't eat much and maintained my weight.

A year or so later, I visited my PA in Caroga Lake for a check-up.  The nurse assistant took my blood pressure and told me what it was (I don't recall now) and my weight (180 or so), and my height.

"What?  No, I'm six feet one inch." my manly self protested.

Well, this was news.  How did I lose three inches... THAT TREE!  It smacked me square on the head, and must have compressed my vertebrae.  That bastard!  Now I'm... AVERAGE!  Me?

So, if you are overweight and too tall, sign up now for the Bleecker Mountain Weight and Height Loss Program.  Sign up today and get a free rock!  Operators are standing by.