We Shoulda Got When the Gettin' Was Good

We picked up the motorhome yesterday from Frank's Heavy Duty Truck Repair.  He did all he could do.  I asked him to check the furnace, but he couldn't get anything to work inside the RV.  We then dropped it off at Alpin Haus RV to have them go over it.  I don't need much, but I want heat, at least until we get to Florida.

The motorhome seems to run great, but it's a real bear to drive.  We had a bit of a breeze which blew it around on the highway pretty good.   I got it up to 50 MPH once, and it was white knuckles until we got to the bottom of the hill.

The only problem that I saw, which was a little unnerving, was when we stopped to drop $100 worth of gas in the tank.  That got us a half a tank, but that's really not it.  I put it in "park" and the "auto park" light came on.  I got up out of the driver's seat and Pamela started screaming "We're rolling.  David, we're rolling!   DAVID!!   WE'RE ROLLING!!!".

I jumped back in the driver's seat and stomped on the brake.   What the heck?  We were in park.  I took my foot off the brake and we started rolling again.  I put the parking brake on and that stopped it.

Dave at Alpin Haus was very nice and took all of our information.  I told him about the problem with autopark, but he informed me that the mechanic that knew about those things had retired and no one else knew how to work on them.  He then asked me questions like "does the generator work", "are the house batteries OK", "did Frank check the dates on the tires...".

I get an Intellicast email every morning with a five day forecast.   This was yesterday's.  Check out Friday. 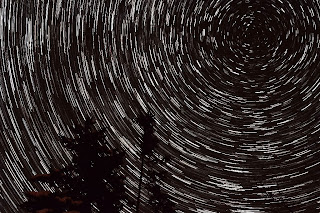