Baby, It's Cold Outside

Well, not today (Sunday), but Friday night and Saturday it was.  It got down to -0.2 degrees.  I mentioned previously that those temps don't bother me much, and they don't.  But they bother our water pipes, which froze solid.

Our pump house is attached to the Unabomber cabin, but it's not insulated.  I had put pipe insulation on all the pipes and put a couple of electric heaters in there, one pointed at the pump and the other at the majority of the pipes, but it wasn't enough.

Thankfully, there is a creek running by our cabin, so I fetched a few pails of water to use for flushing the toilet, but there was no convenient hot water for washing dishes or, more importantly to me, showering.

I have this thing about showering every morning.  I've been doing it my whole life.  I even showered before going off to pick up rocks on our land last summer.  I'd just shower a second time when I got home.

No showers yesterday.   I  felt grubby and icky.

I had a call from our friend Bill.  He heard about our frozen pipes (news travels fast in Bleecker) and offered to bring us a kerosene heater that he had but never used.  Our driveway is a sheet of ice, so I met him at the top of the hill and we carried it down.  I put it together and filled it with kerosene, and fired it up.  It smoked for a short time as it burned off manufacturing residue, but then glowed with a nice warm flame.  We'll use this heater in the pump room for the really cold nights, and return it to Bill when we go to Florida.

I had moved a third electric heater into the pump room, a big one.  After all three heaters cranking all day, the pipes unfroze around 3 PM.  Just enough time to shower and clean up before going to a friend's house for dinner and to visit Baby.  Remember Baby, the dog we rescued?  Baby is doing pretty good.  She has a loving home with Jim and Laurie, and is being treated for Lyme disease.  She still has issues with her back end, but can get around OK.

I have an indoor/outdoor wireless thermometer.  I'm a weather nut, and I have to know the temperature outside.  Well, I decided I needed to know the temperature in the pump house more, so I put the transmitter on the floor in the pump house where the water pipe comes out of the ground and runs to the pump.  That would be the coldest place in there, and would alert me to any upcoming problems.  While I was placing the transmitter on the floor, I could feel a cold breeze blowing through there.  Following it, I found a huge hole on the floor between the pump room and the attached woodshed.  No wonder the pipes froze.  I plugged it with paper towels.

Despite the rotten day of frozen pipes, I took time to photograph some of it. 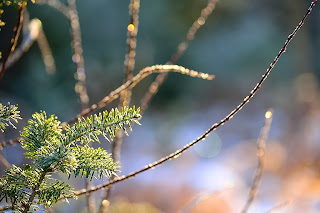 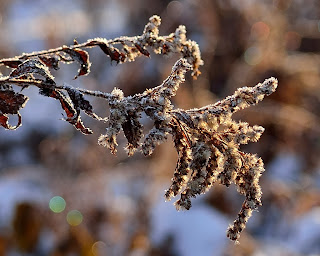 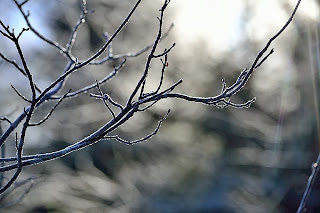 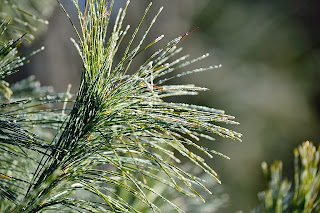 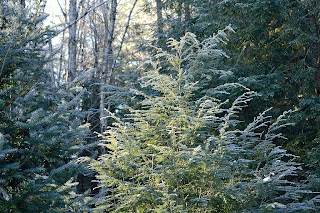 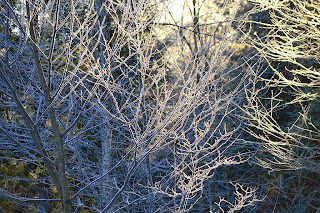 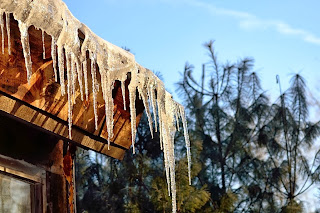 Today's plan?  Clean ashes out of the woodstove and scatter them on the steepest part of the icy driveway of death, and stop by R&R Firewood to prod them to get over here.  We're down to a two or three day supply of firewood.  Since it's our only source of heat, it's important.