Do you have a Twin?

While each of us is unique, it's been said that we all have a twin, or at least someone really close in appearance.  That would be my childhood friend Bob and me.  In high school, we were the same size and weight (skinny).   We were in the same grade level in class.  We both ran cross country. 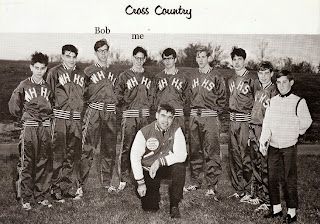 Later, we both attended SUNY Plattsburgh, where I met my first wife.  For the first couple of weeks after we met, when she passed Bob or me, she didn't know for sure who it was.

Well, we went our separate ways and fell out of touch for a few decades.  We found each other on Classmates.com and reconnected.  It's amazing to me that after all this time has passed, we still look much alike.

I don't know if Bob saw me change my Facebook profile pic to this one below, or saw it on this blog, but he emailed me the photo below mine. 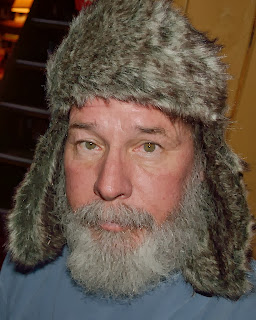 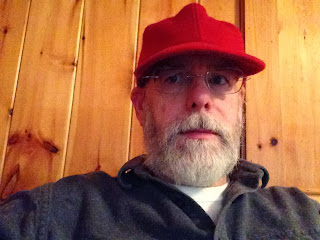 Both bald, with a beard and moustache.  Both about the same weight, although I might be a little skinnier now since I lost so much weight, first from my Bleecker Mountain Weight Loss Program (picking up rocks) and then losing my appetite after my accident and concussion.

Our political views are almost identical.  No, I won't post them here.  No one reads this blog to listen to me rant and rave about politics.

We also live in similar places.   Bob has a beautiful house on a small lake in the mountains outside of Troy, and Pam and I are living in our Unabomber Cabin in the woods.  We both started our blogs about the same time as each other, Bob's being Rensselaer Plateau Life.

We both have this need for data.  While I have a small, inexpensive weather station so I can tell the temperature, wind speed,  and humidity at a glance, Bob has a professional grade weather station.

As many of you know, I love art and I'm really into photography.   I'm not sure about Bob in this area, but Bob's dad was a wonderful artist.   Bob must have some of that in his genes.

We both are on our second marriages, and we both have college educated kids that are doing well.

Believe it or not, we didn't get together this year after we laid up Drift Away in Jacksonville and drove north.   First I was busy with the property, and then I was laid up with a broken neck, and then it was the holidays.  Next year for sure.
Posted by Dave Gibson at 4:09 AM