First, I need to start off by wishing Pamela a happy second anniversary!  It was two years ago today that we were married in Saratoga Springs.   What a fine day it was, perhaps made just a little more intense by having such a difficult time getting there on Drift Away, our trawler.

I love you as much today as I did before, Pamela.  Happy anniversary, and many more  to come.

I was so nervous that I don't remember the vows we took, but hopefully the Reverend RW had something in there  about in sickness and in health, for better and for worse.

I don't know if Pam shook the camera, or if I actually look like this. 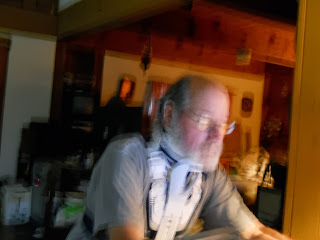 This is pretty much my day.

With considerable difficulty, Pam got Jeremiah in the trailer and hauled his horsey butt over to Rockwood State Forest to go trail riding with her best friend Kim and a couple of others.  What a beautiful day.  The photos were taken with Pam's little point and shoot and so not up to our blog's usual  quality. 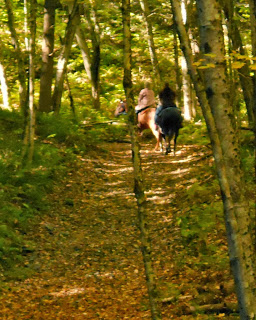 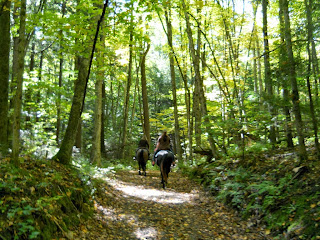 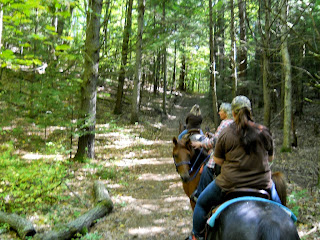 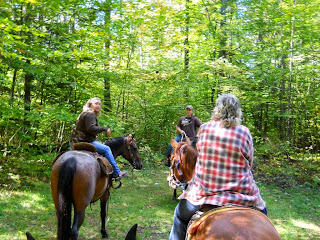 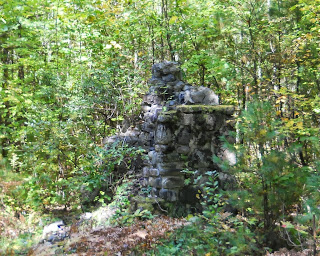 What is rumored to be the ruins of one of Noah Rondeau's cabins, though I doubt it.  Many Adirondack hermits built little cabins and huts all throughout the Adirondacks to use as hunting camps and, I suppose, for a change of scenery.  Rondeau was born in the late 1880s and died in the mid-1960s.  He mainly frequented the high peaks area of the Adirondacks, and so I think this rumor is probably wrong.  What it is, though, I couldn't say. 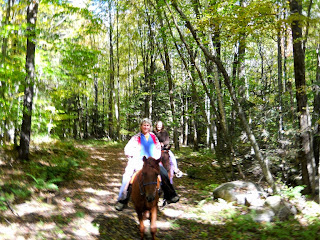 Pam had a great day and hopes to do a lot more riding before the snow flies.