Which Way Is North?

We're in Florida, a long ways from Bleecker in upstate New York.  Things are different here.  First of all, it gets dark much later.  It's dark around 5 PM in Bleecker, but well after 6 PM way down here.

One problem I have is taking star trail pics of the North Star.  Basically, I can't find it.  I finally figured out which way was north, but this was my photo last night.' 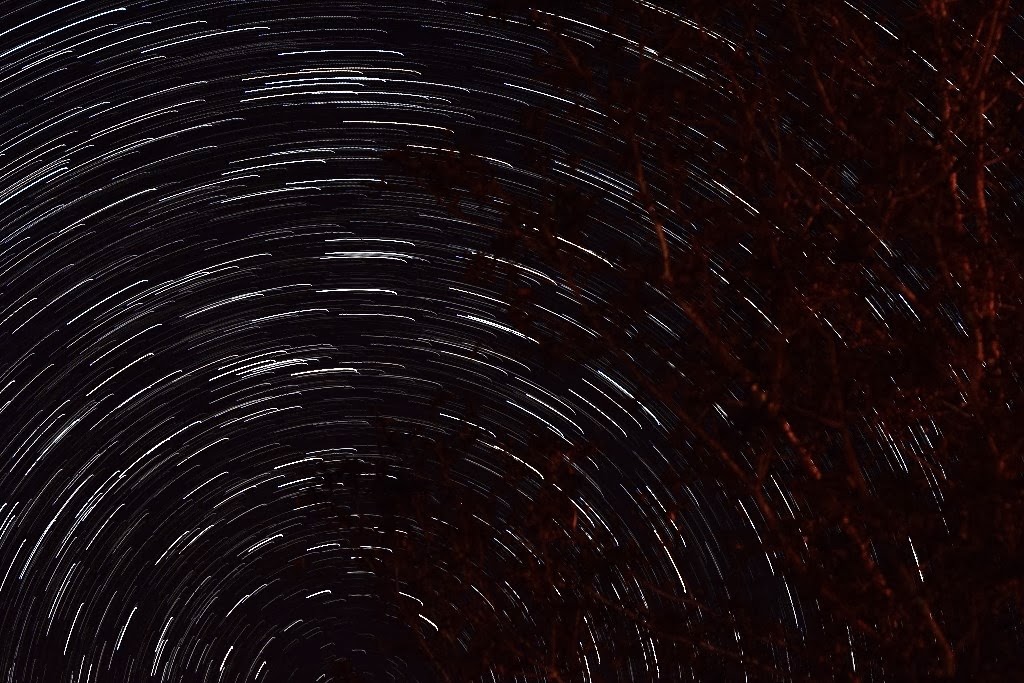 As you can see, I messed up.  I totally missed Polaris.  I aimed too high.

In other news, Pam and Trisha (the Griffin Ranch's owner's significant other) went trail riding, and today they're going to ride some of the other "barn sour" horses in the Griffin herd.  There's a slight possibility that I may even ride.  We'll have to wait and see.

In critter news, we were outside enjoying a fire last night, and we heard a cat howling in distress, as if being attacked.  Leo was out.  We're worried that it might have been him.  He's a big cat, but no match for a coyote.

6 AM update - I opened the RV door and called Leo, and he came hopping right in.  He's fine.  I don't know what cat we heard in distress, but it wasn't Leo.  Actually, he's a very big cat.  Perhaps the coyotes should be worried.
Posted by Dave Gibson at 6:03 AM