I don't know much about horses.   I get dogs and cats, but not horses.  Pam grew up with horses and understands their behavior.   She can read them like a book.

Part of the deal she has with Griffin Ranch is to work with their horses.  They don't get ridden enough.  I learned a new term yesterday.   Pam says they can get "barn sour", meaning that they won't want to be ridden and would rather stay in the barn, or in the case of Griffin Ranch, stay with their herd. 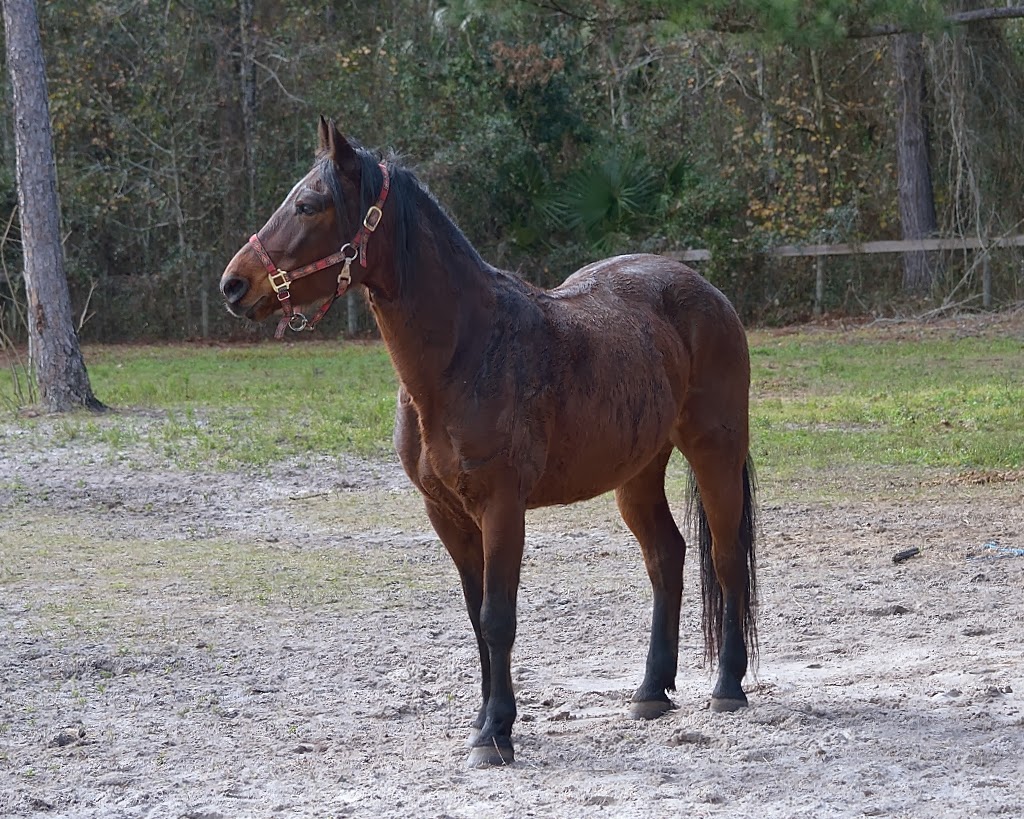 Jeremiah, trying to work himself into the herd. 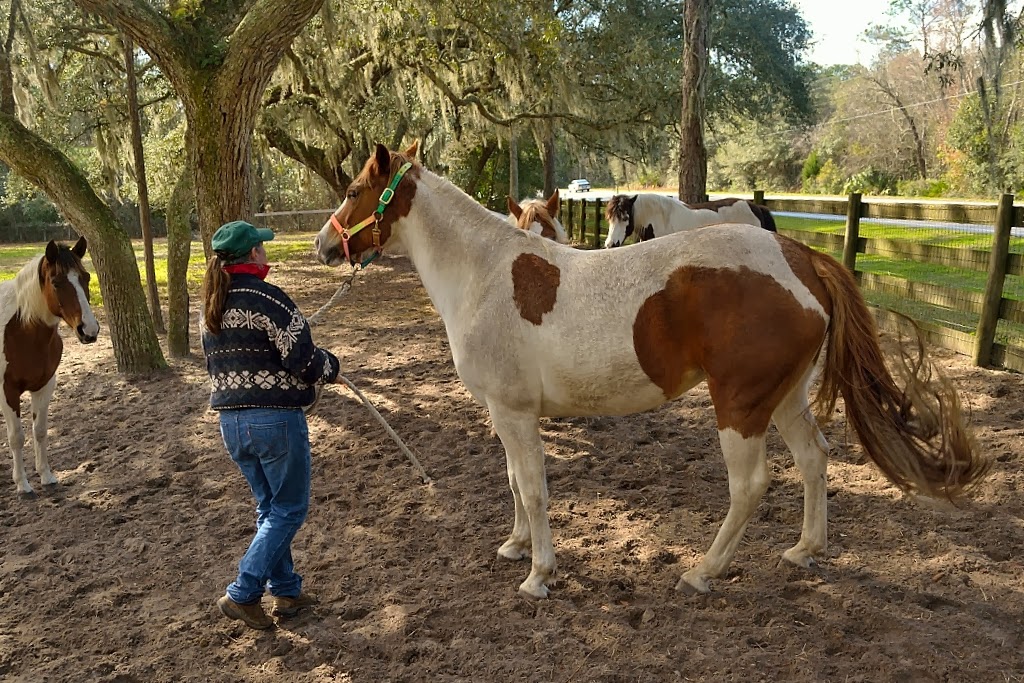 Daisy hasn't been ridden much and is "barn sour".   Pam had a hard time getting the bridle on her, and then she didn't want to be led. 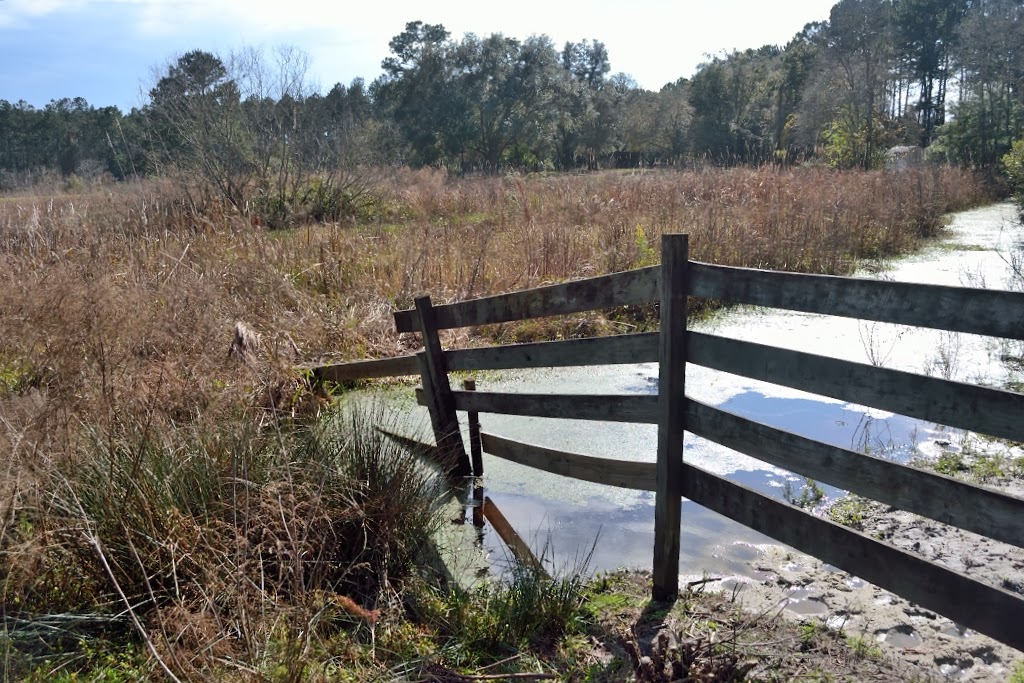 The fences run down into the swamp to keep the horses from getting around it. 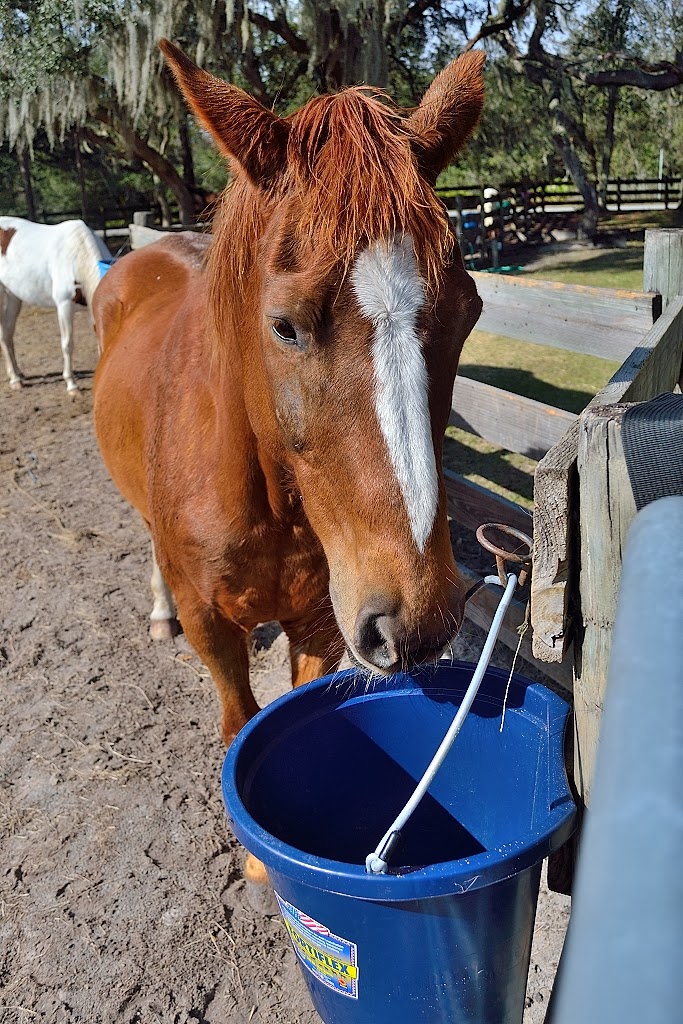 The horse on this side of the fence is Trooper.   He's 34 years old, very old for a horse.  Carl Griffin, the ranch's owner, didn't want to stress him with Jeremiah. 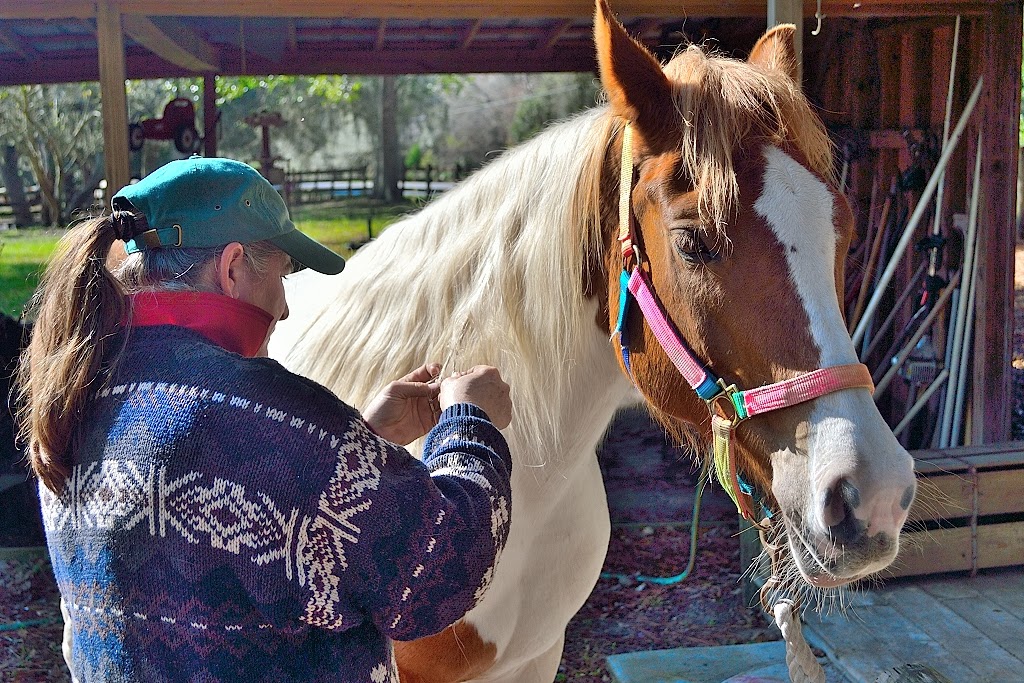 Pam getting snarls out of Daisy's mane.  She seemed to like being preened. 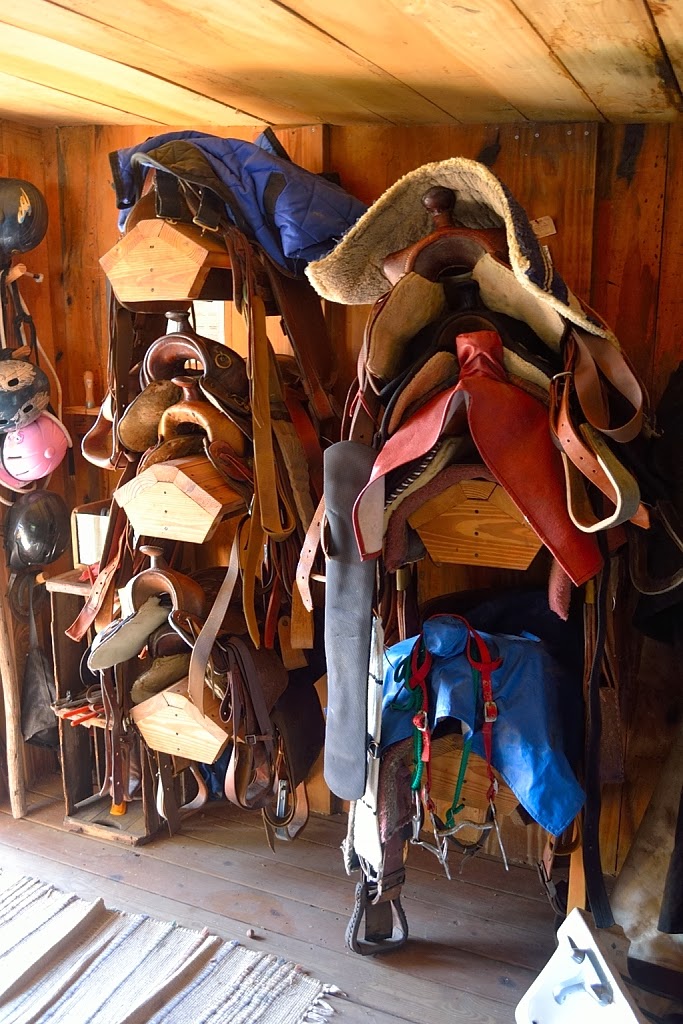 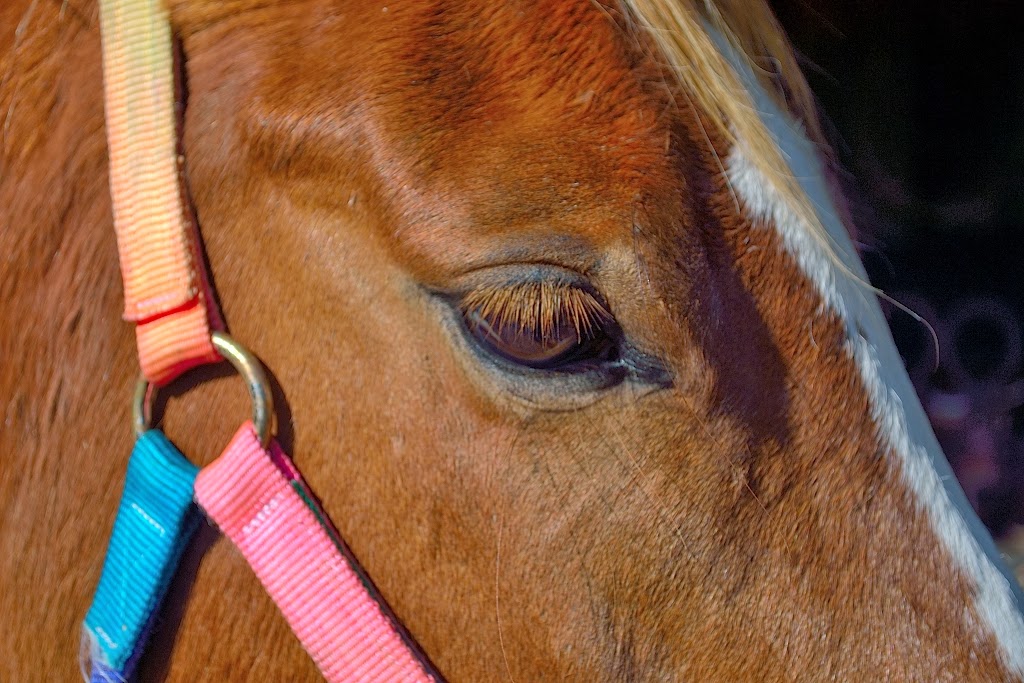 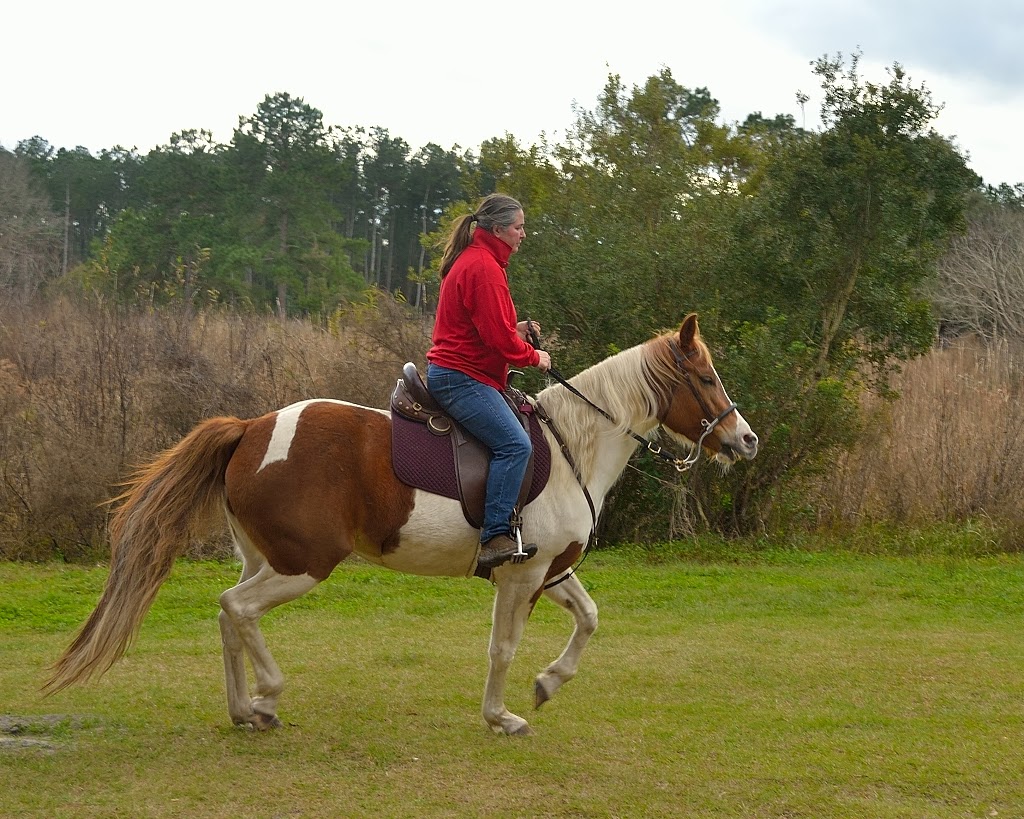 Daisy tried to buck Pam off, but she stayed on.  Daisy wanted to go back to her herd and not where Pam wanted to go.  Pam persuaded her otherwise. 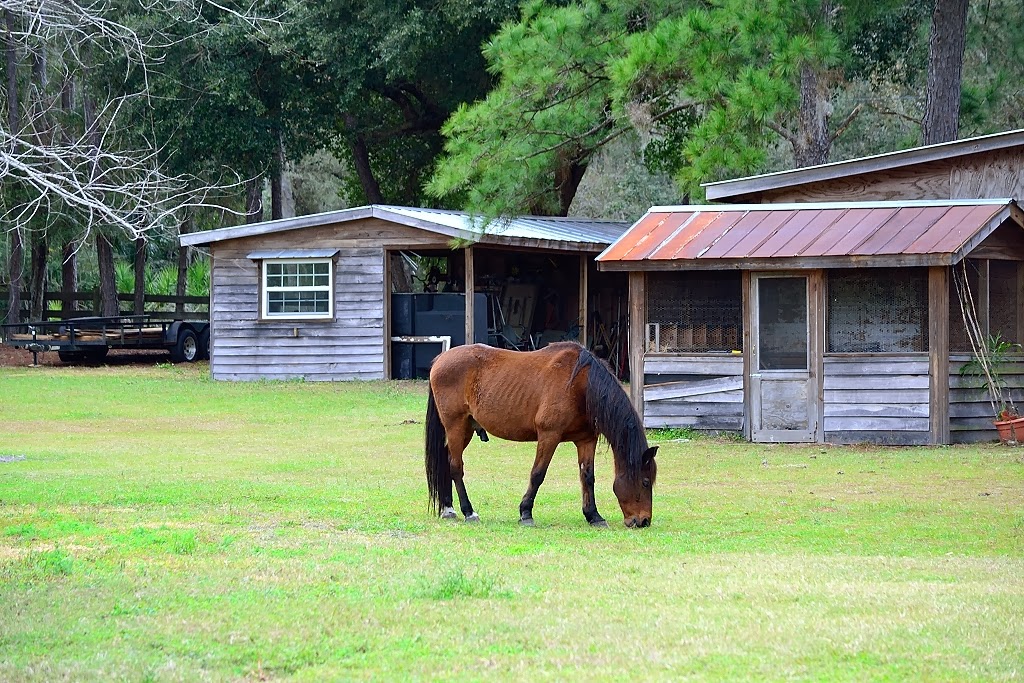 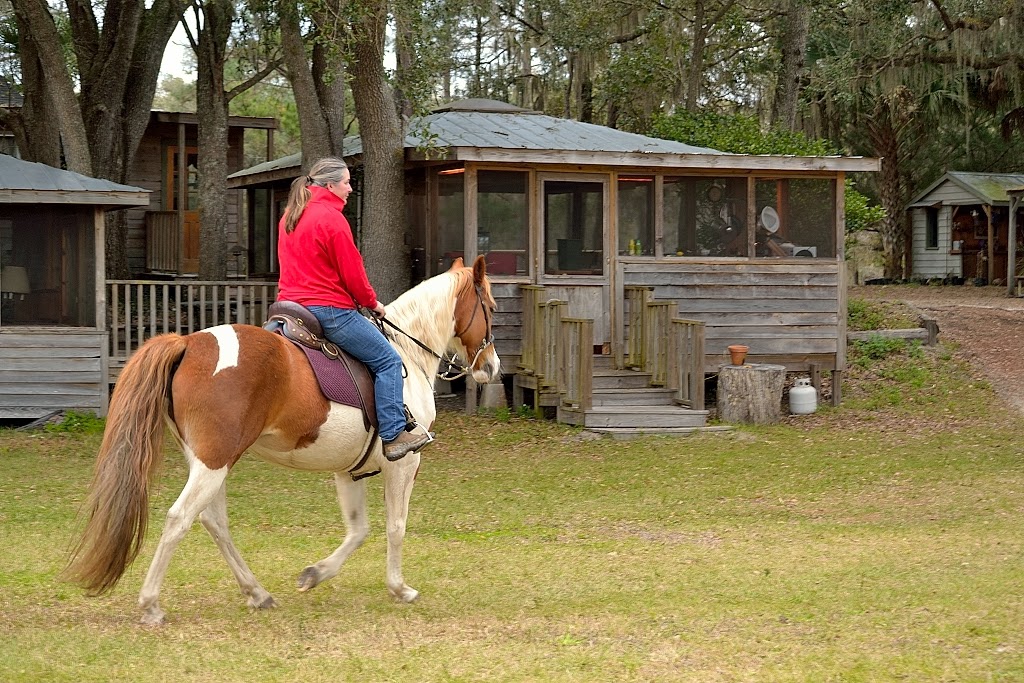 Riding through the ranch.  That's the dining hall in the background. 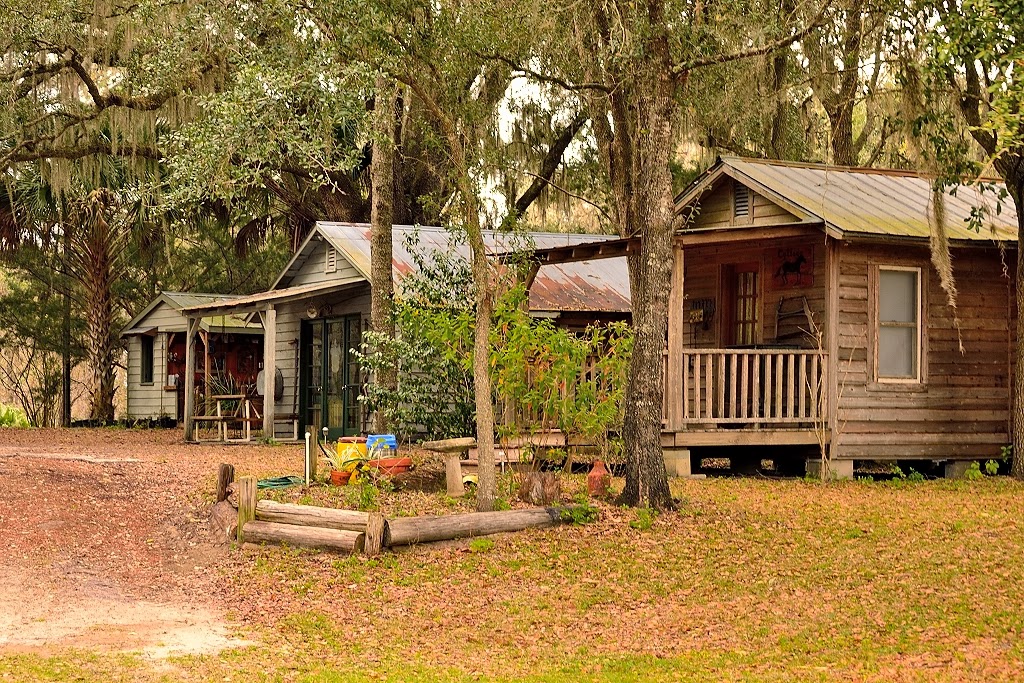 Cabins that can be rented.   They're very nice inside and rustic. 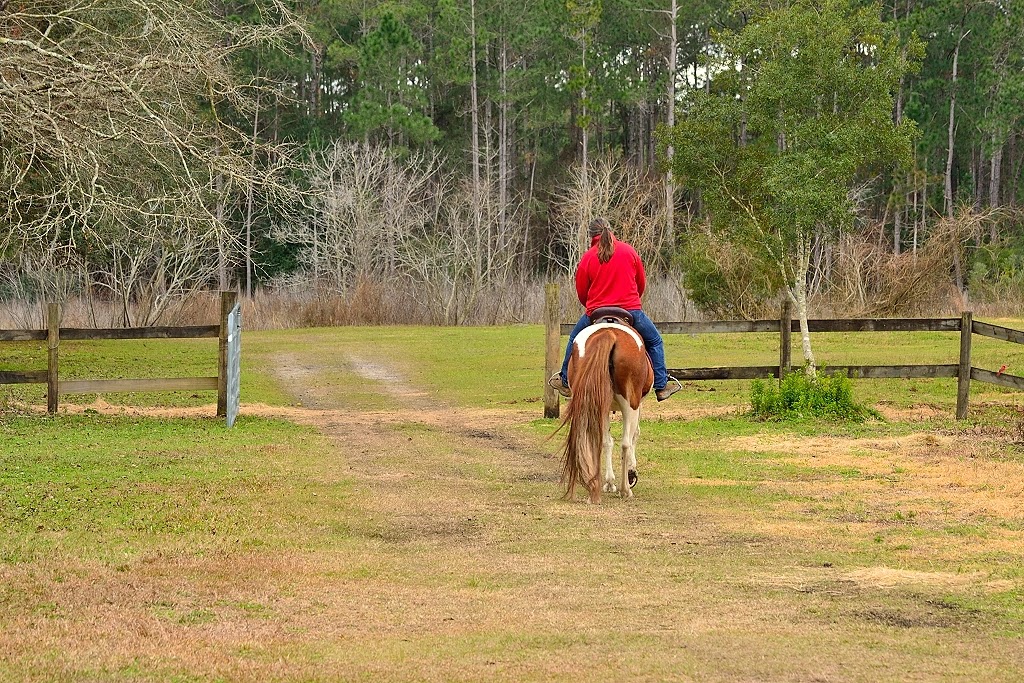 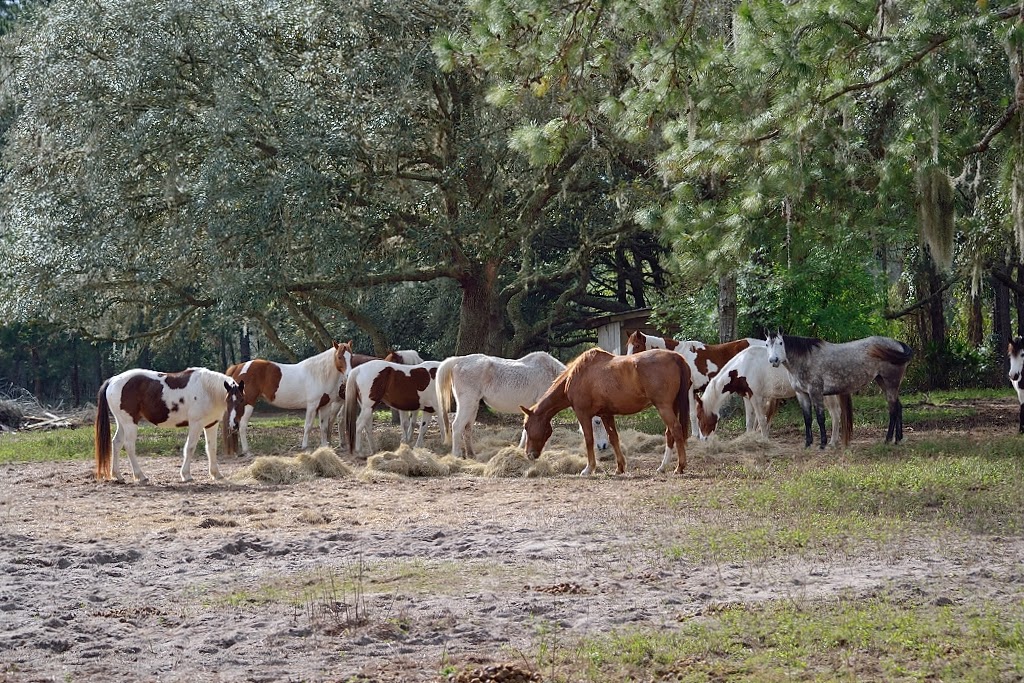 The horses were fed hay.  It was dropped in one pile, and the dominant horses were keeping the others away. 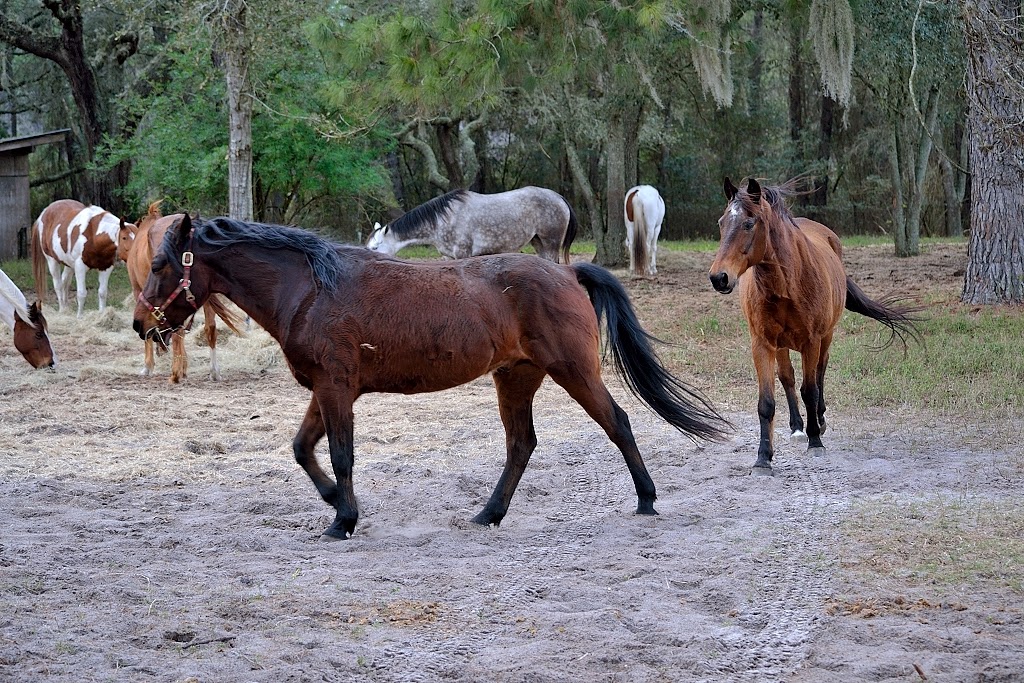 Like this.   This is a mare named Honey chasing Jeremiah away. 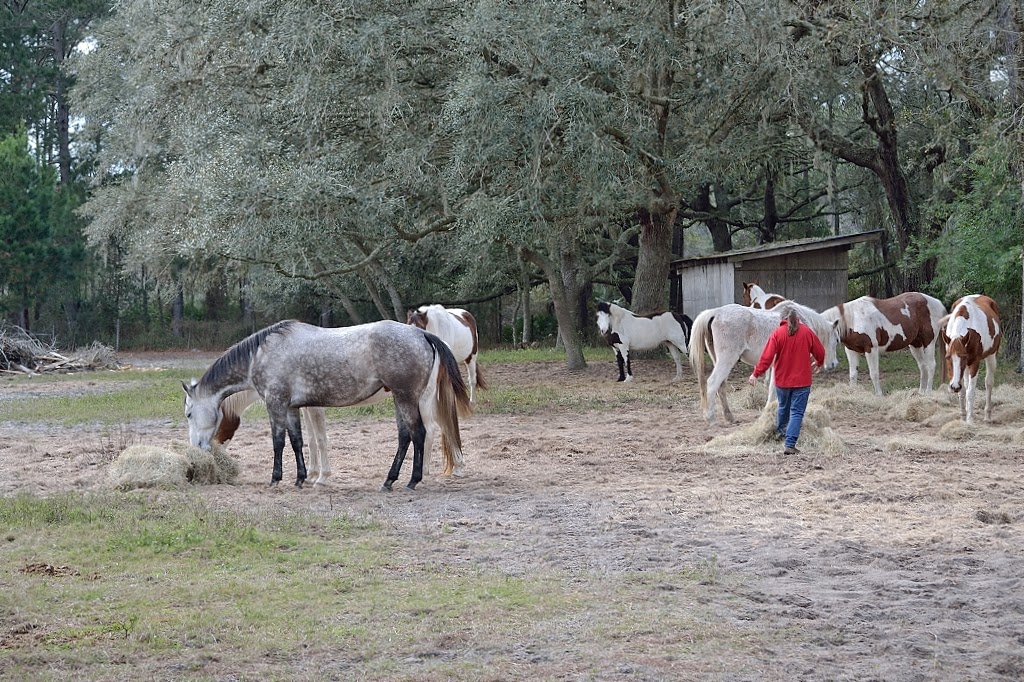 Pam spread the hay around so all the horses could get some.

Today we're driving to Green Cove Springs to pick up our mail from St. Brendan's Isle mail forwarding service and to check on our trawler, Drift Away.  We need to start getting our things off of it like a TV, patio furniture.  We've got several interested buyers, so hopefully it sells soon.