From Horses to Boats

Pam and I visited Drift Away yesterday.   Drift Away is the trawler that Pam and I, and our many critters, lived aboard for three years.  We cruised from Stamford, Connecticut, up to Albany New York, and then down to just south of Jacksonville Florida.  We had some issues at first, but from New Jersey on, he performed flawlessly.

He's about an hour and a half drive from Fort McCoy away.  He looked a little forlorn, quite honestly. 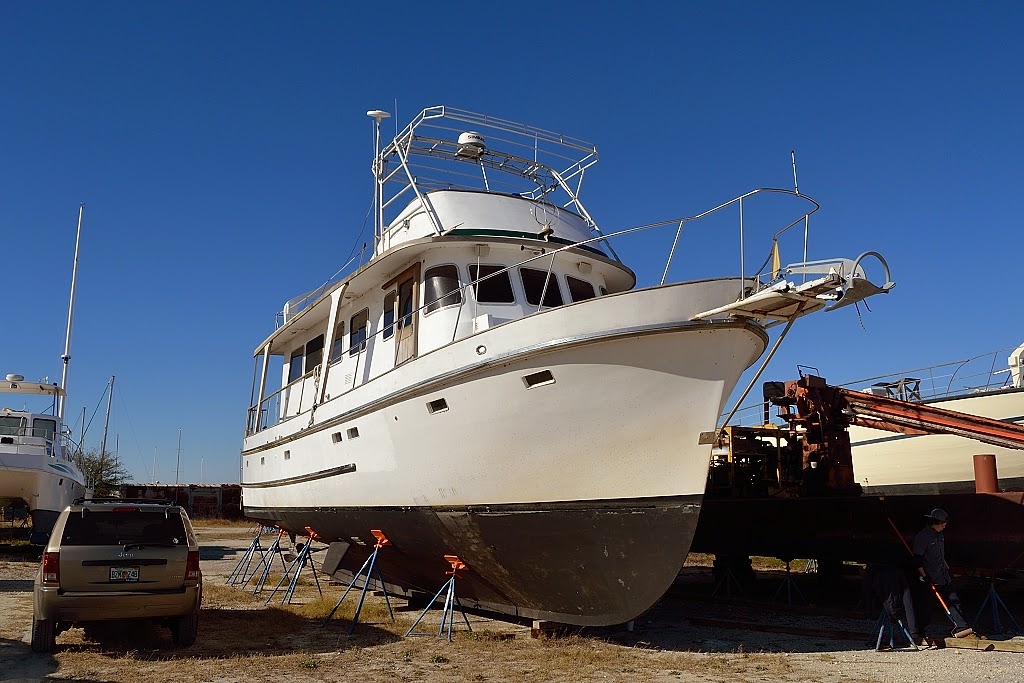 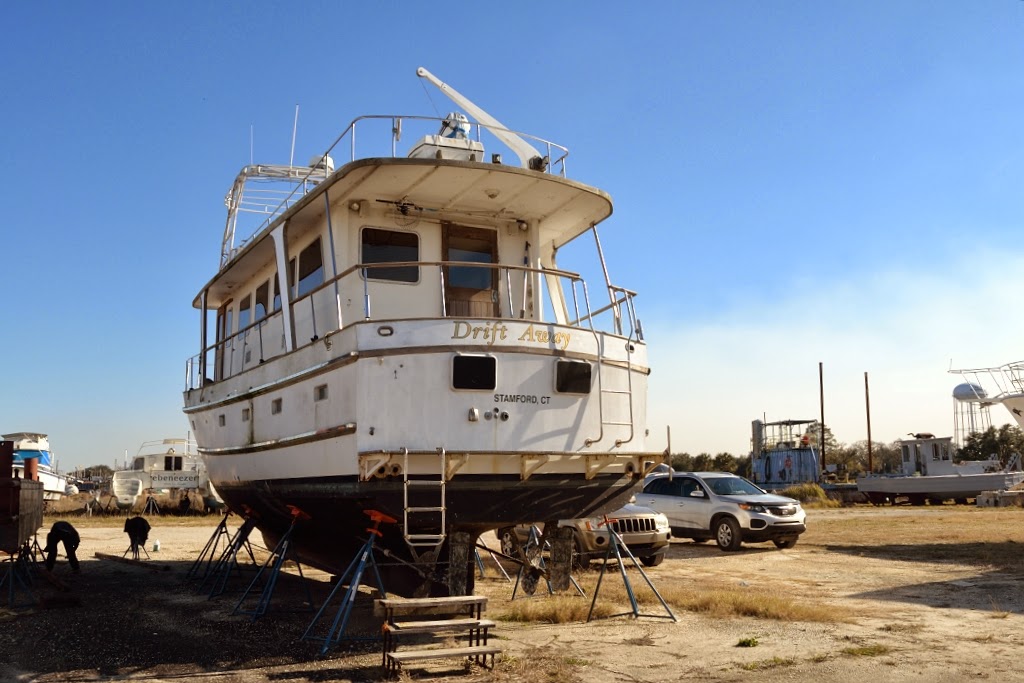 Many potential buyers have been aboard since we left him in Green Cove Springs last May.  Sadly, I was disappointed in what I saw.   There was a port window left open, for one.  But some idiot took a knife and slashed the headliner in the main saloon to see what was up above it.  Yep.  That's right.  Just cut the headliner.   Sure, he could have taken a screwdriver and removed a light fixture, but that would have required some effort on his part.  Much easier to just cut a hole.

Other than that, Drift Away looks like he's doing well.

Both Pam and I got a little teary eyed being on the boat.  Such wonderful memories we have.  Do we really want to sell Drift Away?  Why not just fix the exhaust leak, launch him, and continue on?  At this point, Drift Away is a go-anywhere boat.   Oh, the places we could go...

But then again, we now have Jeremiah the  Horse.  And "The Boat" motorhome.  It is time for Drift Away to find someone else to love him.