I went to our boat, Drift Away, yesterday to meet a perspective buyer.  He cancelled, having bought the first boat he looked at, but that was fine by me.  I'm not ready to sell Drift Away.  Yeah yeah, I know I have too.  I'm forgetful since my accident and concussion (more forgetful than usual), and one thing you can't be on a boat is forgetful, even cruising the ICW.  So even though I know its time to sell Drift Away, I can't say I was disappointed when the broker called to tell me that the customer cancelled.

On the return trip to Fort McCoy, I drove through the Ocala National Forest.  The topography here is flat, and the roads are straight and featureless.  The speed limit is 60 MPH as the state knows that everyone wants to get this drive over with.

I noticed an interesting cloud formation ahead.  It was no cloud.  It was smoke.  The Ocala National Forest folks were doing a prescribed burn, which burns out the underbrush from the forest.  According to their website, "Burning our flammable habitats on a regular schedule reduces the threat of wildfires, removes dense understory build-up, and improves wildlife habitat. Frequent fires are necessary for regeneration of certain plant species."

Yes, I often drive with my camera in the car. 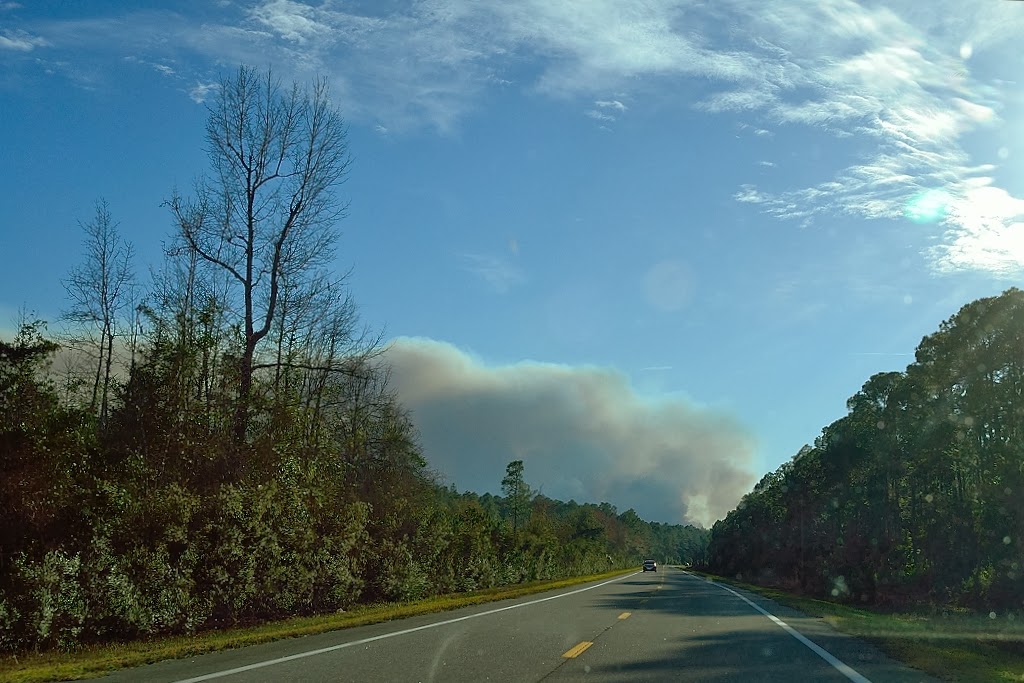 I thought  I'd try night photography here in Florida.  Last night was cold and clear, and while I didn't expect anywhere near Bleecker quality stuff, I did get something interesting. 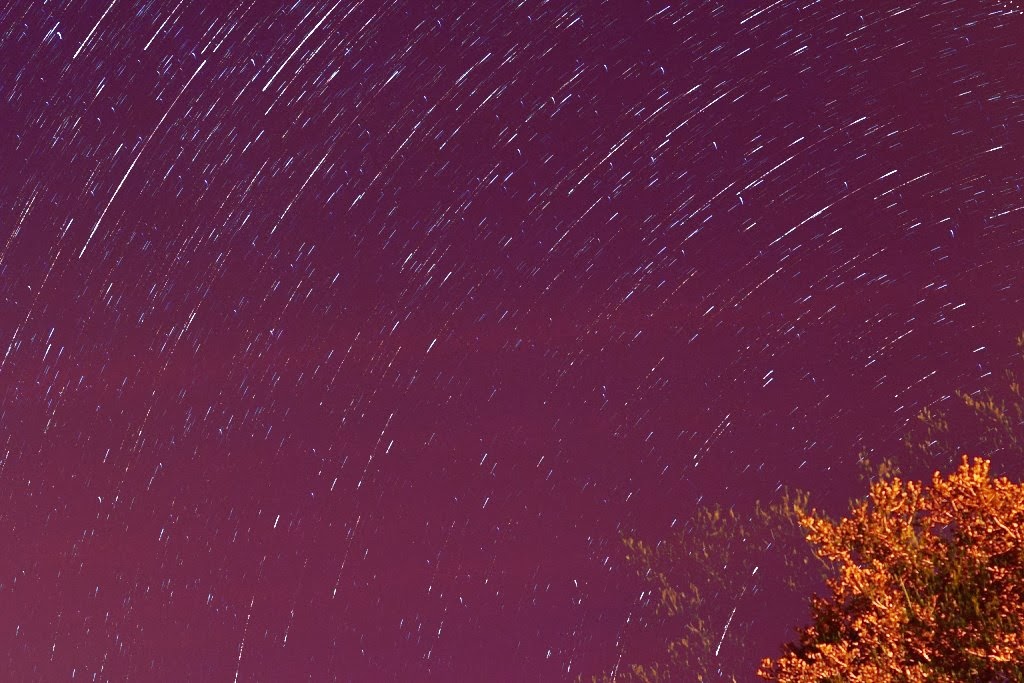 If you click on the above photo to enlarge it, and look at it closely, you'll see many streaks of light that aren't following the standard clockwise rotation.  Those would be meteors, captured somewhere in 85 thirty second exposures.

Today I plan on working on the lights on the horse trailer.  They don't work at all now.  What's that?   Oh right, I should tell you.  There was a broken wire on the car's plug and I replaced it.   The trailer lights didn't work all the way from New York to Florida.  I followed Pam in the motorhome.  We both had walkie talkies, and Pam and I would communicate all the way down.

"I'm turning left," Pam would say, and I'd turn on my indicator.

That never happened on Drift Away.  Well, except that time we lost both engines off Sandy Hook.  That was another disaster.  That was recorded on Drift Away's blog in an entry called "Getting the Snot Kicked Out of Us".    If you read that, and look at the photos, you'll get an idea of what RV "The Boat" looked like inside.