There are many strange, unexplained things that happen in this world.  Some are based in science and nature, some are supernatural, and some are religious.

I am a skeptic.  I'm not a believer, nor a non-believer, in most things not tangible.  When I had my boat on Lake Champlain, for example, I didn't go looking for Champ, Lake Champlain's version of the Loch Ness monster.  But when he came looking for me, I became a believer.

Many years ago, Pam was with her kids at the local hospital's primary care center.  Megan and Sean ran ahead of her, and held the door open for a portly old gentleman.  As he walked through the door, Pam apologized for her kids.

"You have very nice children", the man said.  "Have a Merry Christmas."

Now, two things here.  First, this was in the summer.

Second, he removed his baseball cap, pulled a photo out of his cap, and handed it to Pam.

Pam looked at the photo.  It was a pic of Santa.

Pam looked up to thank him, and he was gone.  In a blink of an eye.  It was a long hallway, and there was no logical means for him to be gone so quickly.

Pam kept that photo for many years.  It hangs on the top of her Christmas trees every year, just below the angel.  It was sitting on the top of our box of ornaments, waiting to decorate the tree, and was knocked on the floor by Leo Pard the Cat.  We picked the ornaments up.  The pic of Santa was gone.  We picked up the box and rummaged through the ornaments.  No Santa.  We looked under the sofa and behind tables.  No Santa.  He was simply gone, and Pam was devastated.  We searched for Santa's pic several times, leaving no stone unturned.  We went through the ornament box a half dozen times.

Yesterday, we decided to take down the tree.  Pam picked up the box, and there it was.  Like magic, it was hanging on the side of the box. 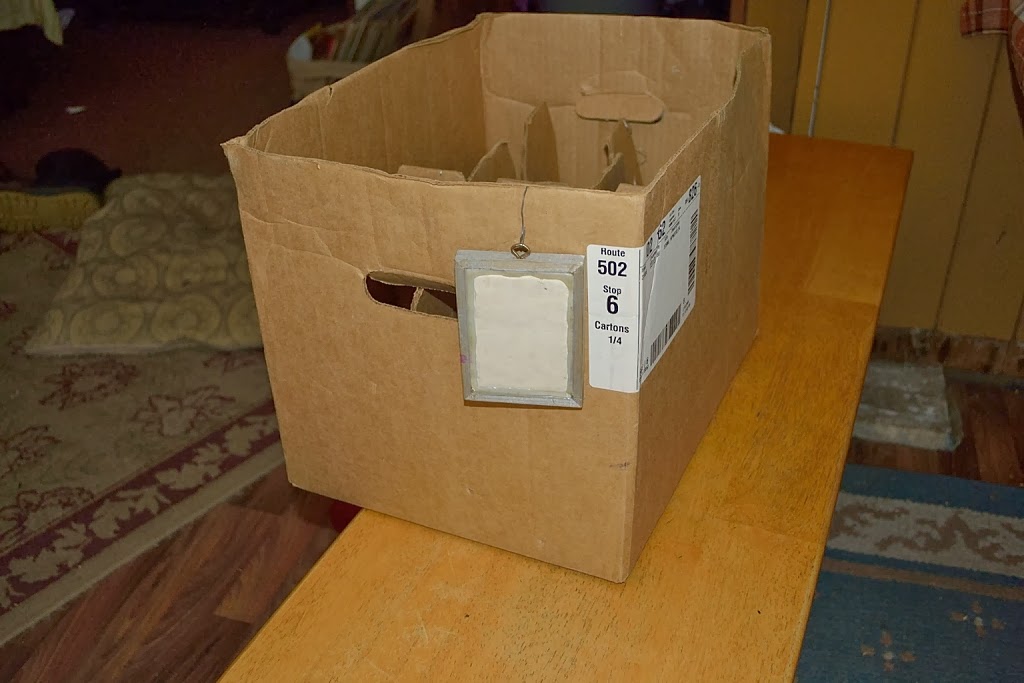 Now, we both inspected this box.  While I suppose it is possible that we just didn't see the photo hanging there, it is highly unlikely.  I prefer to think it was Santa, just messing with us.

Before we took down the tree, Pam hung Santa in his place of honor. 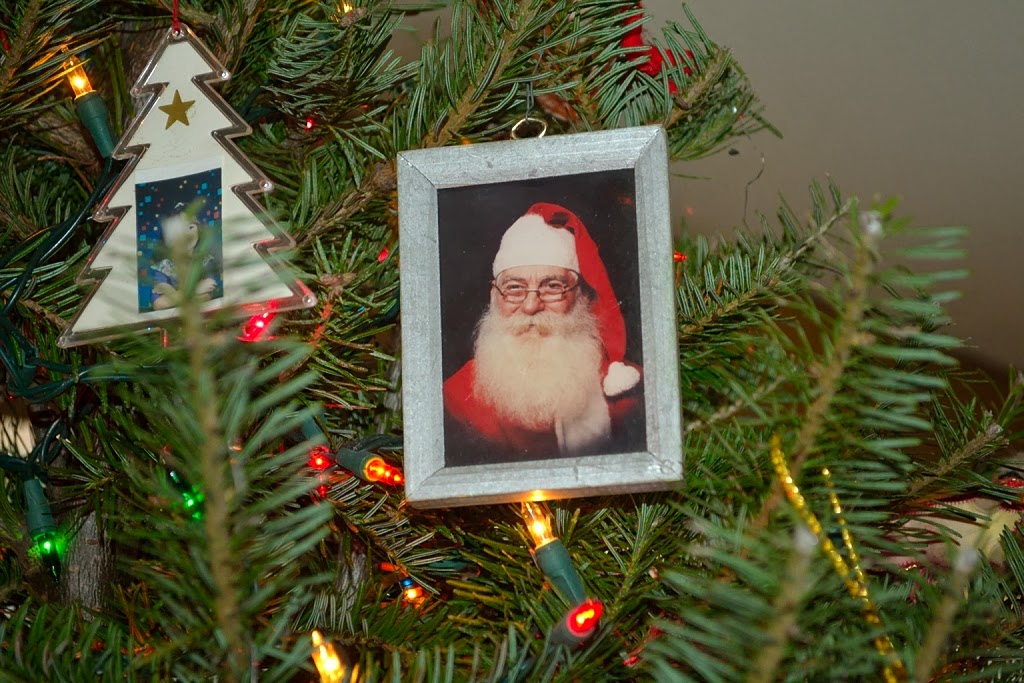 And yes... the fellow who gave Pam the photo was a dead ringer for the guy in the pic, only in coveralls and a baseball cap.