Chevy and the Goats' Horns

Chevy is a pitbull.  He was bred to bring down livestock, including big animals like bulls.  Trust me, he could if we let him.

Chevy has a tough time with Amos and Andy.  He wants to eat them, but he realizes that it is not OK with us to do that.  So he lords over them constantly, following them all around.    What I've come to understand is that Chevy does not understand what they are.

Chevy is fascinated by their horns.  Quite simply, he doesn't get it.  Are those teeth on top of their heads?  Chevy licks their horns since licking is one of his senses, and bites at them to pull them off.

Yesterday was a rainy day, and while Pam took Jeremiah to go riding, I sat on the property with the dogs and goats.  When it started to rain, I sat in the tractor-trailer trailer.  The goats, being goats, had to be in there with me.  Goats are very sociable critters.  They also eat everything, or try to.  Such as my camera. 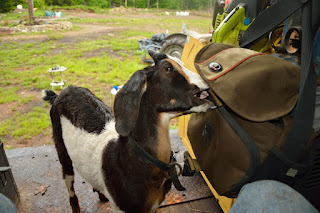 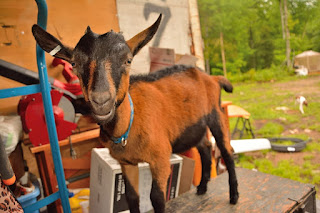 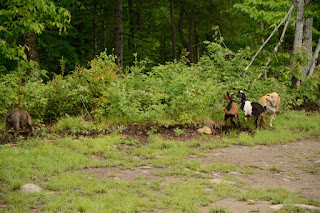 Andy the Goat, minding Chevy.  Goats have horns for a reason, and will butt with them.  Chevy doesn't understand this. 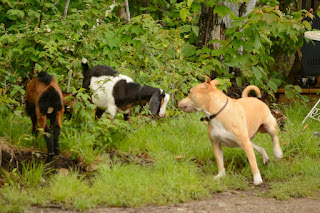 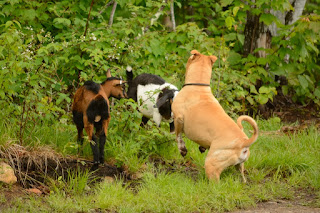 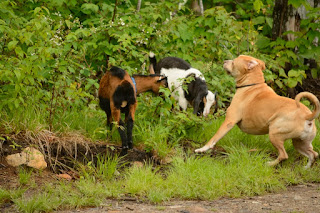 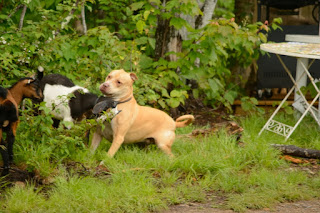 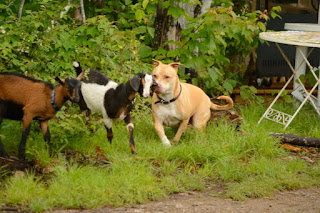 And so the goats ran off, with Chevy along side... 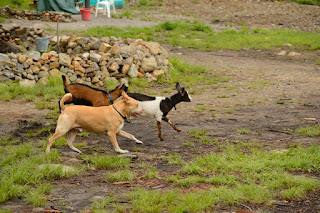 It is all pretty comical at this point.  Chevy knows he cannot eat the goats, but he does not know what to make of their horns.  I'm thinking that Chevy thinks the goats are funny dogs, with  teeth on top of their heads.  Quite simply, he just doesn't get it.