I'm a grandfather! We arrived in Florida in mid-January, and our un-spayed female cat escaped from the motorhome. We had intended to get her spayed down here, but it didn't happen. What did happen is that the little tramp got herself knocked up. Well, she had three kittens today.

Its my understanding that Bleecker kittens fetch a huge price, often in the thousands of dollars, but because of the  father, who is of unknown heritage and who is from Eureka Florida, we're going to let them go for a fraction of that price. Aw, what the heck. I'm in a good mood. Free. They'll be weaned the first week of June, and we'll be back in upstate New York then, so we'll even deliver them right to your doorstep for free.

Please don't all come clamoring at once. This is on a first come, first served basis. Only three of you will be awarded one of these kittens. Heck, I might even toss in the mom to some lucky person chosen at random. 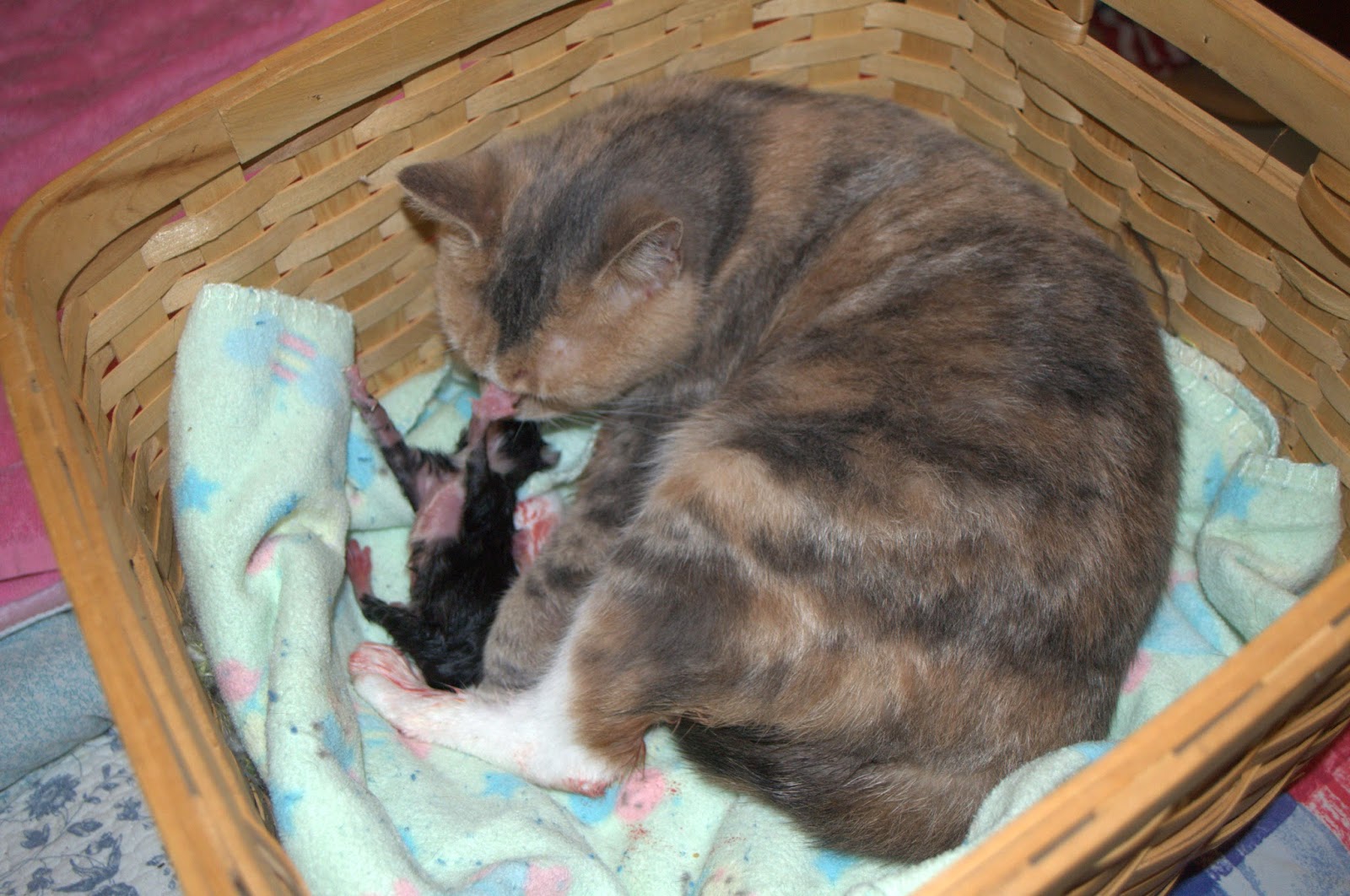 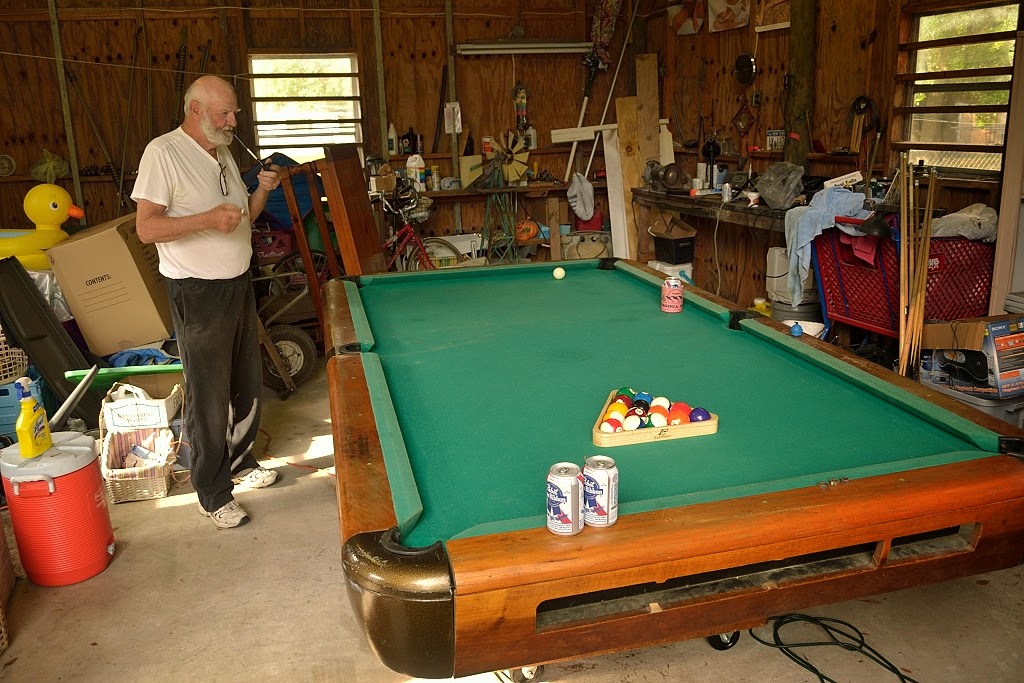 We played many games of eight ball.  We're both obviously very rusty, but it helped that we didn't level the table and all the balls collected at one end and rolled into the corner pockets.  Yes, those are victory beers.  And yes, we eventually leveled the table, which makes the game much more difficult.