Pam and I spent all day Wednesday running around for medical appointments.  One now needs a slew of tests before surgery.  EKGs, blood tests, MRIs, CTScans, physicals, etc.  We visited friends in Albany and stayed for burgers and slaw and then made our way back to Bleecker.  We could see the ominous clouds in the distance as we drove west.  Would we make it to the Unabomber Cabin and be able to let the dogs out before it hit?  Nope.  About ten miles away, we got hammered with the mother of all storms.  The wind whipped the trees and the heavy rain pelted horizontally.  I slowed to just 30 MPH.  Trees have a tendency to fall here in the mountains, and trust me on this one, I'm sensitive to falling trees.

We were only a hundred yards from our Unabomber driveway when there it was.  A tree was right across the road.  Pam, being a pioneer kind of woman, jumped out of the car and into the rain and cleared away the loose debris, and then bent branches back so I could drive under it.

Today, we took Chevy to the vet's office for a follow-up visit.  In the four miles from the Unabomber Driveway to Benson, there were eight downed trees.   One was right at the head of our driveway to our property. 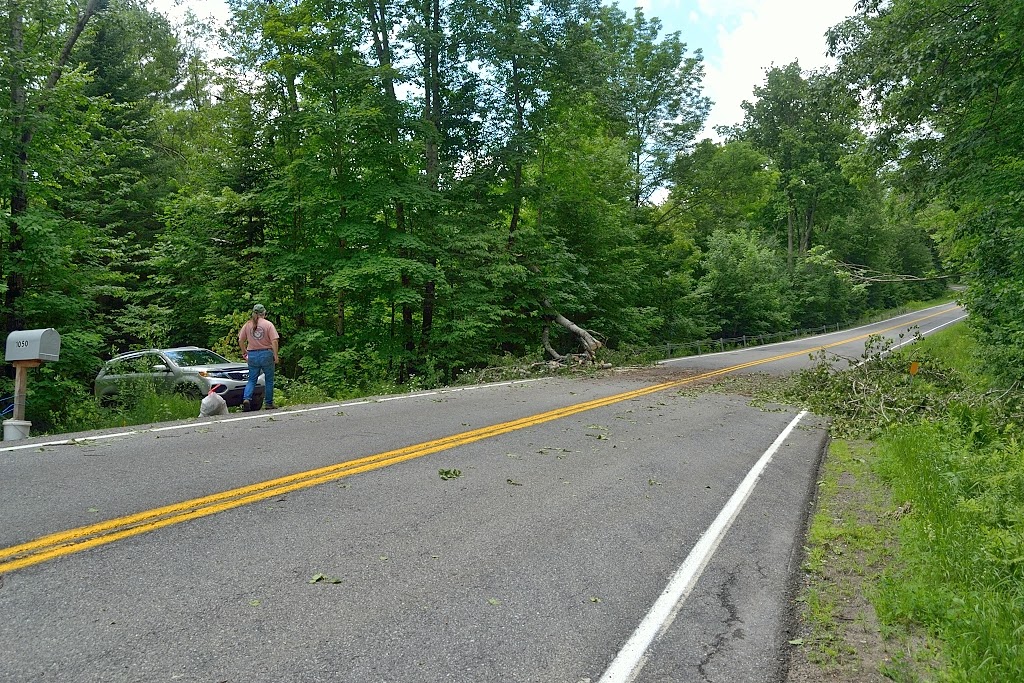 Thankfully, the town is right on top of this stuff and sent out crews to clear things up.

Interestingly, all the trees that fell, fell from west to east.  Except ours, which fell east to west.

In dog news, Chevy is holding his own.  He's stable.  I was concerned though, because Gertie, our cat, had similar symptoms.  Several vets were consulted, one of which did exploratory surgery, and no definative diagnosis was every made.  She died a skeleton of herself.  Well, Chevy went from an 80 plus pound hunk of a pit bull... 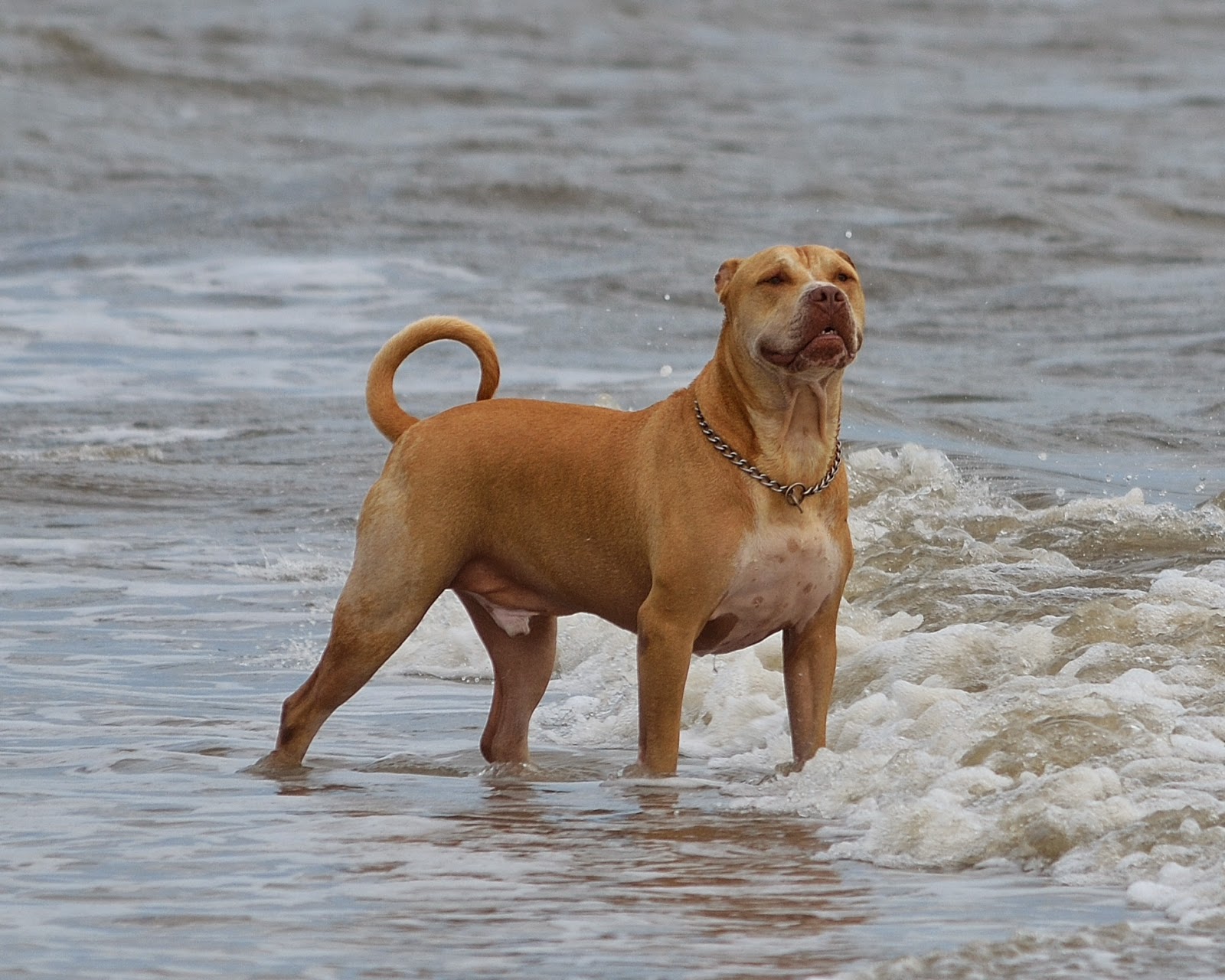 to 70 pounds, and doesn't look good.  He looks thin, drawn, and he's lethargic.  Could this be something contracted during our cruise down the eastern seaboard?  Eating raw oysters?   I was worried about Ruby and we took her to the vet as well, and her blood work came back normal, which is a huge relief for me.

I'm headed to the hospital on Thursday for surgery on my upper spine.  The neurosurgeon will be replacing my compressed discs with springs so I can be a bobblehead.   No.  Just kidding.  He said he will be using "legos" which are some kind of artificial discs.

I'll be in the hospital for a couple of days, so no blog updates.