When building a conventional home, the almost universal practice is to attach to the grid.  You get a pretty reliable source of electricity, albeit at a moderate price for the privilege.

Building in the mountains of upstate New York, the choice isn't always so apparent.  Downed power lines are fairly common after storms in the mountains, and seeing as how Bleecker has a population of about 550 people, we're about the last to get power restored.

We didn't buy an existing home.  We're building from scratch.  Combining my knowledge of 12 volt boat electric systems with my desire to be independent, our choice is fairly obvious.  Go solar, go off grid, and be independent.

I'm a fairly technical guy and somewhat mechanically savvy, but that doesn't translate into being an expert in solar electricity generation.  So like most things I do, I ease into it.  I read all I can, and then experiement.  First, I bought a 15 watt solar battery charger from Amazon.com to charge our RV's house batteries.  It didn't seem up to the task, and so I bought a second one which seemed to do better.  And then I received a flyer from Harbor Freight.  Where I paid $110 for each 15 watt solar panel from Amazon, I could buy 45 watts worth for $150 from Harbor Freight, complete with a flimsy PVC frame and solar regulator.  I went for it.

It wasn't easy to assemble, what with me having had spinal surgery and all, but I got it together. 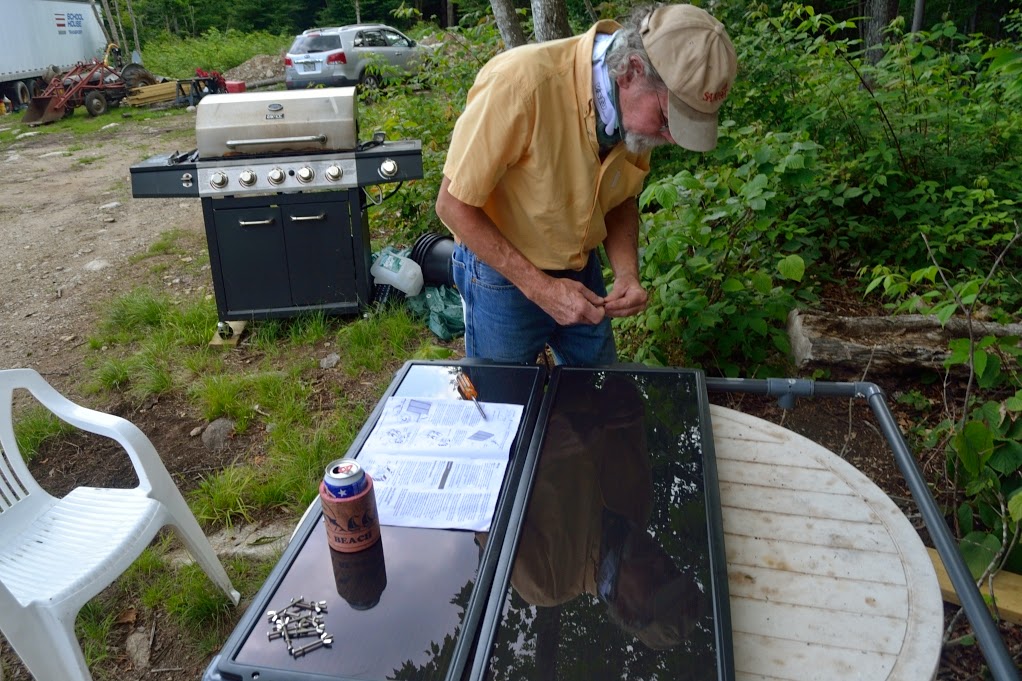 The kit from Harbor Freight came with everything to stack three 15 watt panels together, which made things easier than figuring it all out on my own. 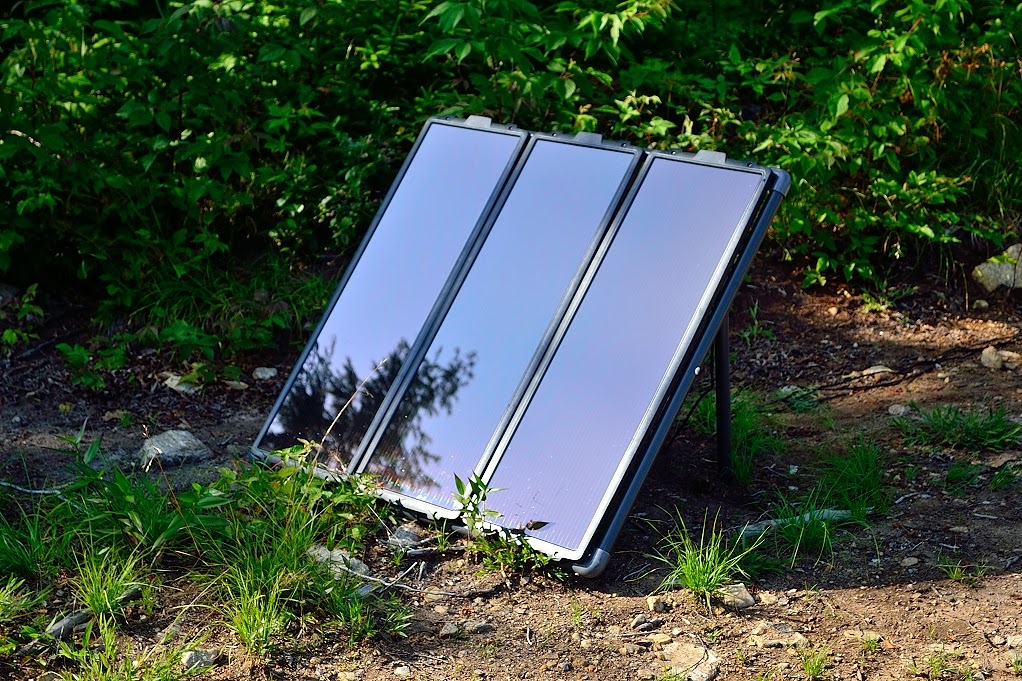 The instructions came with precise measurements to allow for one's latitude and angle to aim the panels towards the sun.  I figured just pointing things in the general direction would work just about as well... and it  did.  Late in the afternoon, the panels were cranking 15 volts into the battery I snagged out of the dump truck. 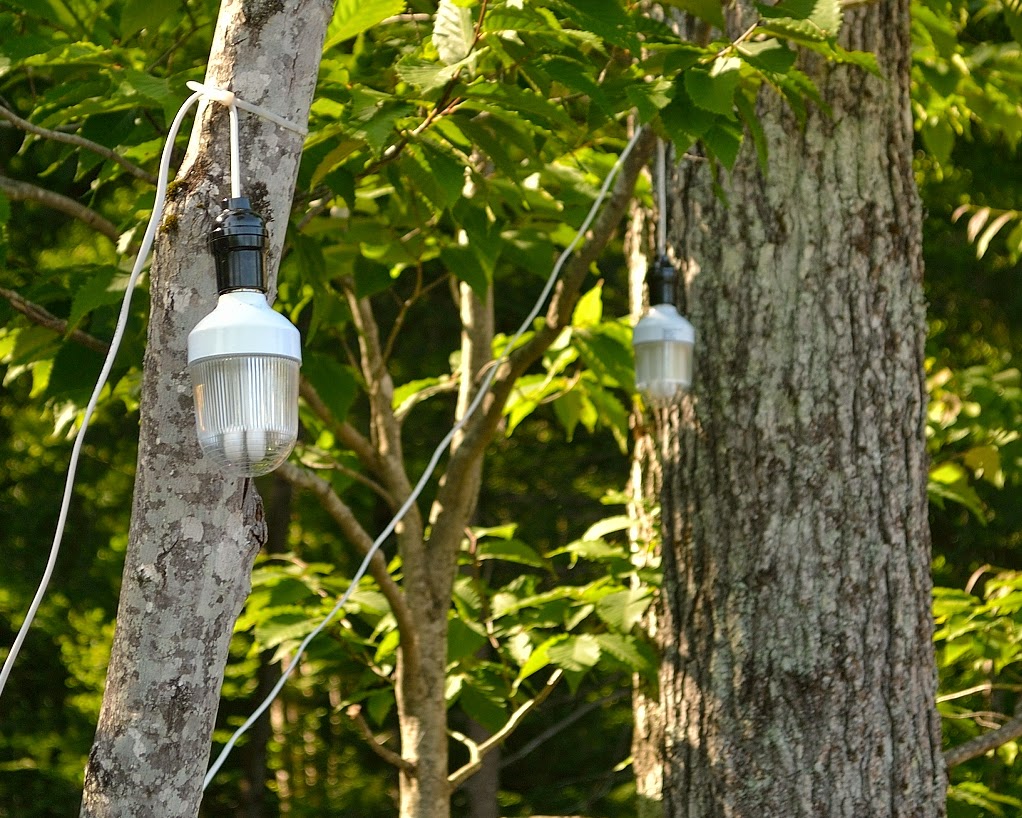 The kit even came with a couple of 12 volt fluorescent lights, which I hung from nearby trees. This might be handy for barbecuing at night.

Pam worked on organizing our storage trailer today and in so doing found an LED anchor light from our friend Michael H of  BIBI Electronics in Fiji.  The amount of light that this produces is amazing. 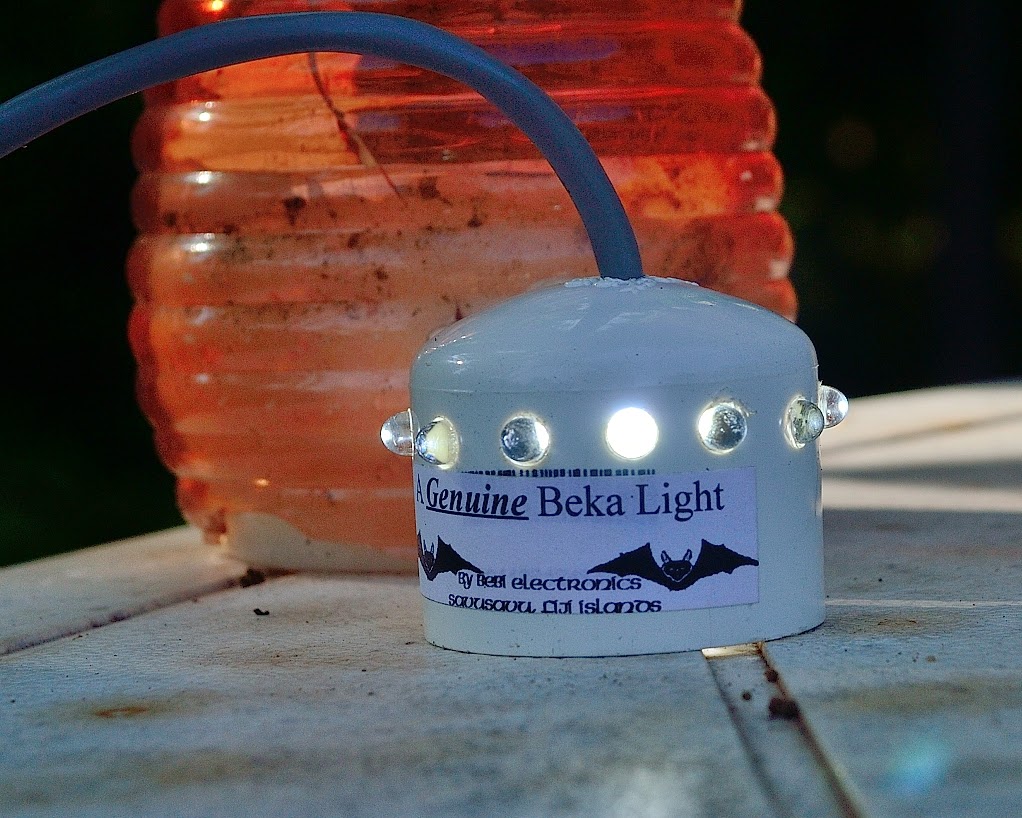 Right now, I'm in the learning stages of solar power production.  The panels we have purchased so far are amorphous silicon and intended to maintain a charge on a starting battery.  This will be fine for lights in the outhouse, but not for powering a small home where deep cycle batteries will be necessary.  Amorphous works well in varied light conditions such as cloudy days though.  For full time residence in Bleecker, I may opt for a combination of amorphous and crystalline cells, which work best on clear days.   Time and testing will tell.