There is nothing that I like better than the radiant heat of a wood stove.  So, I have become a sort of collector of wood burning stoves. When an old friend, a musician who played at our Friday Night Open Mic Nights at our coffee house announced that he had an old stove free for the taking, I was there.

Now, just to be clear, I am a fan of old stuff in general.  I love antiques.  I often wonder about the stories they could tell.  For example, at one point, this was a new stove, and the pride and joy of whomever originally bought it.  Wouldn't they be pleased that someone (that someone being me) wanted to make good use of it and enjoy it as they did?

Sure, it is covered in rust, but things made in the old days were made to last.  A half hour with a wire brush on a drill and it will be ready for a new coat of paint, and as good as new.

So Pam and I hied ourselves to our friend Pete's house and wrangled it into the horse trailer, which took much wrangling.  Yesterday, knowing that I'm handicapacitated, Earl and buddy Bill used Earl's tractor to fetch it from the horse trailer and into our storage trailer. 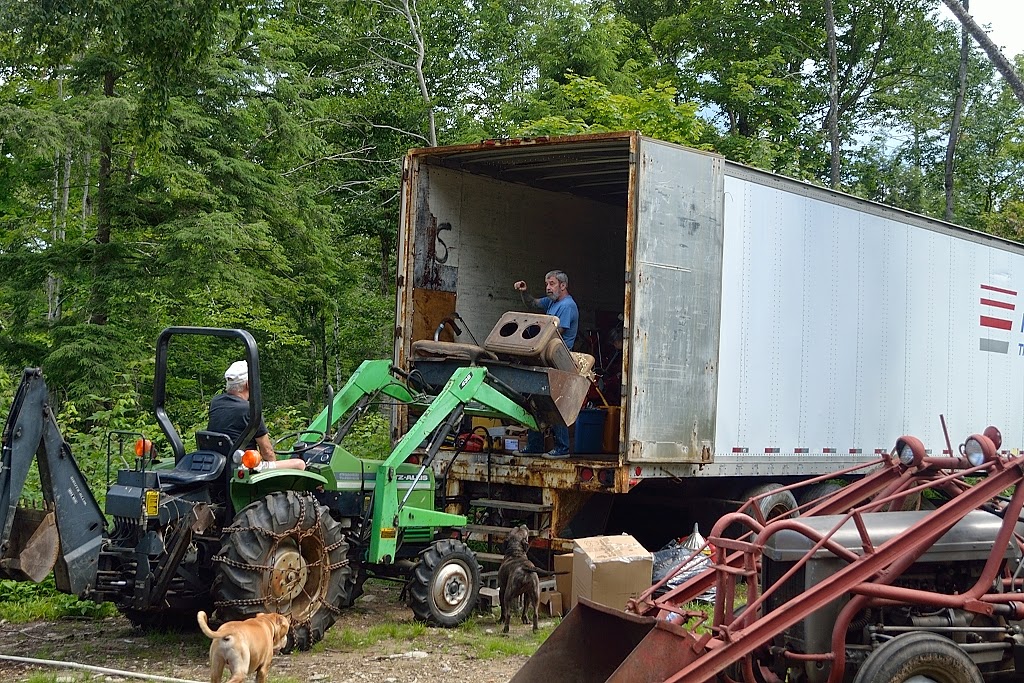 As you can see, it is a cooking stove.  It has griddles.  And it is all cast iron and very heavy. 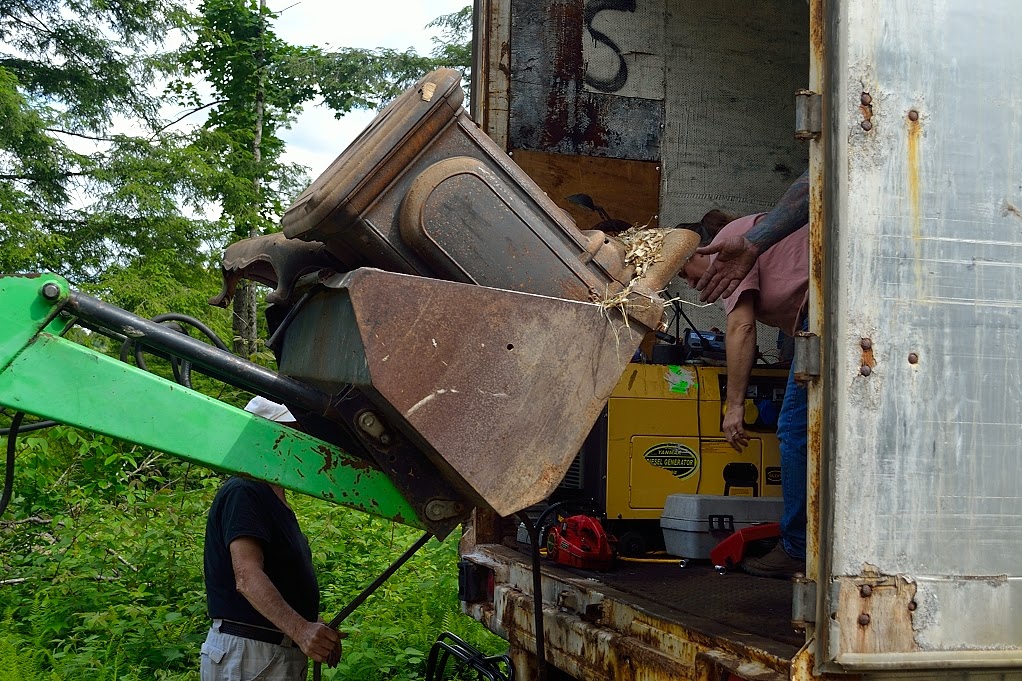 It is a "Quaker" model.  I'll have to google that.  To the left of the stove in the pic below is a frame that it sits on.  I'm guessing that the frame was nickel plated at some point.  Depending on how it cleans up, and whether it winds up in our house or in our barn, I may get that plated again. 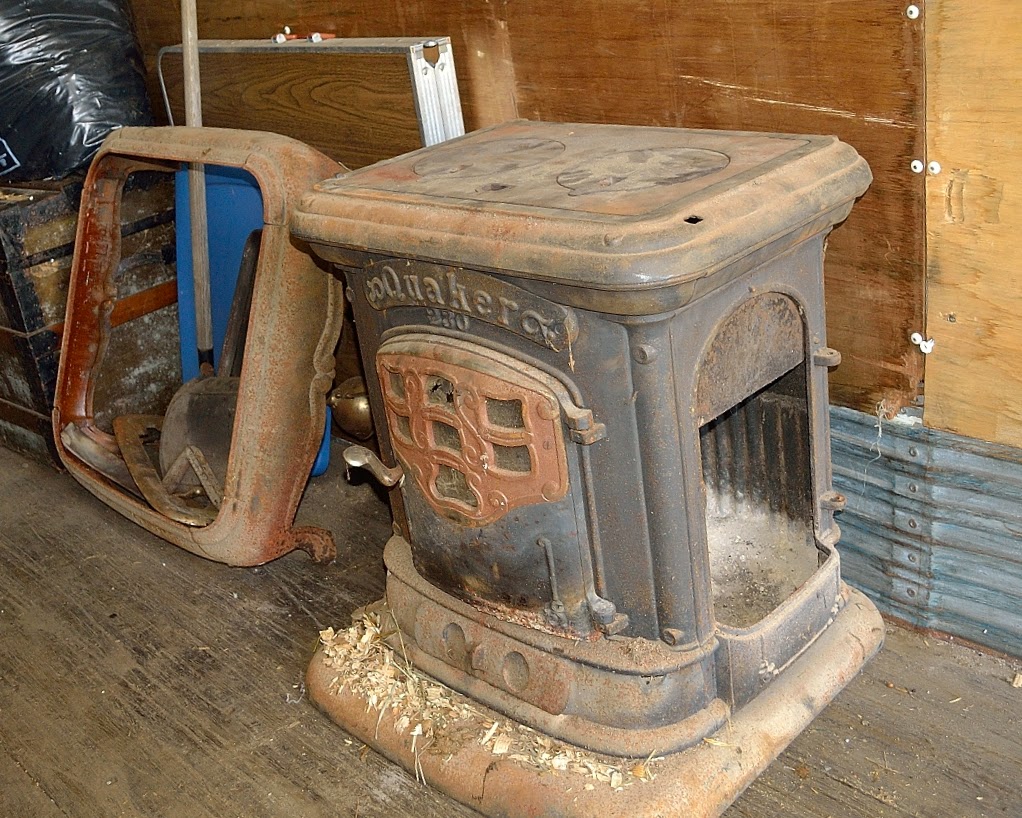 Since Earl and Bill were on a roll, I suggested that they fetch the Vermont Castings Resolute that we bought last year and stored in Earl's garage.  Vermont Castings made top notch wood stoves back in the day (1970s), melting down old engine blocks from automobiles for their castings.  Engine blocks were engineered to  withstand high temperatures.  Properly cared for, these stoves will last forever. 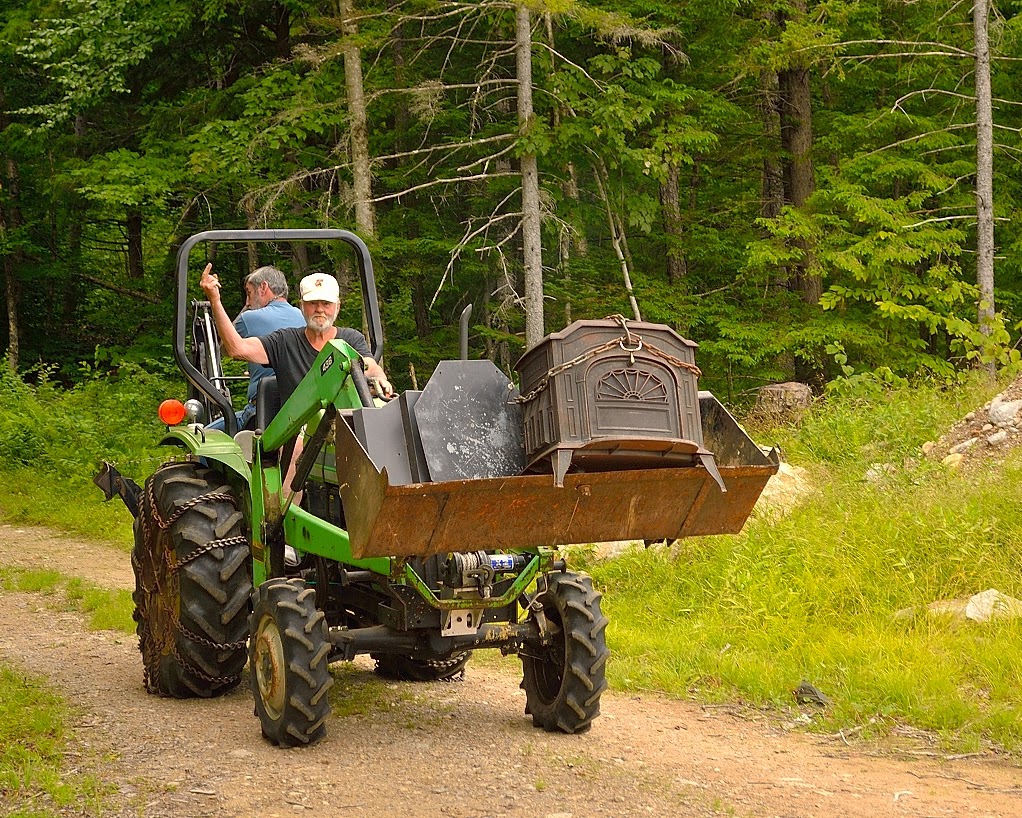 As you can see, Earl is waving "hello" as he passes by. 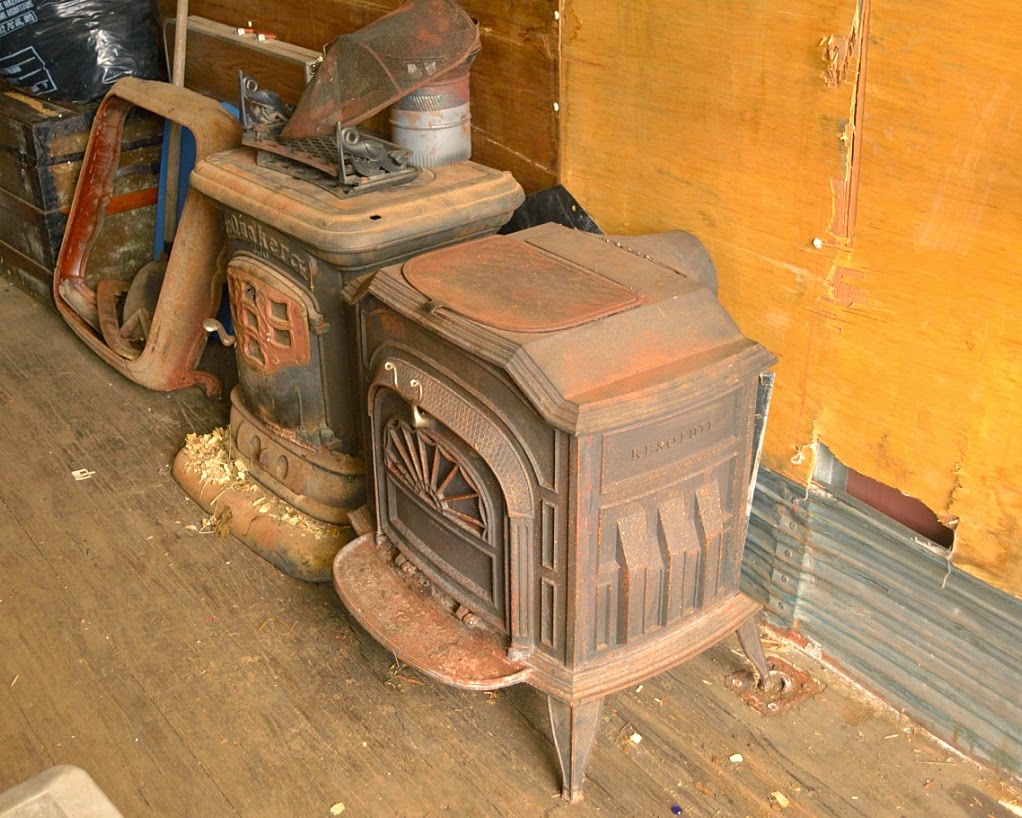 Our collection of "stuff" is growing.  If and when we ever actually get around to building a place to live, we're well equipped to at least stay warm.

Yesterday, I also assembled a 45 watt solar array.  What it will power, I'm not sure yet, but the new battery I bought for the dump truck last year is a likely candidate.  I love not only antiques, but new technology as well.  Who is to say that they're mutually incompatible?

And since we seem to have an abundance of rocks, we're thinking that many of our outbuildings will be made of rock, such as the pumphouse for the well, and certainly the foundation for the barn.  Why buy things like cinder blocks when rocks are free for the taking?

But... a lot depends on my health.  Last year, two months of the summer was spent in a neck brace from the man  versus tree fiasco.  The tree won.  This year, at least one month will be in a neck brace in a man versus broken neck one year late fiasco.  After my visit to the podiatrist yesterday, a couple of months may be spent in a foot cast in 2015.

Seriously... how do these people expect me to get anything done here?