On Drift Away's blog, one of the most popular posts were the photo days.  If I didn't have anything in particular to report on, I'd just go stand on the flybridge for an hour with my camera, and enough interesting things would pass by to make a blog.  That is no longer the case.

I decided that our 10 x 10 screen house needed to be on a deck, so I went to Kingsboro Lumber in Gloversville and ordered what I needed.  I can't swing a hammer, so Pamela performed that function 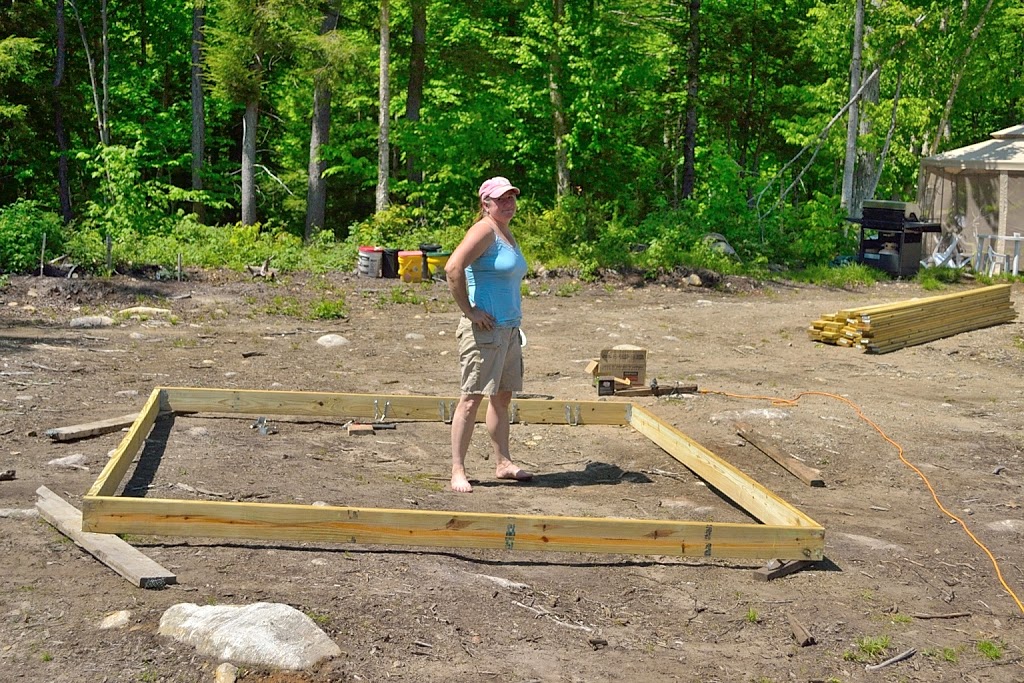 We nailed the frame together, along with the joist hangers, and then carried it over to where the screen house was, after first removing the screen house.  We leveled it, nailed in the floor joists, and decked it. 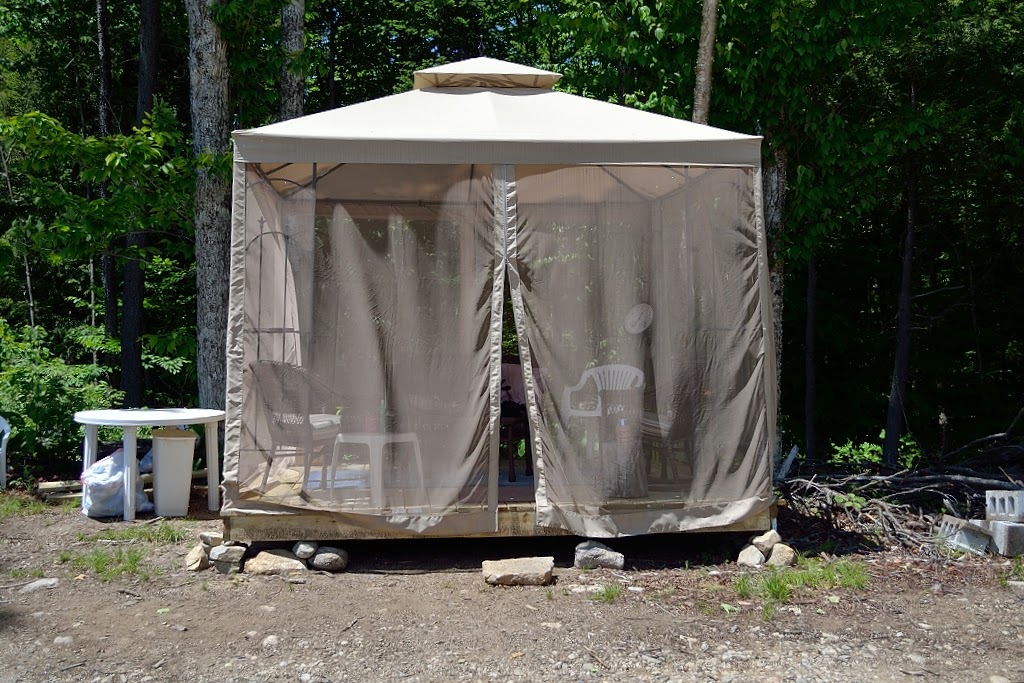 We put the screen tent on it and put in the furniture.  I'm going to build a 5 x 10 addition on the left side for the BBQ grill and table.  I also started filling around the bottom with stones and rocks.  Not only for support, but also to keep critters like skunks out.

I drilled pilot holes in the decking so when Pam pounded in the nails that the decking wouldn't split.  After a couple of hours, the generator stopped generating power.  Long story short, there is some kind of problem with the generator and heat.  When cold, it produces power fine, but after ten minutes or so, it cuts out.  I'm baffled.

In the pic below, you can see the generator on the left side, aft end of the trailer.  The light is on to show me that it's producing power.  When the light goes off, I turn the generator off. 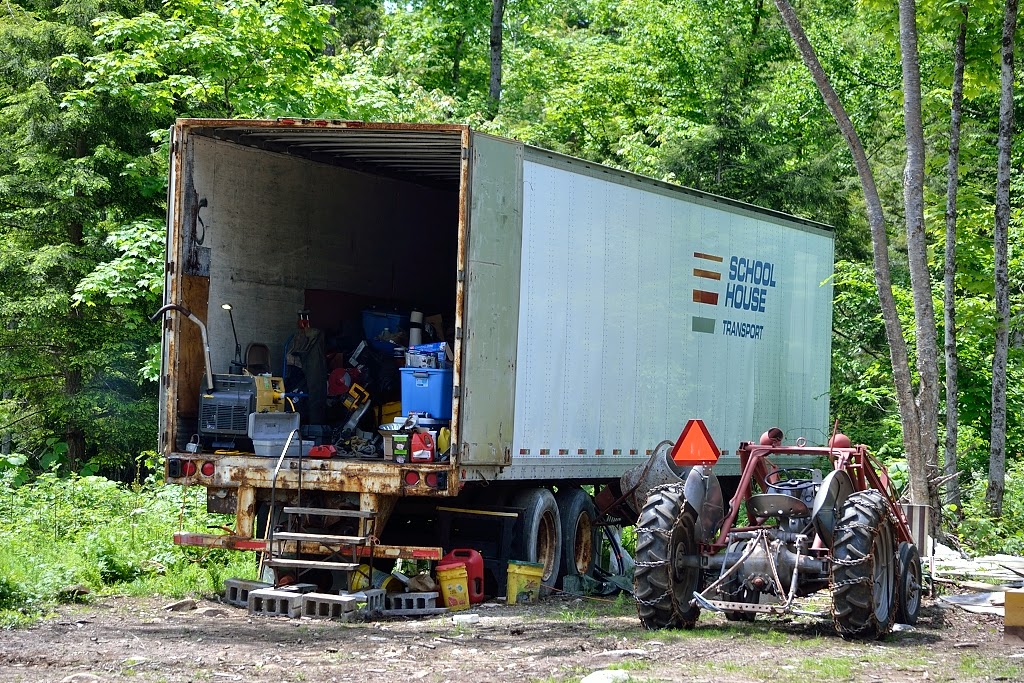 Since I don't have a flybridge to photograph cool stuff, I sat in our screen house with my camera to see what I could find.  Sorry, this is the best I could do.

It's not a friggin' pelican, but it is a flying animal. 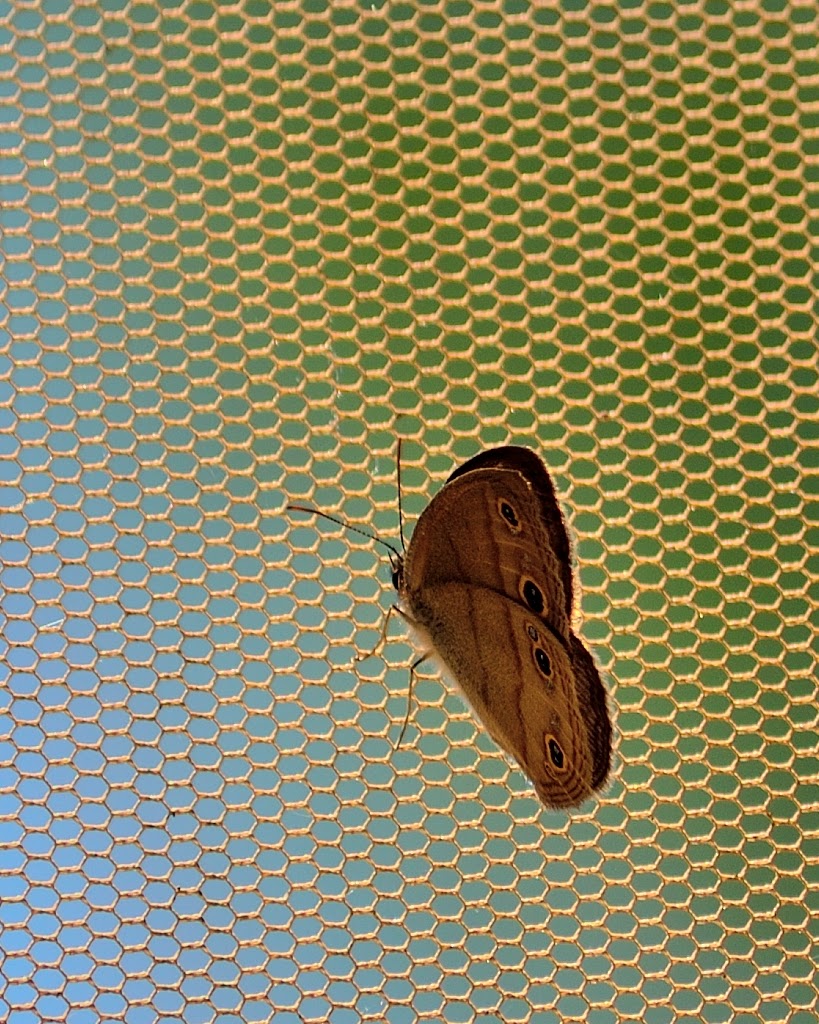 I think the only excitement was when Pam lit the grill and started a grease fire. 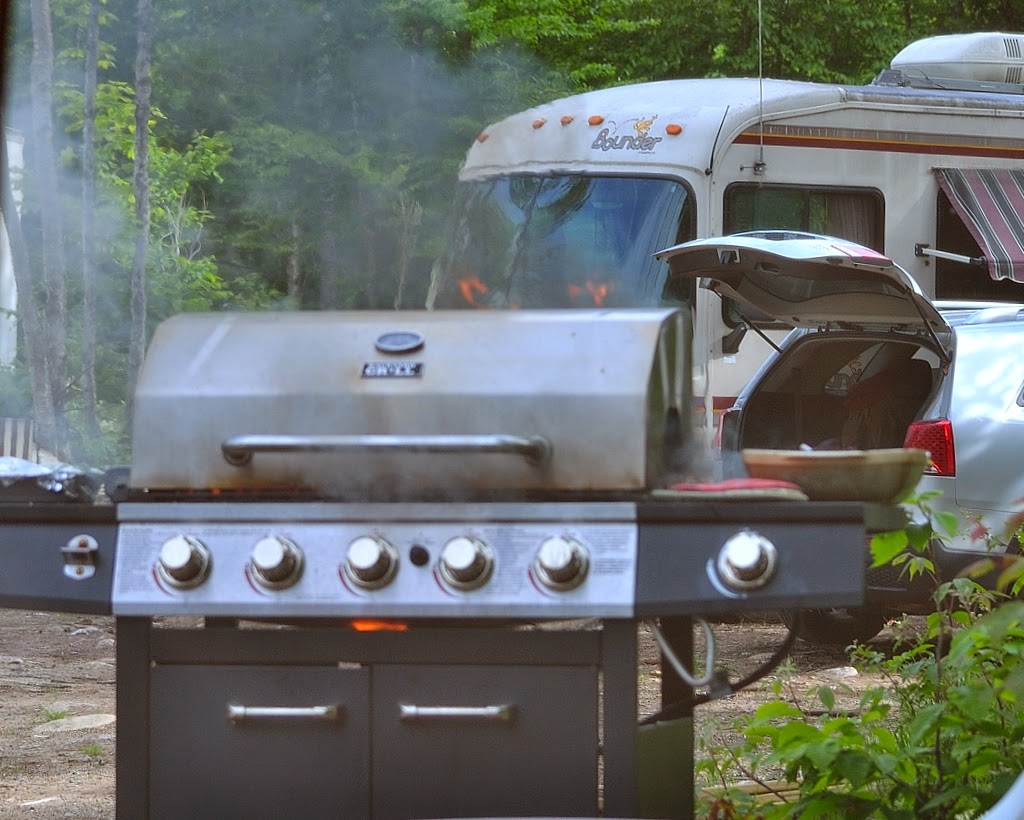 I also noticed an ant with either a bee or horsefly. 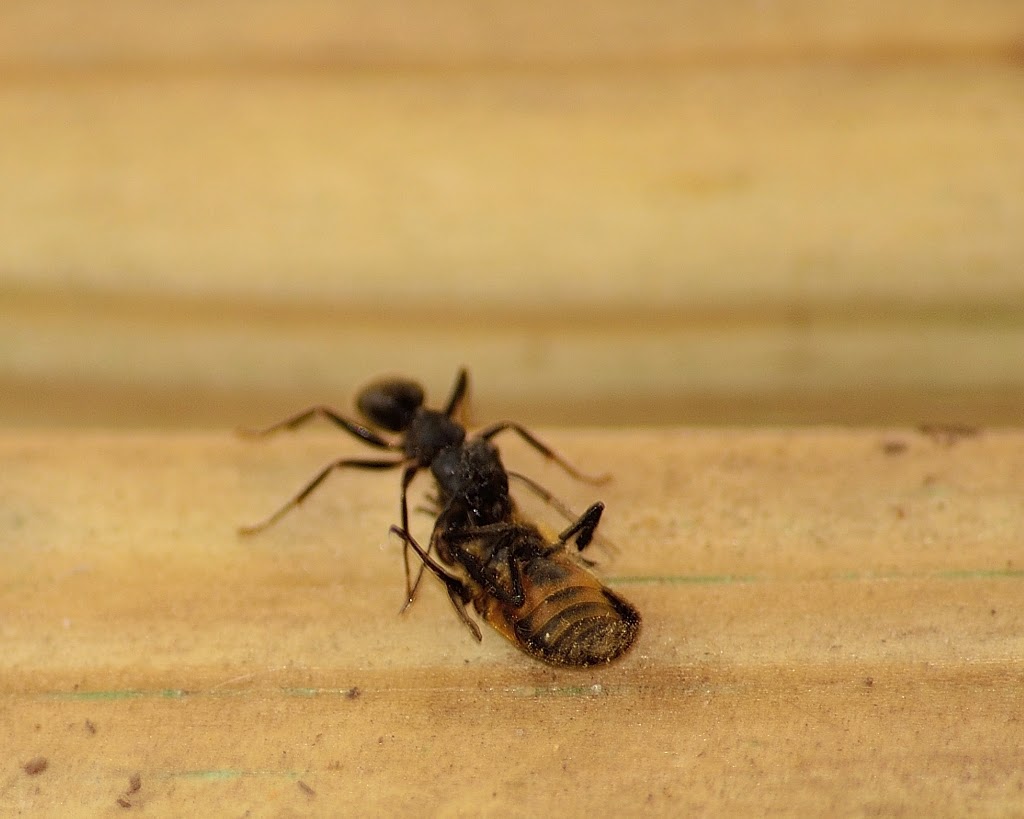 Yeah, I know.  Pretty lame.  But we play the cards we're dealt.