Don't Sit Under the Apple Tree With Anyone Else But Me...

Today Pam and I hied ourselves over to the property to plant the apple trees and blueberry bushes we bought the other day from Harnish Brothers Nursery in Gloversville.  We would have done it sooner, but we had rain, and I had a day of a 24 hour bug.

Pam laid out the trees where she wanted them. 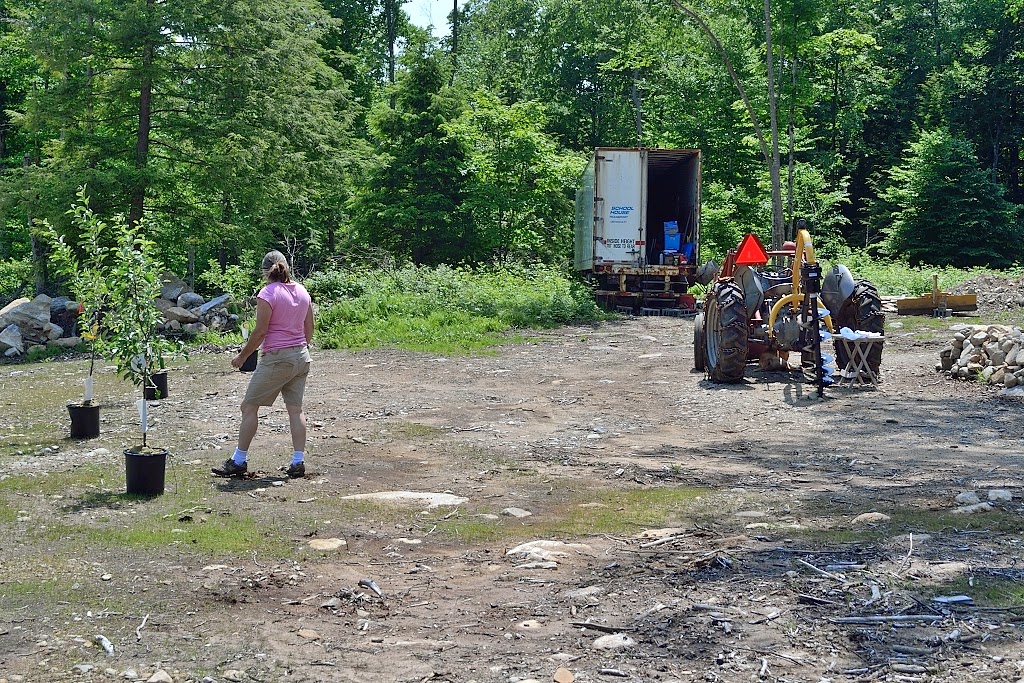 I backed the tractor up, lowered the auger, and engaged the PTO. 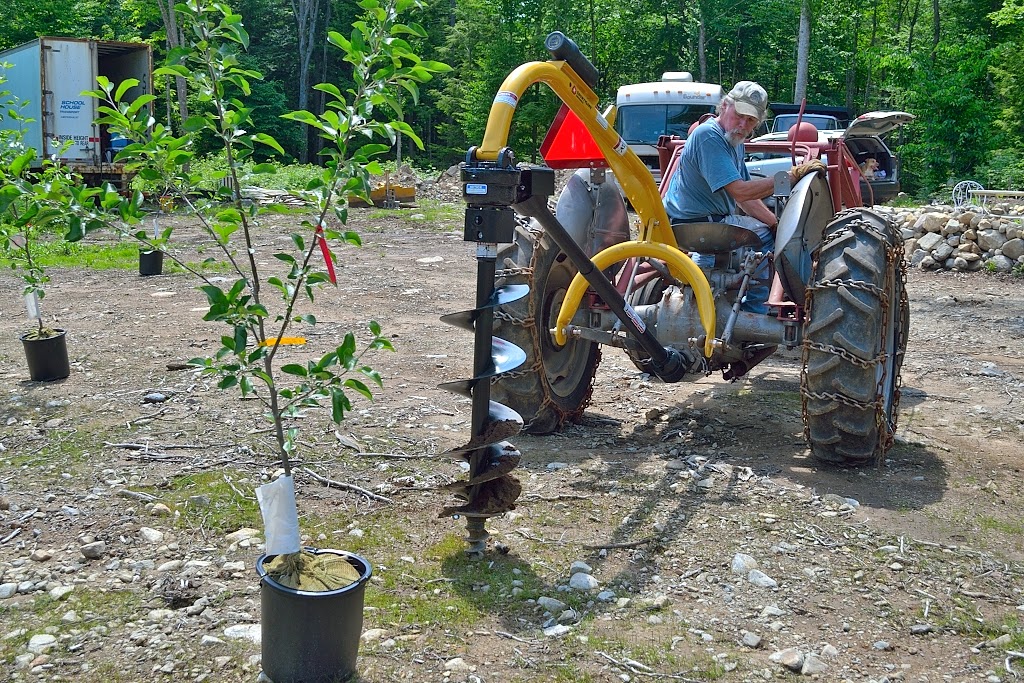 Even though we were drilling through rock and gravel, I had a hole in only a few minutes.   It would have taken considerably longer with a shovel. 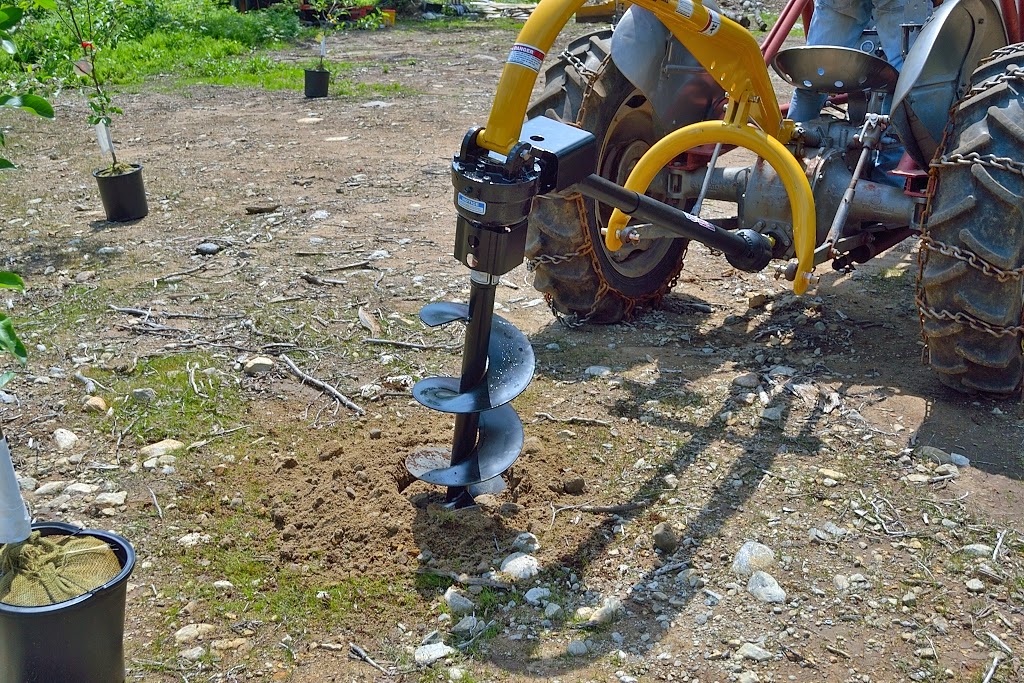 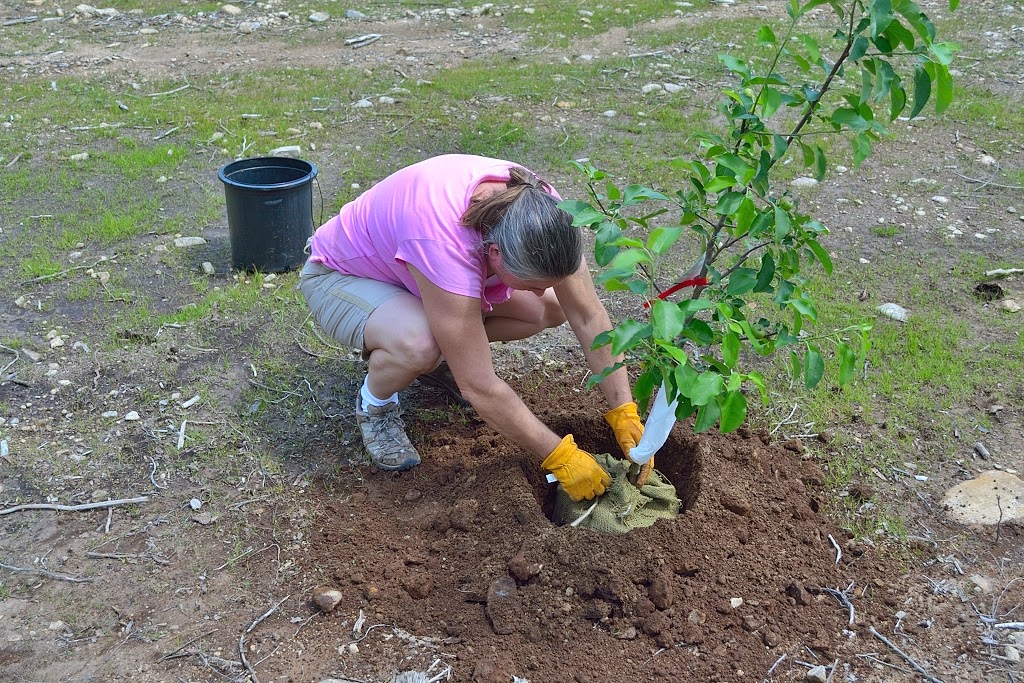 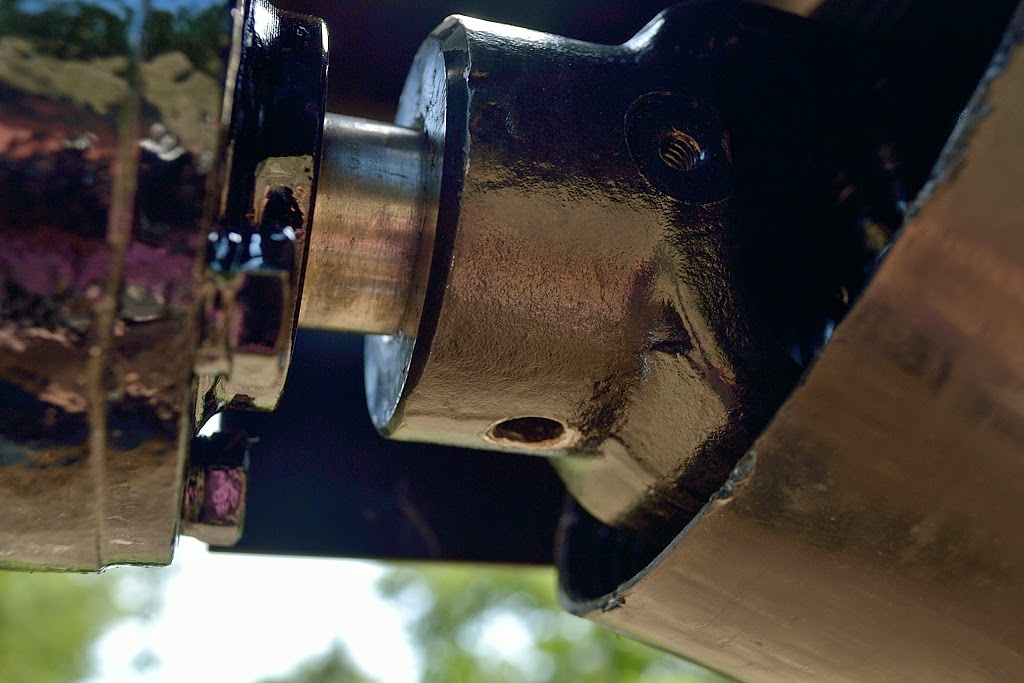 We then dug holes for the three blueberry bushes.  This was in dirt, no rocks.  Each hole took about ten seconds. 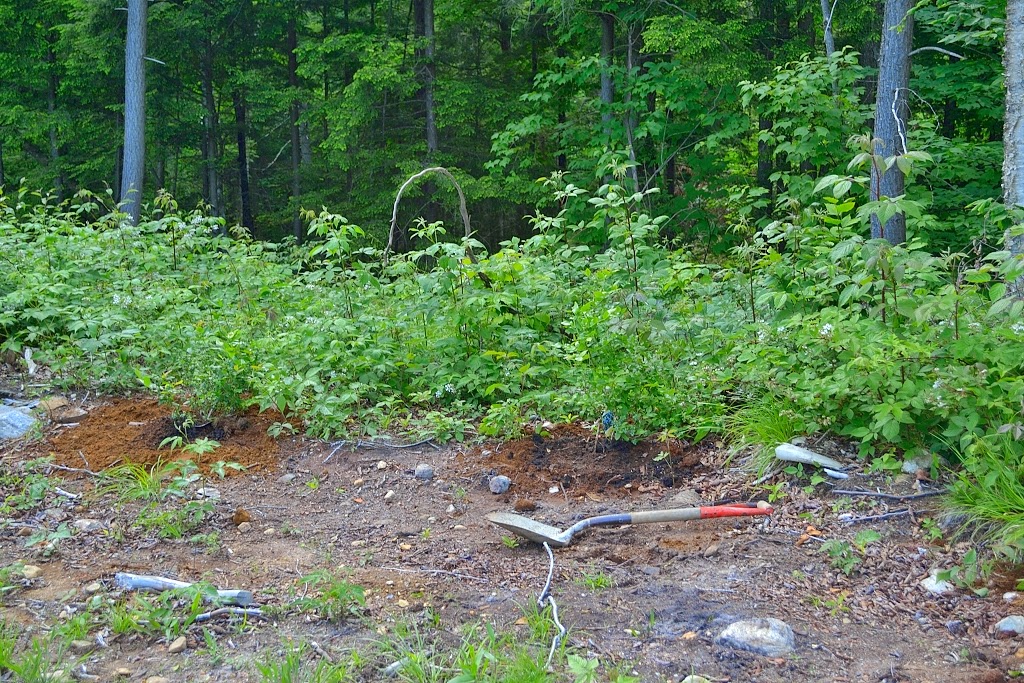 It feels good to be getting things planted.  Next up, finish the deck, and then the barn.  I need to regain the use of my right arm before the barn, though.  Doctor's appointment on Friday.