Well, it seems that Earl and I have projects even down here in Florida.

We've been sitting outside my RV, drinking our PBRs, and noticed that the old power pole that feeds the house was rotting at the top.  The wood was splitting down it's length.  Hmmmm.... deciding how to fix this would require many such sits, and many PBRs.

While we were out fishing on the Oklawaha River, entertaining the fish with our "bait", "lures", and "fishing prowess", I noted a day marker nearby.  This was to be part of the Cross Florida Barge Canal, a part that was prepped with high bridges, locks, and day markers.  At the top of each day marker was a white plastic cone to keep both birds and rain out.

"Hey Earl, that's what we should do" said I, pointing at the day marker.

"Huh?" said Earl.   Earl is hard of hearing and makes you say just about everything twice.

"We should put a cone on the top of the power pole."

"Why don't we just take that one?" said Earl, hopefully joking.

"Because it's ten feet off the water."

"You can stand on my shoulders."

Well, I didn't.  But before I knew it, Earl bought a PVC coned sewer cap at Fort McCoy Hardware, along with a piece of steel.  Earl and I fashioned a clamp that would bring the top of the pole together. 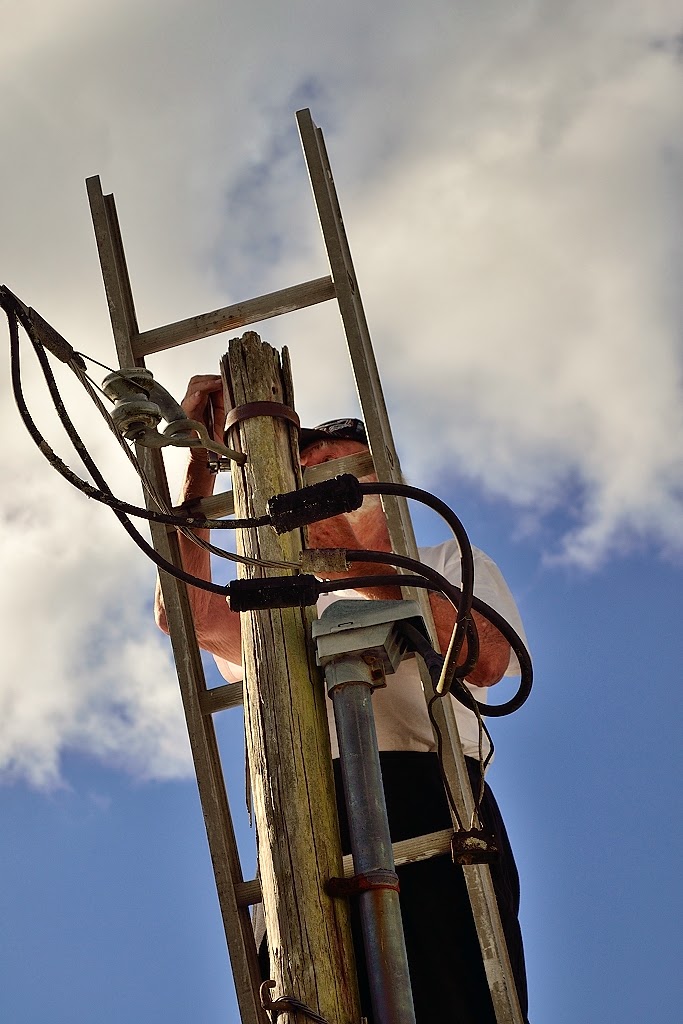 Earl with the clamp. 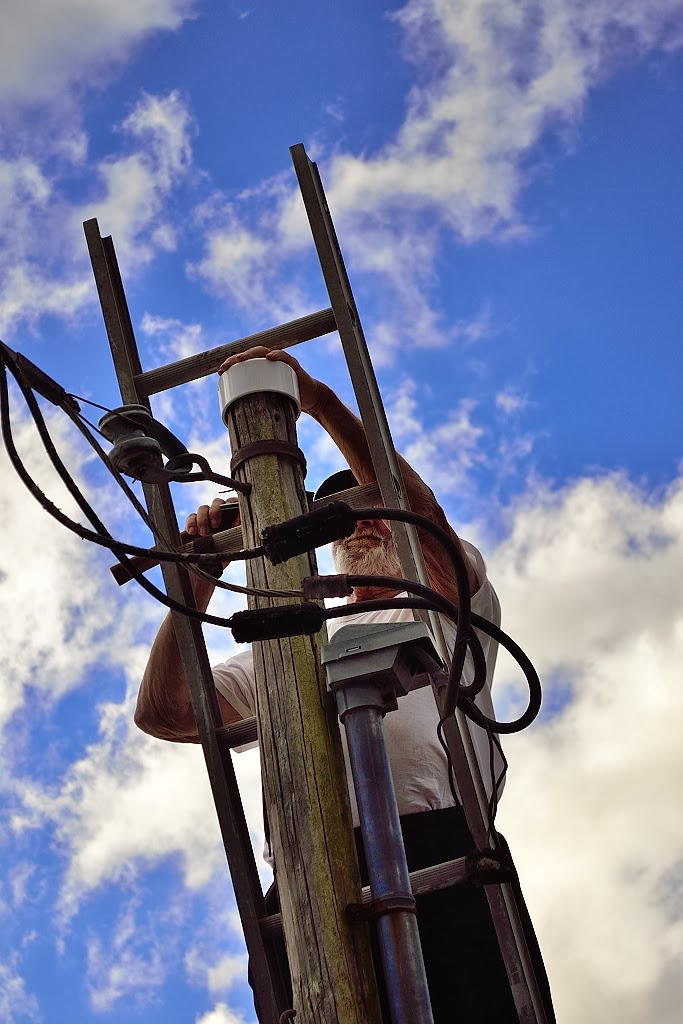 Earl with the cone. Looking at it later, as we sat in front of the RV drinking our PBRs, I mentioned to Earl that it looked like crap.

"Yeah, but we didn't do the electrical work.  We did the clamp.  Someone needs to go up there and cut off the excess stock on the clamp and the bolt."

So now we're discussing who the designated stuckee will be for that project.  I imagine it will require several more sits.  And PBRs.
Posted by Dave Gibson at 4:54 AM