I'm half Irish, but on St. Patrick's Day everyone is Irish!  I love ethnic holidays that celebrate diversity.  A couple of years ago, Pam and I went to see Savannah's St. Paddy's Day parade, one of the largest in the world and attended by hundreds of thousands of people.  It was crazy, and while we had a great time, I'd never want to do that again.  It took us hours to make our way out of the city and to get back to the boat.

We usually don't go out either.  The Irish pubs are nuts and the non-Irish pubs don't do it right.  We stay at home, but still enjoy the day.  Sometimes it's just a six pack of Guiness, as I did yesterday.  Pam also make Dublin Cobbler, which is sausage, bacon, potatoes, onion, parsley, and a bit of salt and pepper baked in the oven for a few hours. 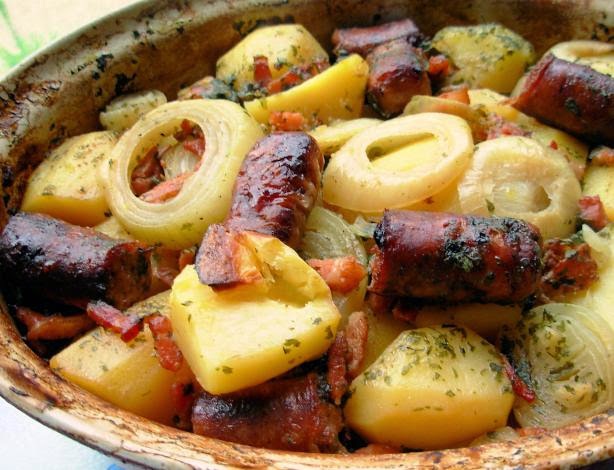 Yes, it was as good as it looks.

By the way, Guiness stout is an acquired taste for most people.  If you don't like it, the Irish say to drink one pint (or bottle here in America) a day for three days.  You'll love it after that.

The rain has stopped here in Florida.  I see horseback riding in my future.