When you buy old stuff, you have projects.   That was true about Drift Away, our 1980 Cheoy Lee trawler, and that's true about "the Boat", our old RV.  The toilet wasn't holding water in the bowl anymore.  I watched a Youtube video about rebuilding it and decided it would be much easier just to replace it.  The Thetford Aqua-Magic V, at $122, seemed a bargain after all the moola I dumped into Drift Away, and it was billed as a replacement for the old Thetford Aqua-Magic Galaxy.

The first step was to remove the old toilet.  Thankfully, the Youtube video showed me where the two nuts are located that hold the toilet down.  One was behind the footpedals that pumps water into the bowl and the other under a plastic cap.   In the photo below, you can see where I removed it.   The nuts were at 10 and 4. Just like a boat, it was poorly designed.  The plastic cap was only a peep hole to the nut underneath.  And it was not over the nut.  It was off by several inches and I had to reach around the back of the toilet and feel around in there to find it.

Once I removed the two nuts, I was able to pull the toilet away from the back wall enough to unfasten the water intake.   I set the old toilet and the new toilet side by side.  The Aqua V is not a direct replacement for the Galaxy, as you can see. 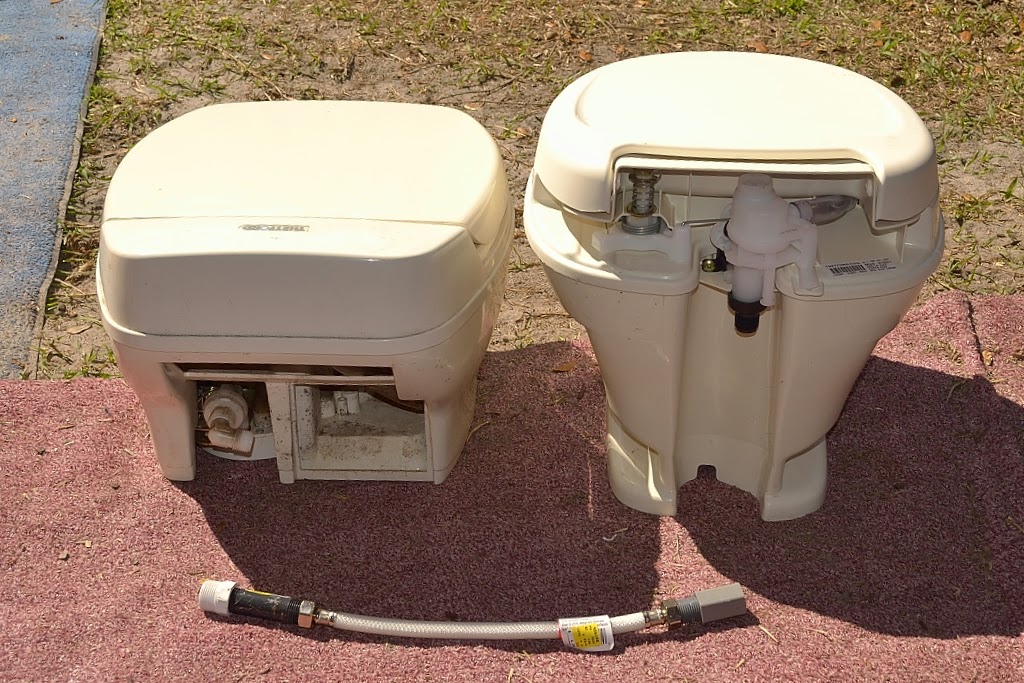 Even though I ordered the  low profile model, it is still several inches taller than the old one.  The water intake is also several inches higher.   In the old unit on the left, you can see the intake low and on the left.  It is in the middle and much higher in the new toilet on the right.  I couldn't make it work, even though I tried to stretch the RV's water hose, and it required three trips to the Fort McCoy Hardware store to get enough adapters and hose to make it work. 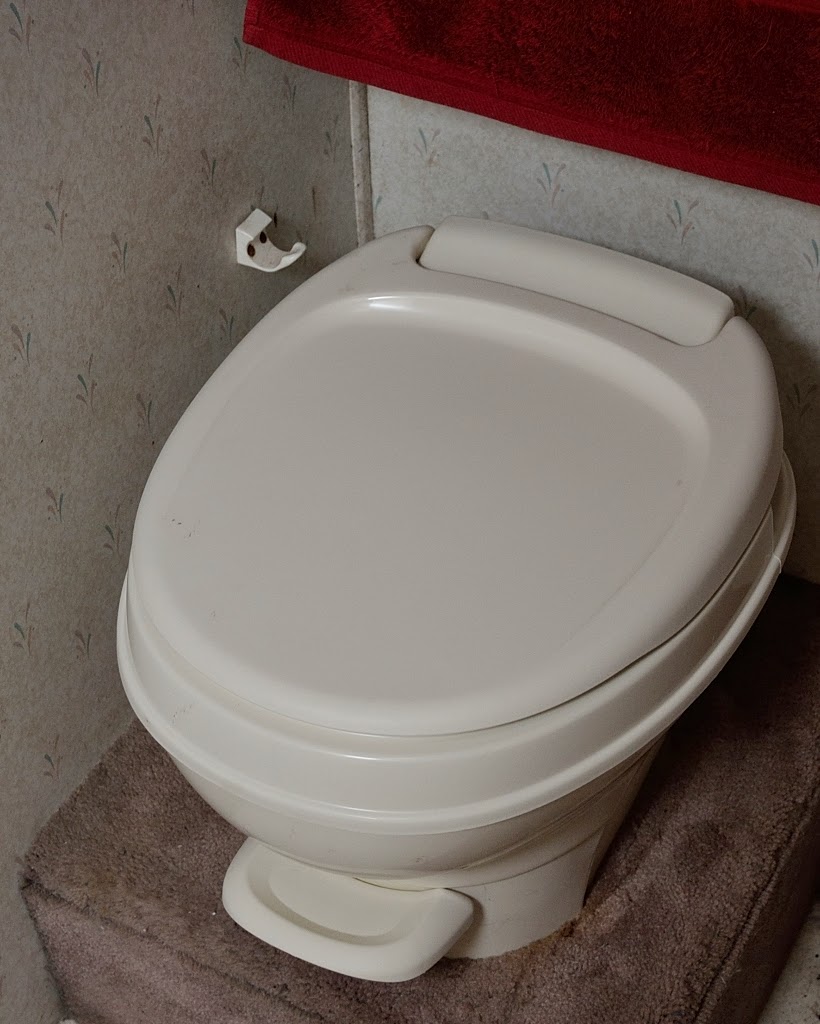 But work it does.  My twenty minute job turned into a two hour job, which meant that the sun was over the yardarm and it was time for a victory beer.   A Guiness, which I had left over from St. Paddy's Day.