Earl and I went fishing on the Ocklawaha River yesterday.  We bought a dozen shiners for bait.  Earl fished downstream and I cast into some weeds upstream.  The fish didn't seem to be biting, as usual.  But suddenly my bobber disappeared and I grabbed my rod.   This fish put up a heck of a fight. 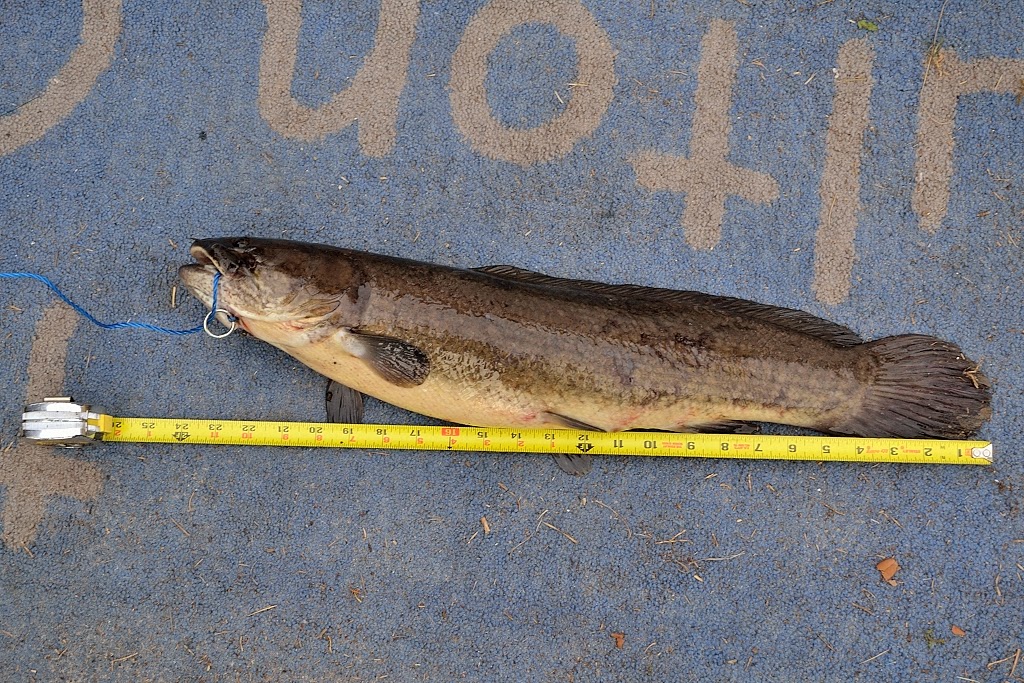 This is a 24 inch Mudfish, also called a Bowfin.  According to the Florida Fish and Wildlife Conservation Commission, The bowfin is the only living representative of an ancient family of fishes. It has an air-bladder that functions like a lung, and can be seen gulping air. They have a long, stout body; big mouth with small, sharp teeth; long dorsal and rounded tail fin. Males have a dark spot with a bright orange halo on the tail fin. The spot is absent or inconspicuous on females.  Bass anglers are often surprised to find a bowfin has taken their lure. Mudfish strike topwater and deep-running lures but are most often caught on live bait. It is a better fighter, than some highly rated game fish.

Tomorrow's blog will be all about the Marion County Sheriff's SWAT raid on the house across the street.