A few of you have asked why I don't update my blogs every day like I used to do.  Well, my  excuse is that I've been busy doing things that I don't know if you'd enjoy reading.

For example, Earl and I went fishing for an entire day the other day.   It didn't go smoothly.   I had bought my fishing license the week before and placed it inside a large pamphlet of Florida's fishing regulations.  The day before we were to go fishing, I was getting my tackle box together and I wanted to put the license in the box.  It was nowhere to be found.  I looked through the pile of papers on the table where I put it, and the pamphlet wasn't  there.  I looked everywhere in the RV.  Nothing.

At 7 AM, Earl and I drove to Fort McCoy Hardware to buy a replacement license.  They didn't open  until 8, so we went  home, killed some time, and drove back at 8.  It only cost $2.50 which was nice.  We also bought a couple of dozen shiners for bait.

We drove the 15 miles or so to a launch ramp and launched Earl's Gheenoe, a kind of canoe looking boat with a  square transom for an outboard. 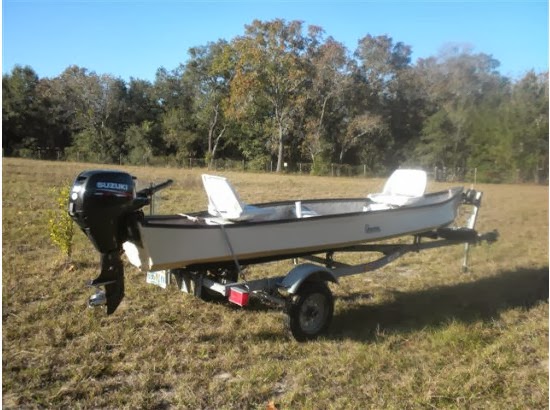 We were out on the water by 9 and stayed out until 4.  We didn't even get a nibble let alone catch anything.  We tried trolling, drift fishing, and anchored in several likely looking places.  We tried the shiners.  I tried every lure I had.  It was still an enjoyable day, but not really much to write about.

The next day, Pam and I went horseback riding.  Pam rode Jeremiah, a fine looking Morgan. 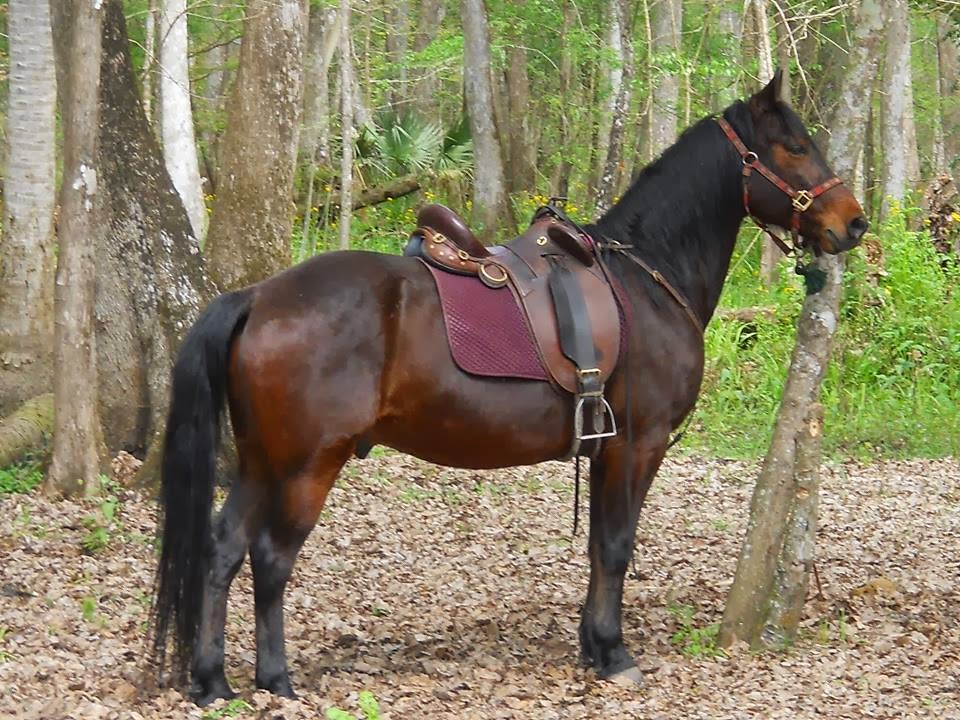 I rode Destiny, a paint. 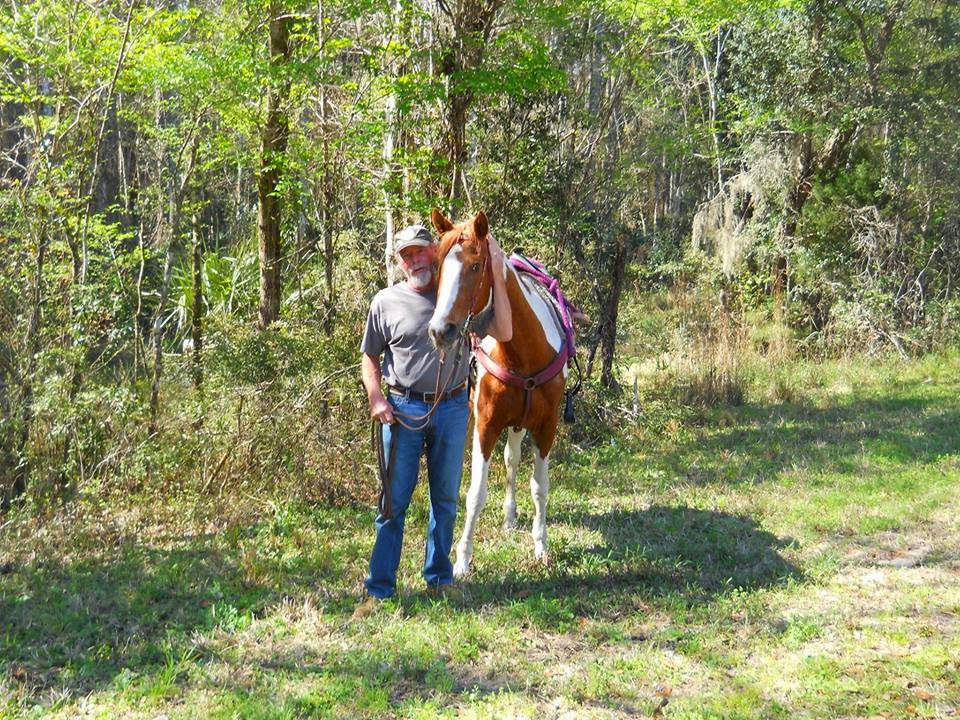 It was a gorgeous day, for sure.  And I learned something about horses.  They have a sense of humor.  Destiny would allow me to steer her around large branches, but would purposely walk under the small ones that smacked me in the face.  It was pretty funny.

Yesterday, Pam and I drove to Ocala to fetch hay for the ranch.   We then drove back to Ocala in our car for lunch at Beef O'Brady's and to run some other errands.  Someone, somehow, put a huge dent in our car.   It wasn't  hit by a car or anything.  Someone either kicked it, or ran headfirst into it.  Luckily, I was able to pop it back  out.

See?  I'm busy, but nothing worth writing about.  On the boat, I had boat projects to write about, or bird photos to post, or cruising stories to tell.  In Bleecker, I had projects there to write about.  Here in Florida, I don't have much.  But I'll try harder to find the humor in things.

Maybe today I'll do my taxes.