Last October, I took a video sound recording of a strange noise.  Not animal, not human.

Then, a couple of weeks ago, something ripped the tarp off our dug well, breaking a good sized rope to do it and flinging it aside.

Well, last night, I set up the camera to take star photos.  While outside setting things up, I heard a strange sound.  Not animal, not human.  I called Pam outside to hear it, but it stopped.  OK, whatever.  I took a few pics for composure, then set the shutter and went inside to watch Boardwalk Empire on DVD.  Later, I "developed" the photos and loaded them into my Startrails software.  Stacking 16 minutes of 30 second photos, this is what I got. 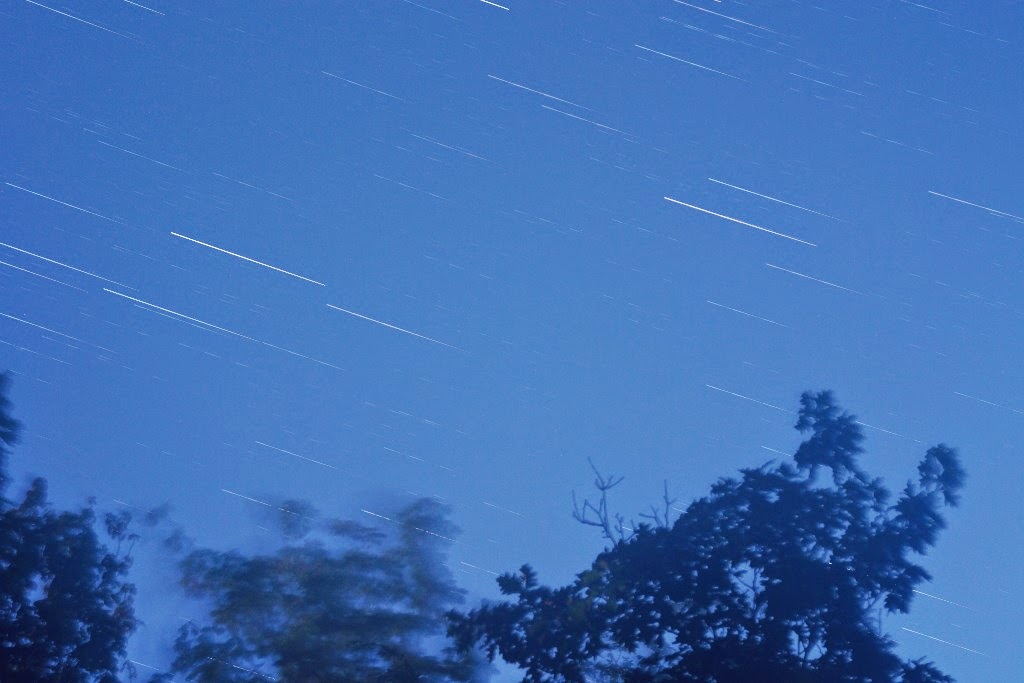 This blurry thing at the bottom of the photo is a fairly large tree.  It could have been shaken by a bear.  Or a pair of raccoons fighting high in the tree.  Or an annoyed Bigfoot.
Posted by Dave Gibson at 11:17 PM