Monday was a nice day.  Very peaceful, as you can see from the pic of Olivia sleeping on the dog sofa.  I wish I could sleep like that. 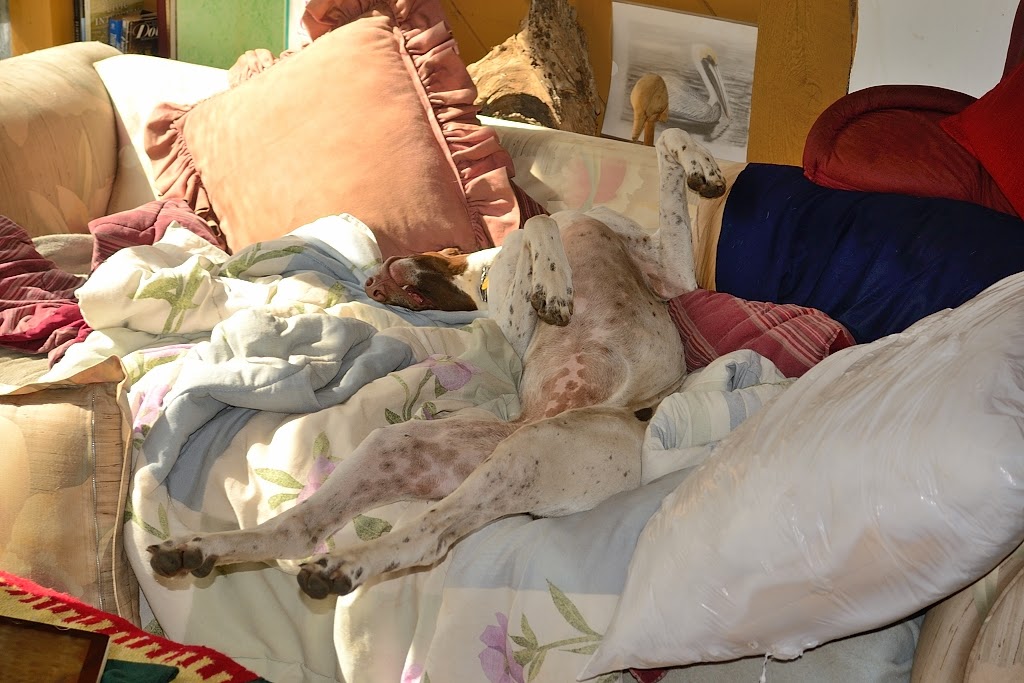 We decided that it was time to finish the deck.  We built a 10 x 10 deck for our 10 x 10 screen house this summer, and had enough lumber to add a 5 x 10 addition.  With the Indian Summer we've been having for the past few days, we finally found the incentive to do it. 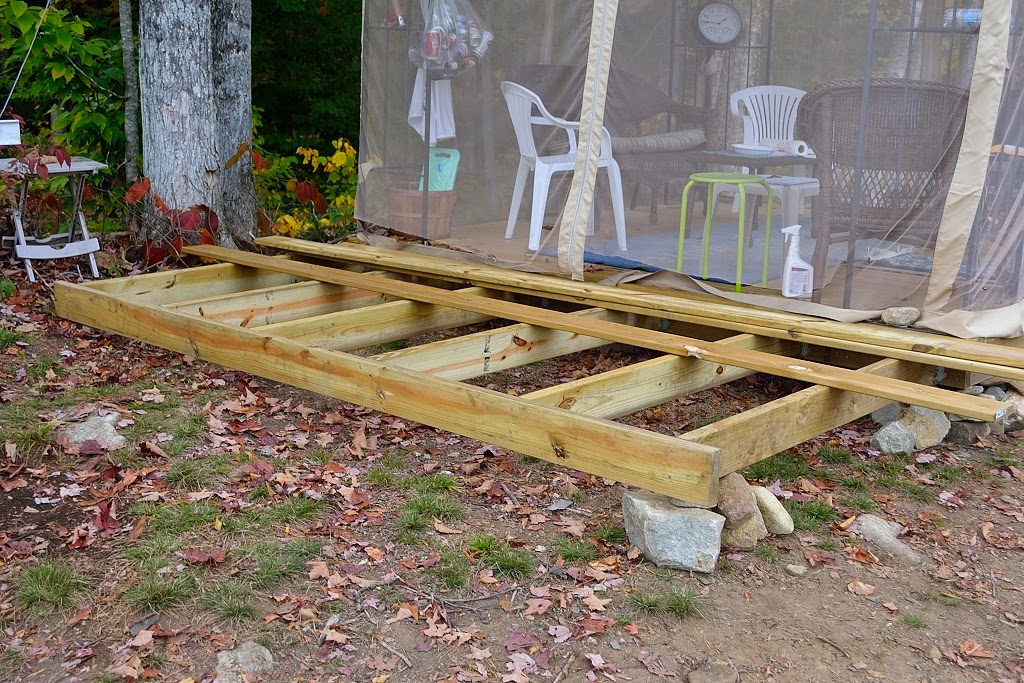 I did the measuring, cutting, and drilling of clearance holes for the decking nails.  Pamela did the hammering. 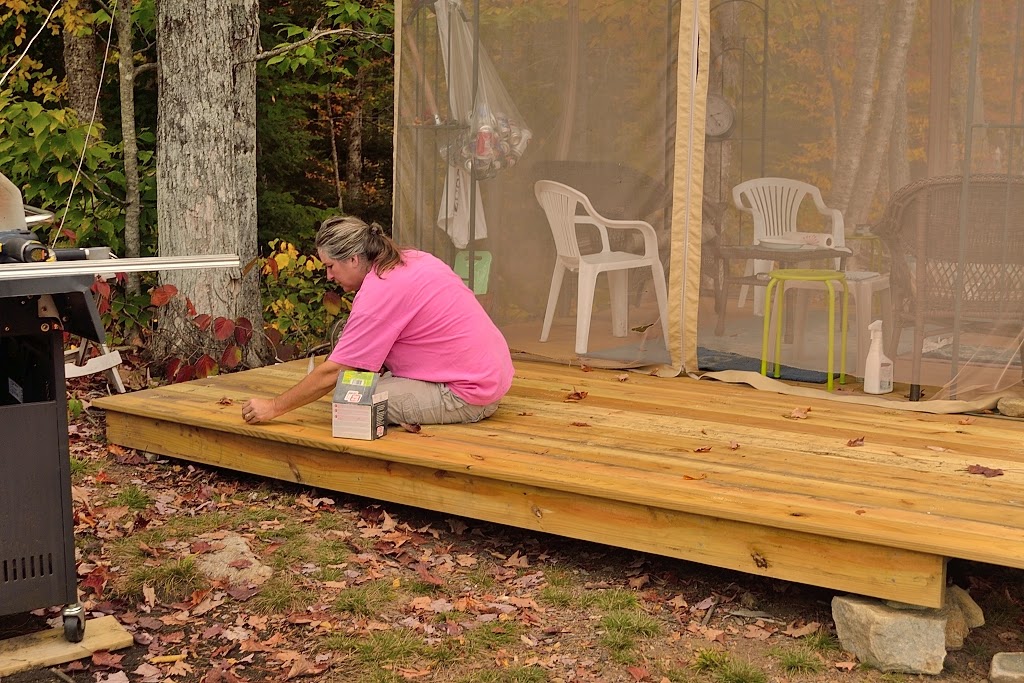 The 1 x 6 x 10 decking we ordered turned out to be 1 x 6 x 12 (or so).  so I got out my square, drew a line, ran an extension cord from the circular saw to the generator, and... the generator wouldn't start.  Dead battery.  I hooked  up a solar panel to it but it was very cloudy and late in the afternoon and I couldn't get a charge on the battery.  Maybe I can finish this today. 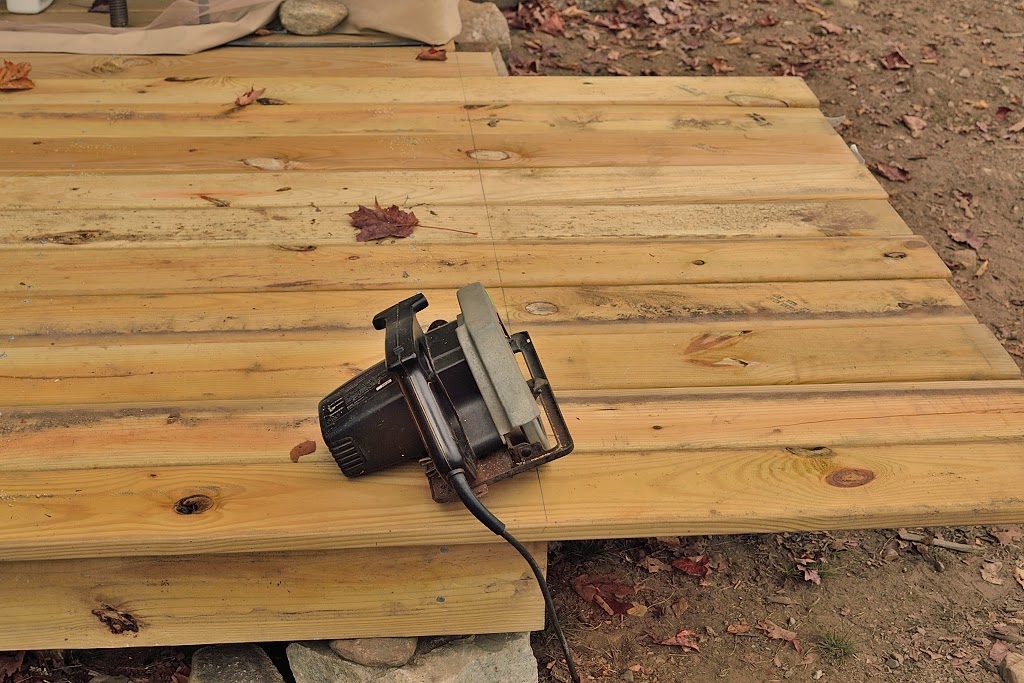 But we could still stick the barbecue up there.  I also moved the battery and controller for the solar panels on the deck.  I dunno.  Just to get them off the ground, I guess. 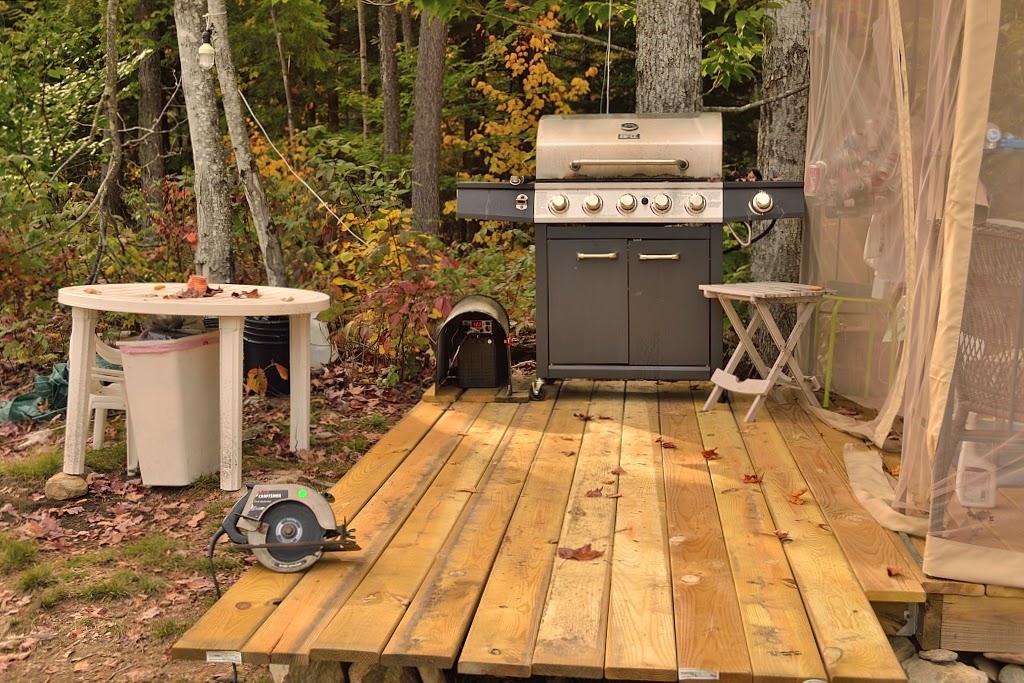 After three victory beers while waiting for the generator's battery to charge, I decided it was time to go.  I had the two pitbulls, Chevy and Ruby, but no Olivia the German Shorthaired Pointer.  After some searching, I found her pointing at this. 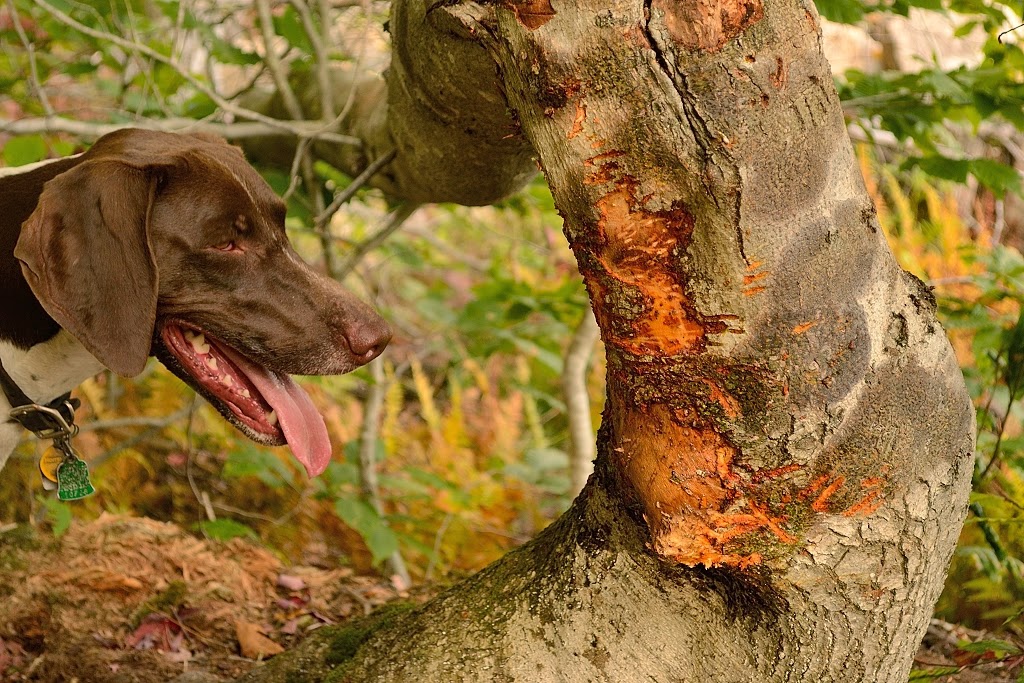 Its a bee hive made in a knot hole of a tree, with honey oozing out of it.  Some critter, probably a bear, tried to get at it.  Whatever it was (Bigfoot?) it left a scent that Olivia was fixated on. 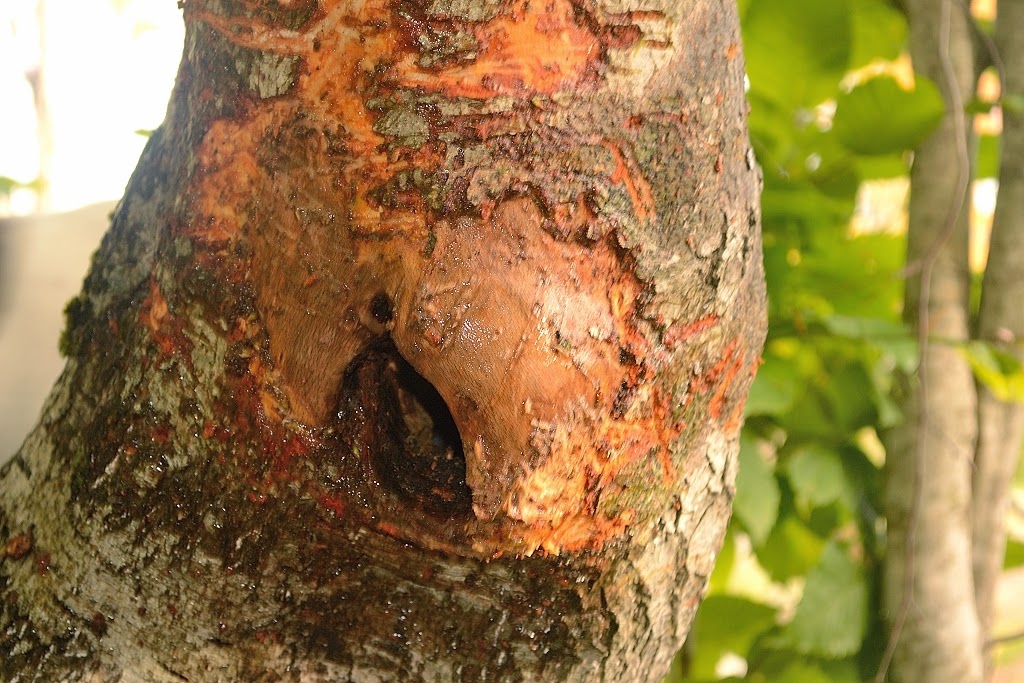 I had to drag her out of there.  I'll put the game camera on that tree today.  Whatever it was might come back for more.