The Rabbit In The Cabin

Pam got home from work and I told her that we had a rabbit in the cabin. I don't know if the cat chased it in, or brought it in, or if it just wandered in, but Sassy the Cat and Chevy the Pitbull were chasing all over the place until it found refuge behind the stove. When it had a chance, it ran between the refrigerator and the wall.
I had been formulating a plan for a couple of hours. I was going to tell Pamela my ideas. Maybe we could build a wall of boxes using the cardboard box burn pile... or chase it out and drop a box on it... or... but then I saw Pamela by the refrigerator. She reached in, scruffed Eddie (his name is Eddie Rabbit), and there he was. 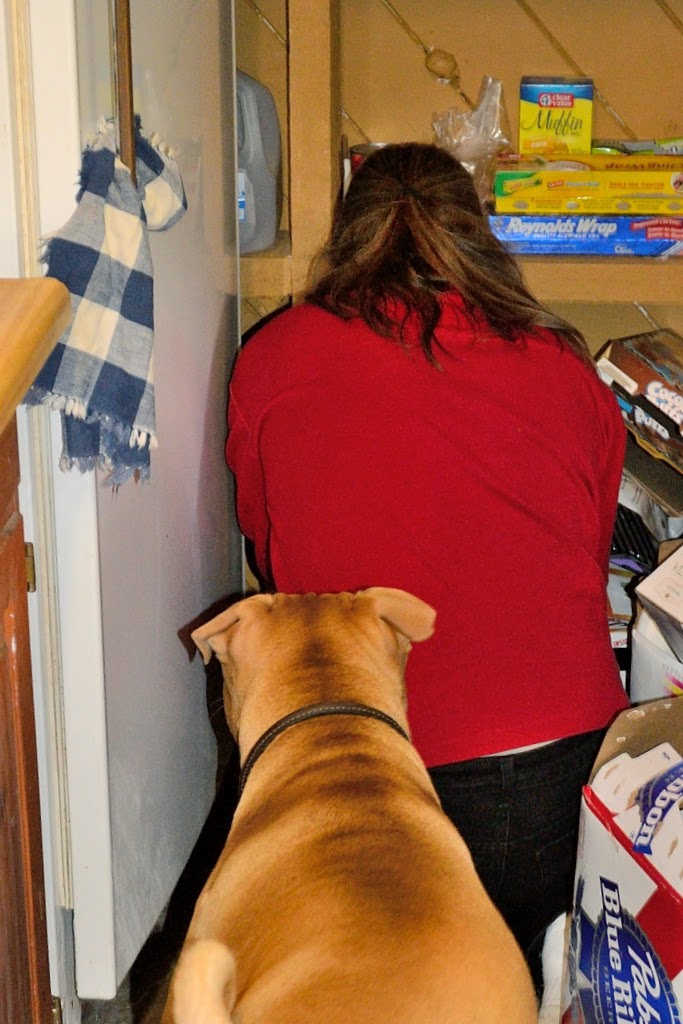 She dropped him in the stew pot. No, not really. 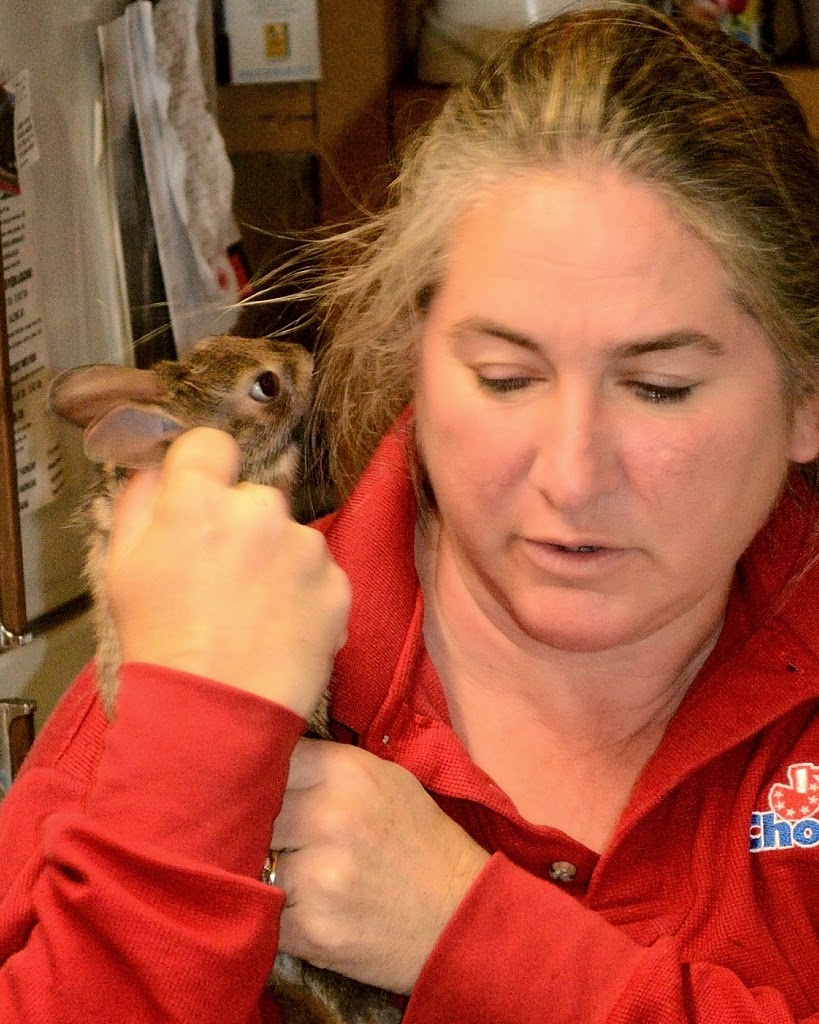 She hung onto him while I drove them to the nearby hunting camp, and she released him. 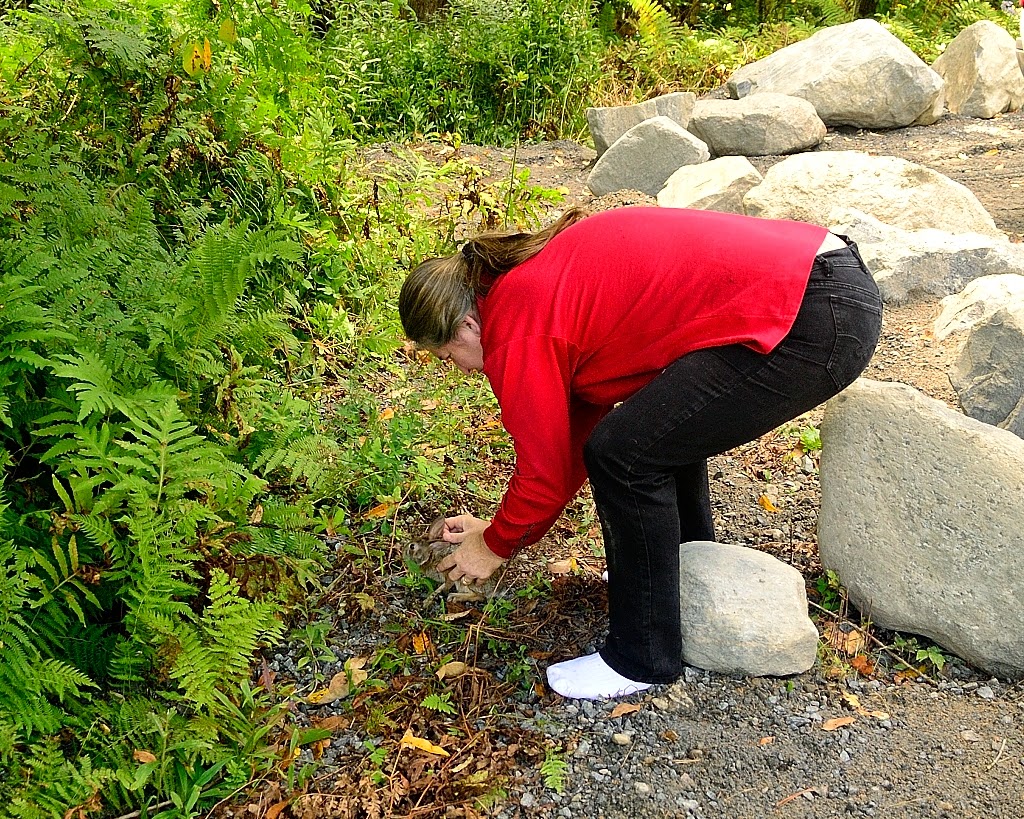 He made a beeline back towards the direction of our Unabomber Cabin.