HA!  Got it!  Do you remember last fall when I posted a blog with a video of some strange animal noises in the woods not far from our cabin in Bleecker?


I sent it around to various people and no one could positively identify it.  Some thought some odd coyote or fox noise.  A bigfoot expert said it sounded like a bigfoot but different than what he's familiar with in the Pacific Northwest.  The best thing would be to find a footprint.

Well, this afternoon, Pam and I loaded the dogs into the car to head over to our property when Pam noticed that the tarp was off our well.  I stopped and we checked it out.   When I worked on the well in the spring, I tied the tarp down with rope around the well.  The rope was pulled off and tossed off to the side, and next to it was the tarp.  We couldn't figure out how that happened.  Then Pam found the tracks.  Two of them. One filled with water, but luckily one was imprinted in mud. 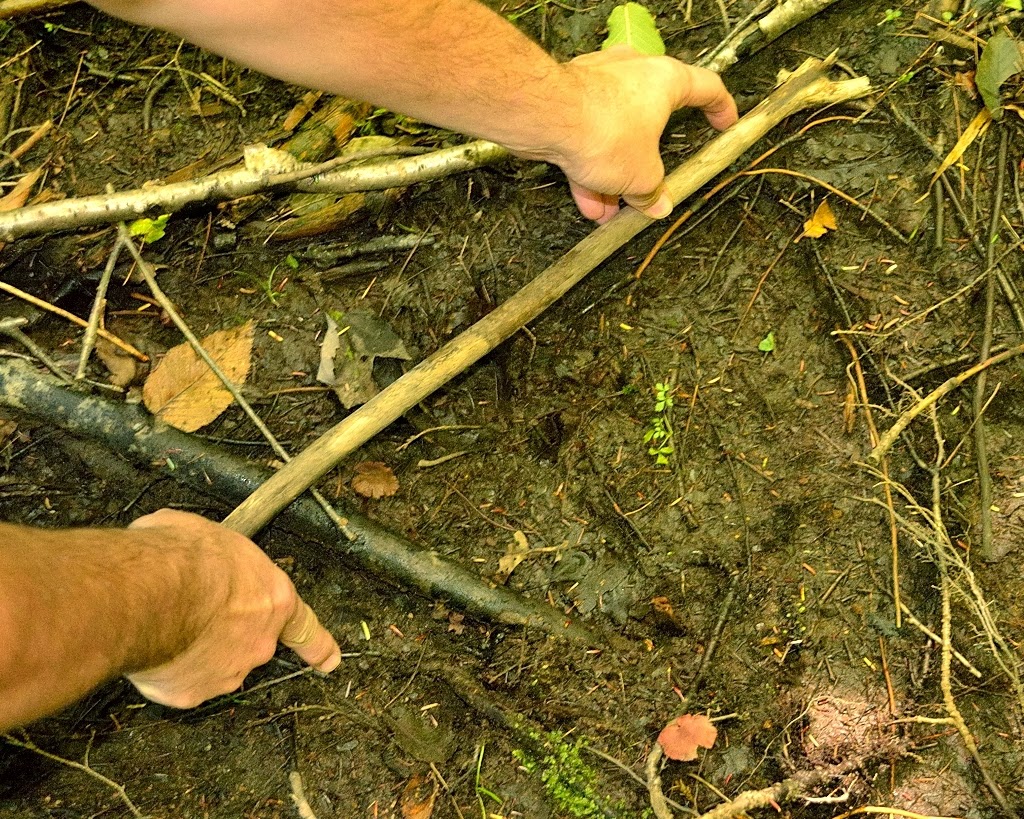 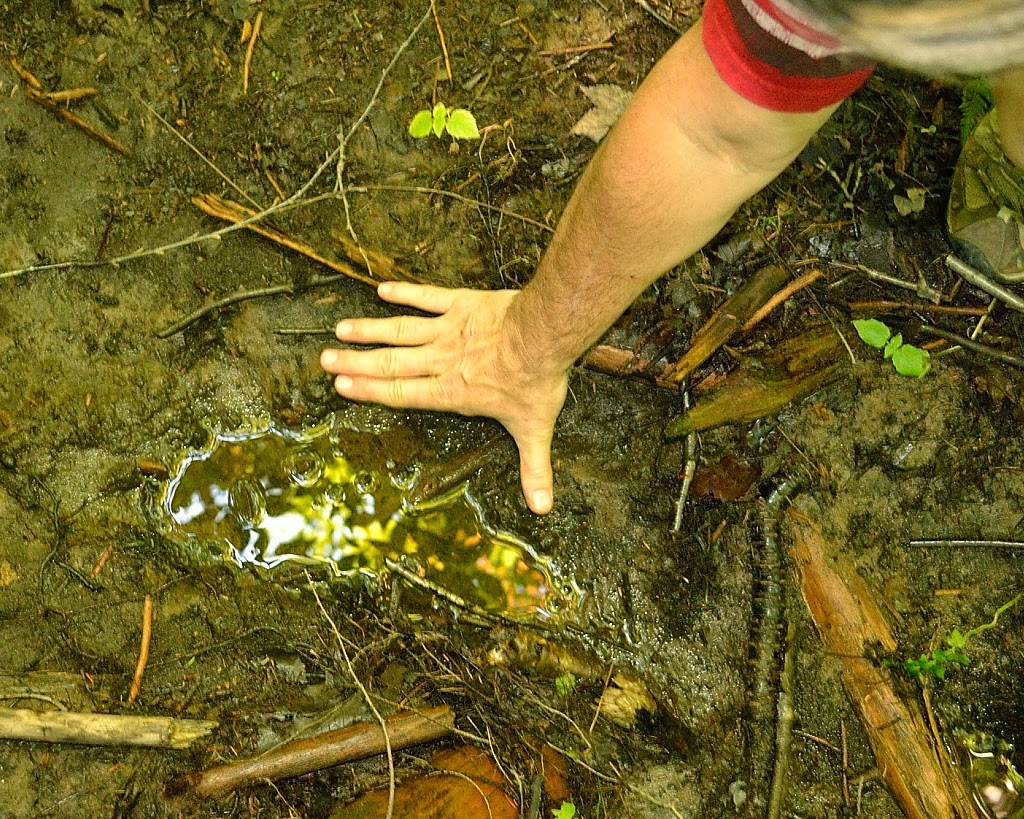 In the first photo, Pam's finger is pointing at the heel and her other hand is by the toes.

We put the tarp back over the well and tied it down again. 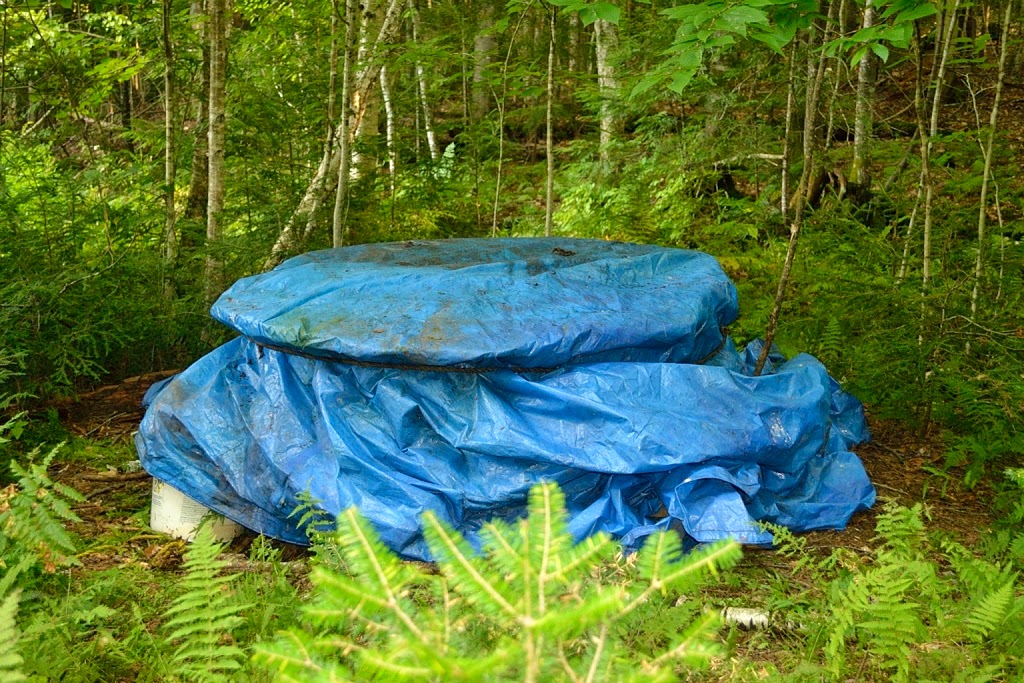 Later, Judi and Bill came over to see the tracks in person.  Sadly, they had pretty much faded away and it was difficult to see them.  Since they came over about five hours after I took the photos above, that means that the tarp was pulled off early this morning by whatever made that track.