For those of you who wandered over here from my Drift Away blog, you know that I fix things.  This is partly because I'm a cheap bastard, and partly because I get a feeling of satisfaction when I do it.  I even glued a handle back on an old coffee cup and clamped it with a rubber band.  Can you believe that Pam wanted to throw it away?  Its as good as new now. 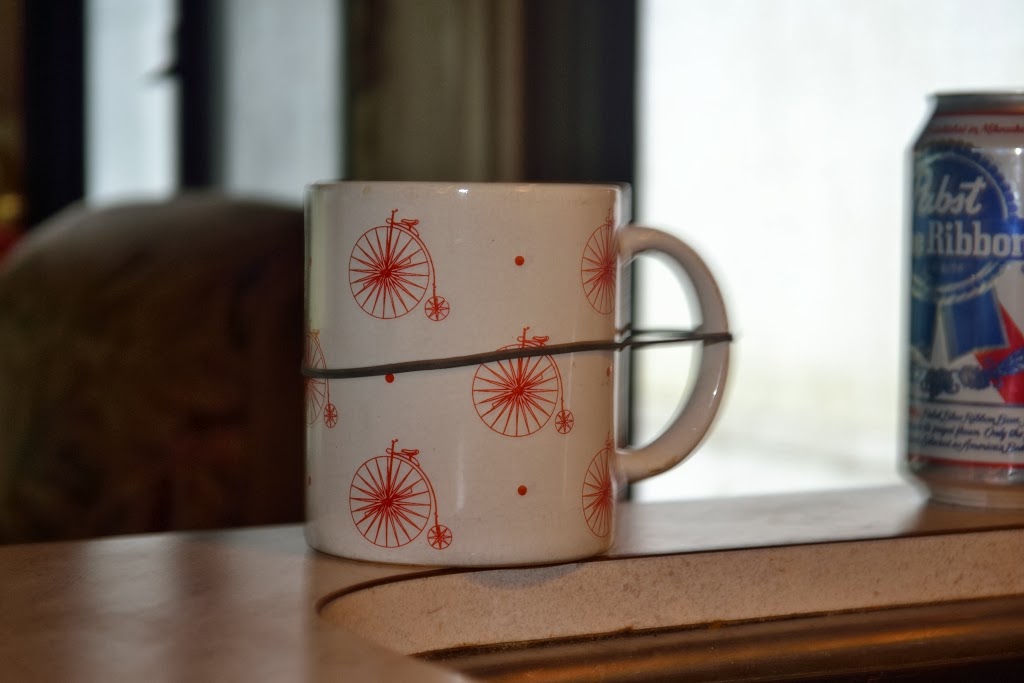 Judi's Kenmore dryer stopped working.  The element was burned out.  I went online and not only couldn't find a replacement, no  one even recognized the model number.  Maybe because its so old that it is avocado green.  It has to be about 40 years old.

Earl and I pulled the dryer out the other day and removed the element.  Looking at it, we decided that it was burned out only in one place.  Why not fix it?  We stretched the element out and wound the ends together.  First we tried a metal epoxy, but the ohm meter showed it wasn't working. 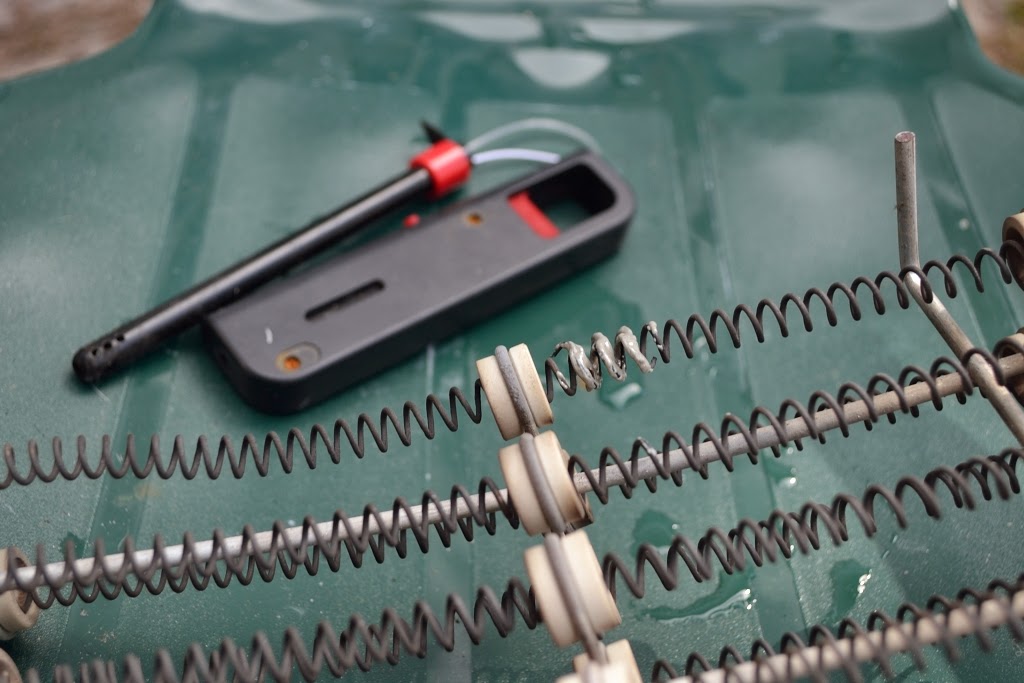 That's the epoxy in the top row.  So instead, we put a nut and bolt in there to join the two pieces.   We put it all back together and the dryer is working as good as new.

If you recall, on our trip south I noticed that our overhead cabinets were coming down from the ceiling, just like my Aunt Alice warned me.  In Virginia, I stopped at Lowes and bought a screw jack to hold them up. 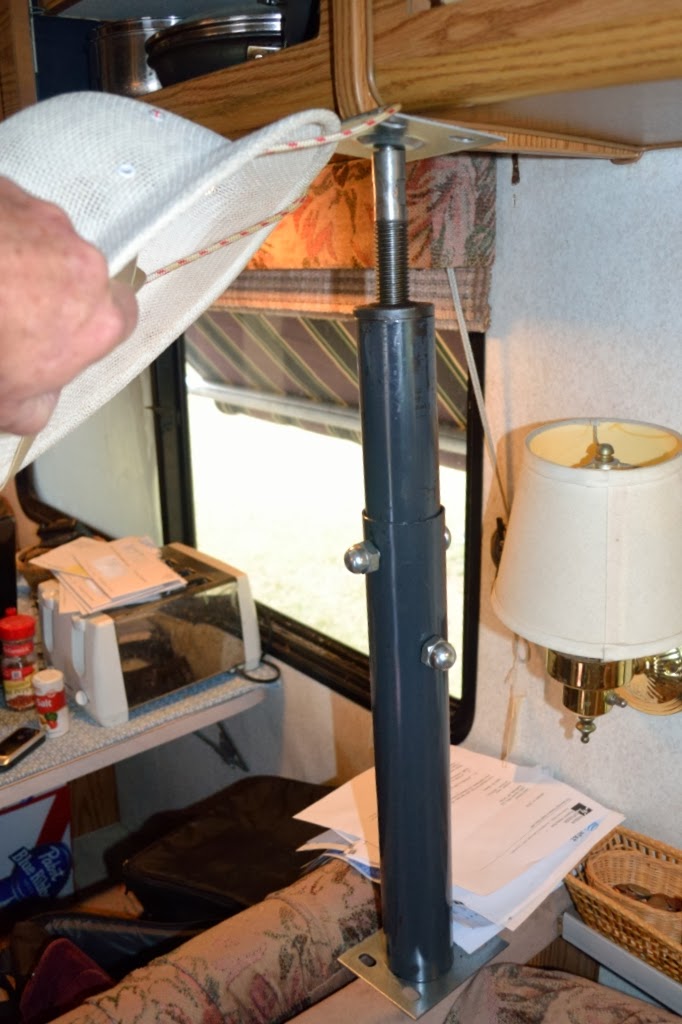 Yep, that's my pith helmet from Drift Away. 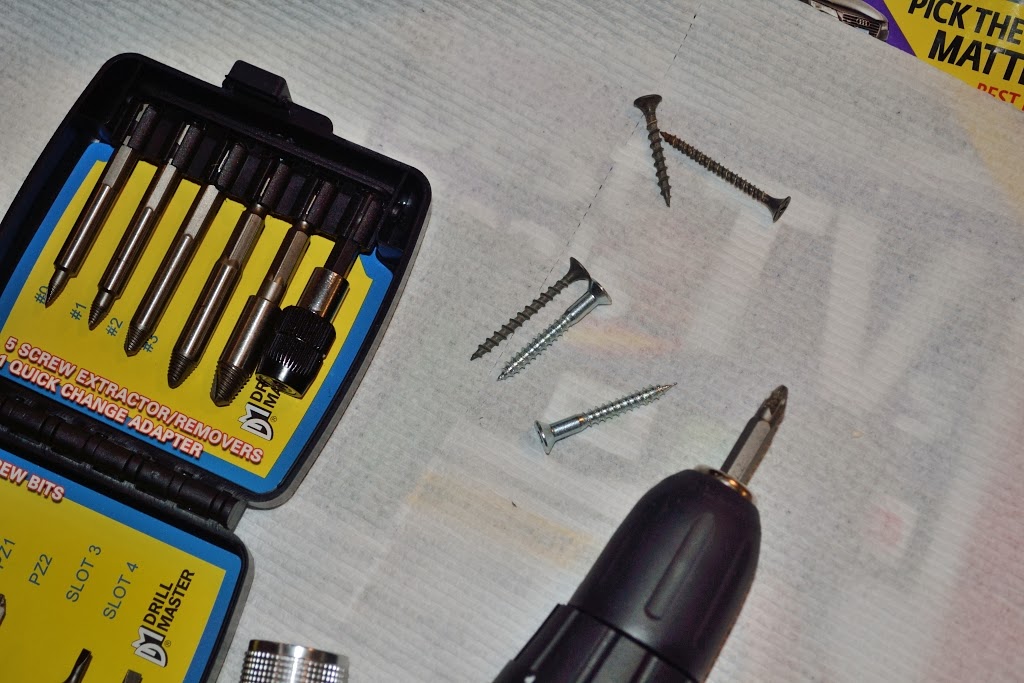 Upon inspection, I noticed that some of the screws were missing.  They simply fell out, most likely from road vibration.  You'd think that Fleetwood would have taken the fact that RVs are driven on the road into account.

I removed one and saw that the cabinets were screwed into place with drywall screws.  I hied myself to the Fort McCoy hardware store and bought wood screws, fatter than the drywall screws.   I coated each one with wood glue and screwed them in with my Harbor Freight cordless drill.

In the pic below, you can see a wood screw I screwed in in the middle of the pic, with glue oozing around it, and an empty hole to the left of it where one fell out. 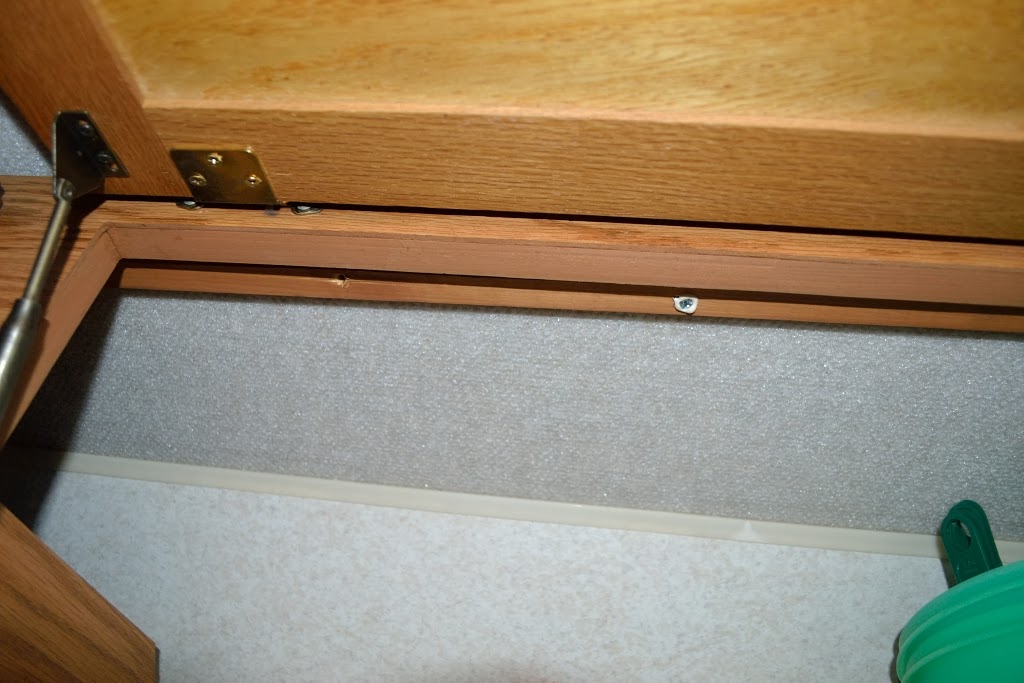 All of the screws were 1 1/2" long, except for two.  The factory must have run out, so they used 2" long screws and just didn't screw them in all the way.  Unbelievable. 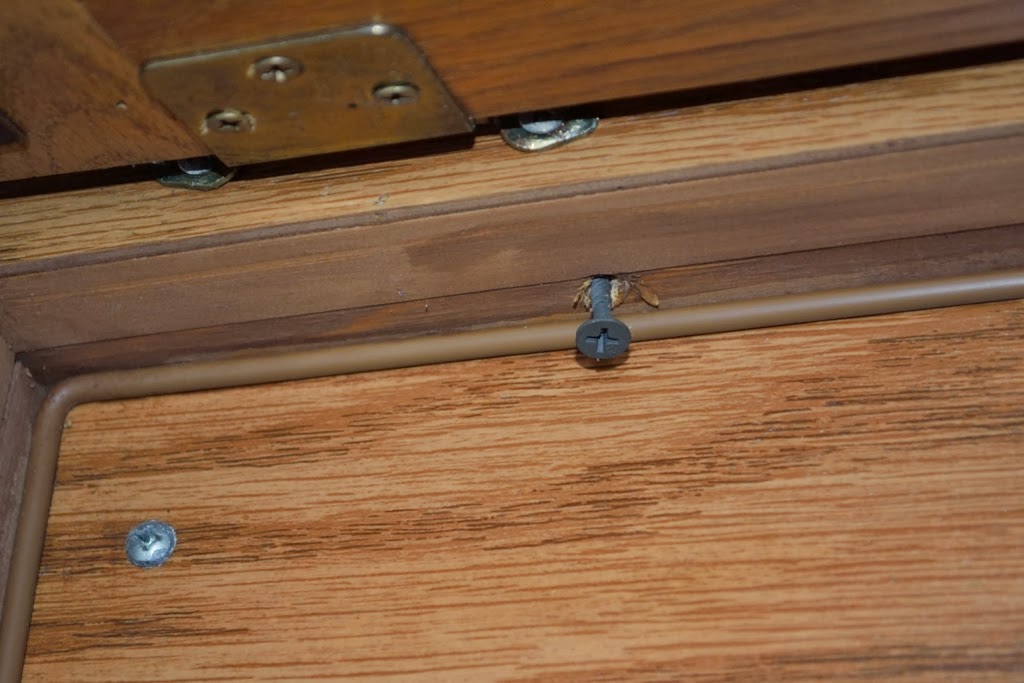 Today, if it stops raining, I'm replacing a Draw Tite Modulite power module that was installed less than a year ago.  The brake light circuit burned out.  Why?  Because it was only rated for 4 amps, and the horse trailer, with all of it's running lights, must have overloaded it and burned it out.  The one I ordered to replace it is rated for 16 amps.  It cost $10 more than the 4 amp one.   Why didn't the place that installed the hitch use the 16 amp  one?   No idea, but it was stupid.

I've never understood why manufacturers and service people take such short cuts.  When I built PCs, I built the best I could using quality components.  Many folks have told me that they're still using PCs that I sold them ten years ago.   Of course, if I built crappy machines that burned out in a few short years, maybe I'd still be in business.   :)   (<===  smiley face).