A bunch of the family took a ride over to the Gulf Coast yesterday to try some Gulf Coast shrimp and other seafood. We tried "the Freezer" in Homosassa, which is rated as one of the best restaurants in Citrus County. Pam and I were sharing a two pound serving of Gulf shrimp when I got one that tasted like detergent. I figured something went wrong in the kitchen and I stopped eating them. Pam kept on, and then she got several that tasted the same way.We then went to the Riverside Crab House for a few libations and to see the Rhesus Monkeys on "Monkey Island".  Monkey Island is actually just the remains of dredging, and the owner had the idea of putting monkeys on it to attract customers.  It worked. 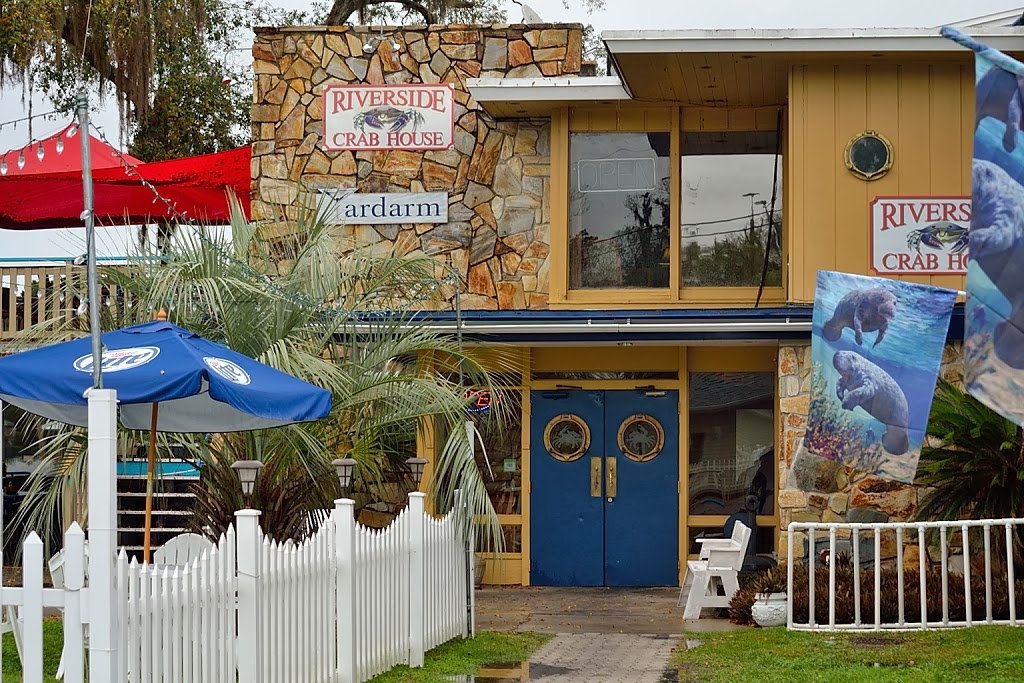 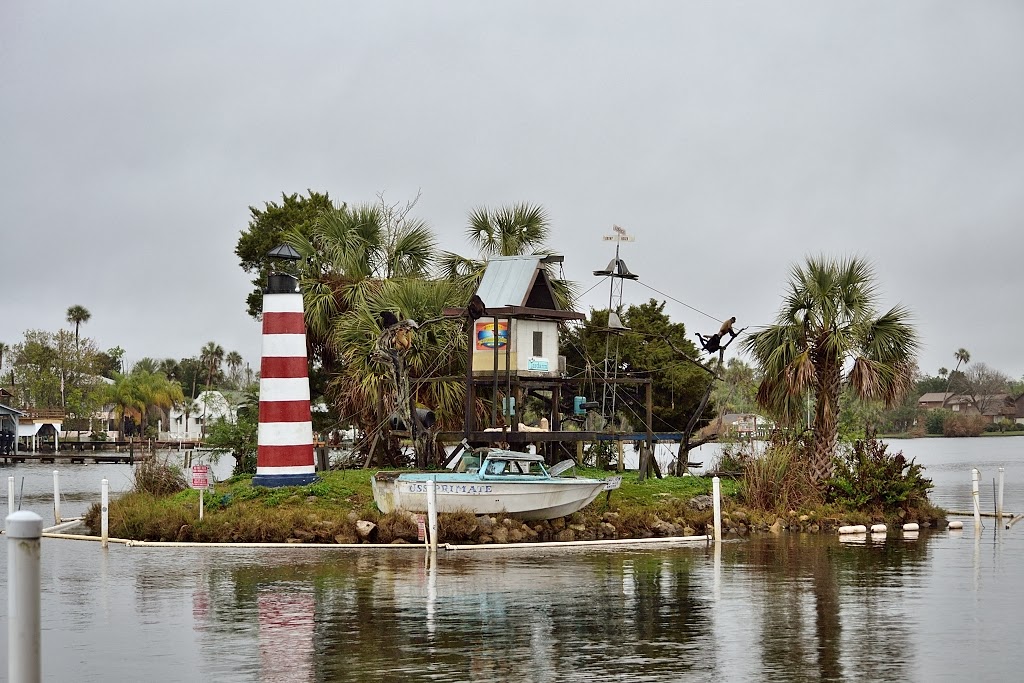 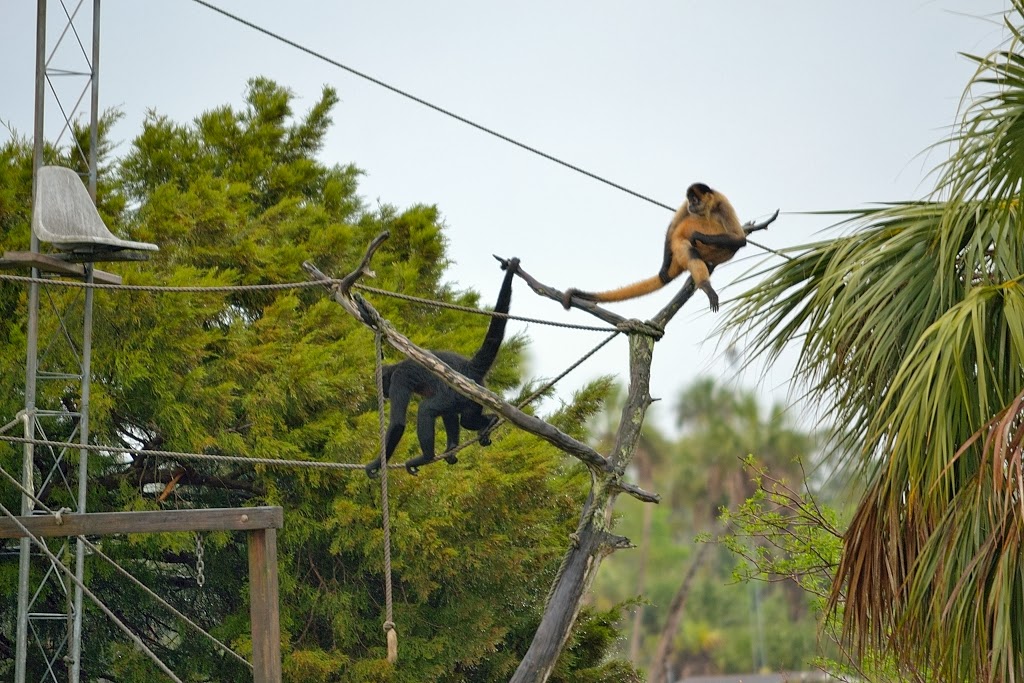 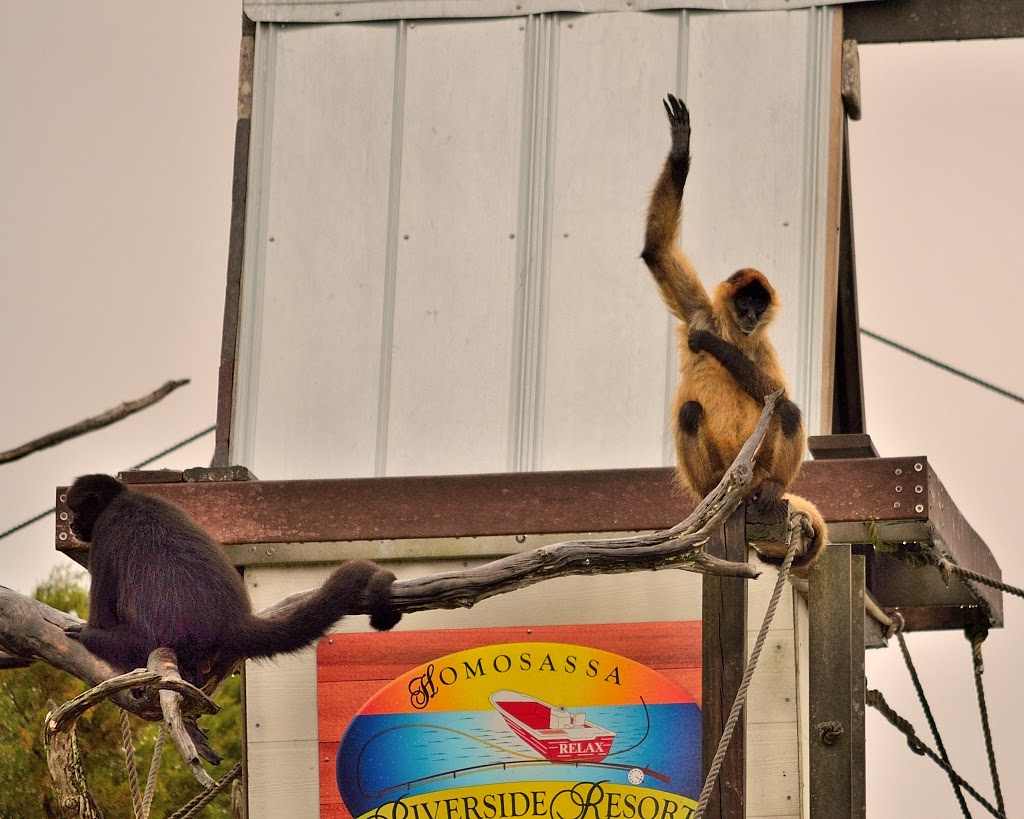 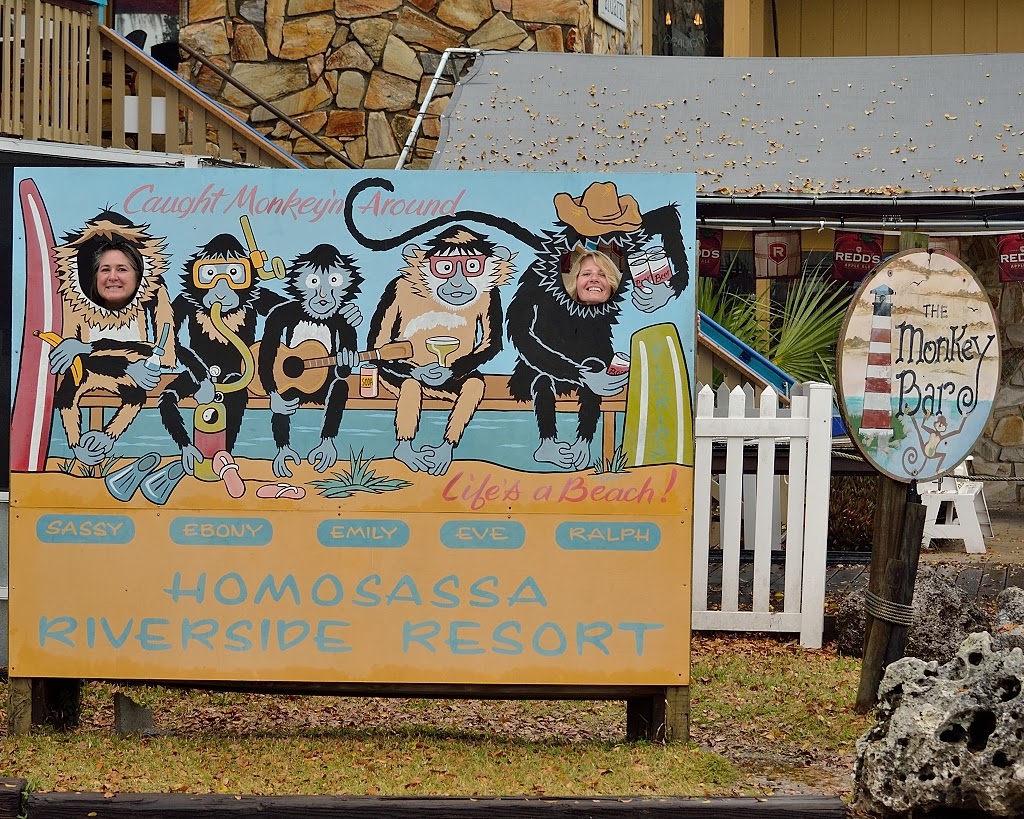 It felt great to be able to photograph birds again. 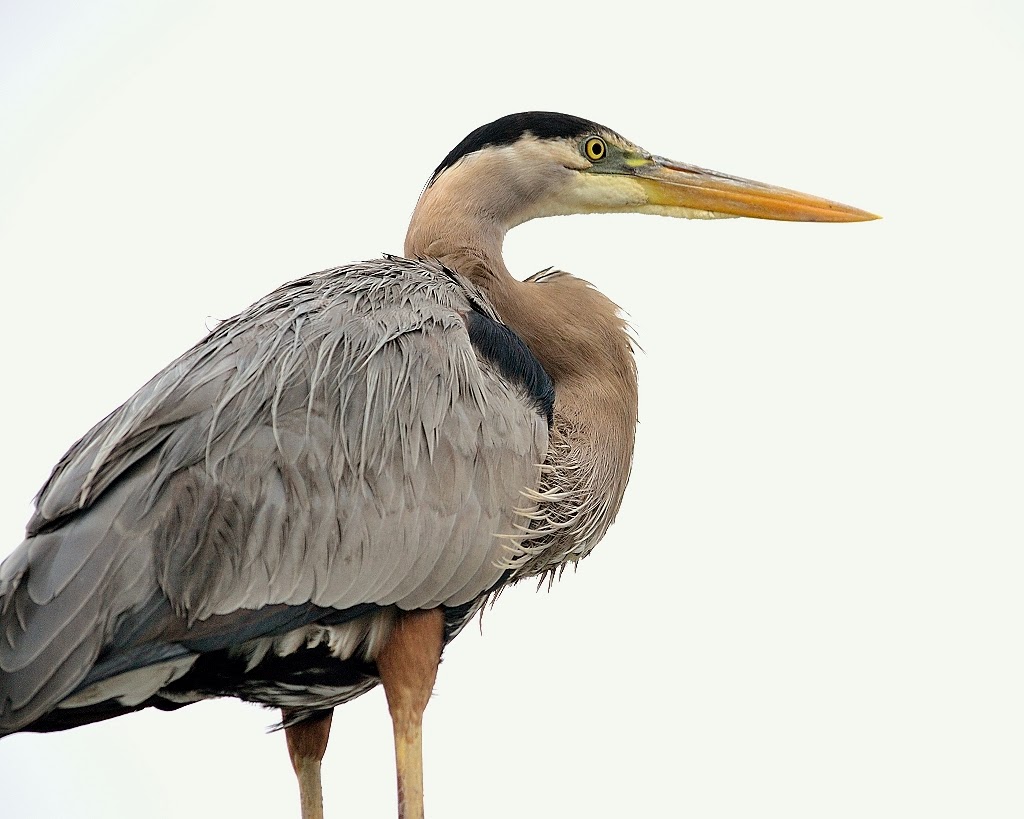 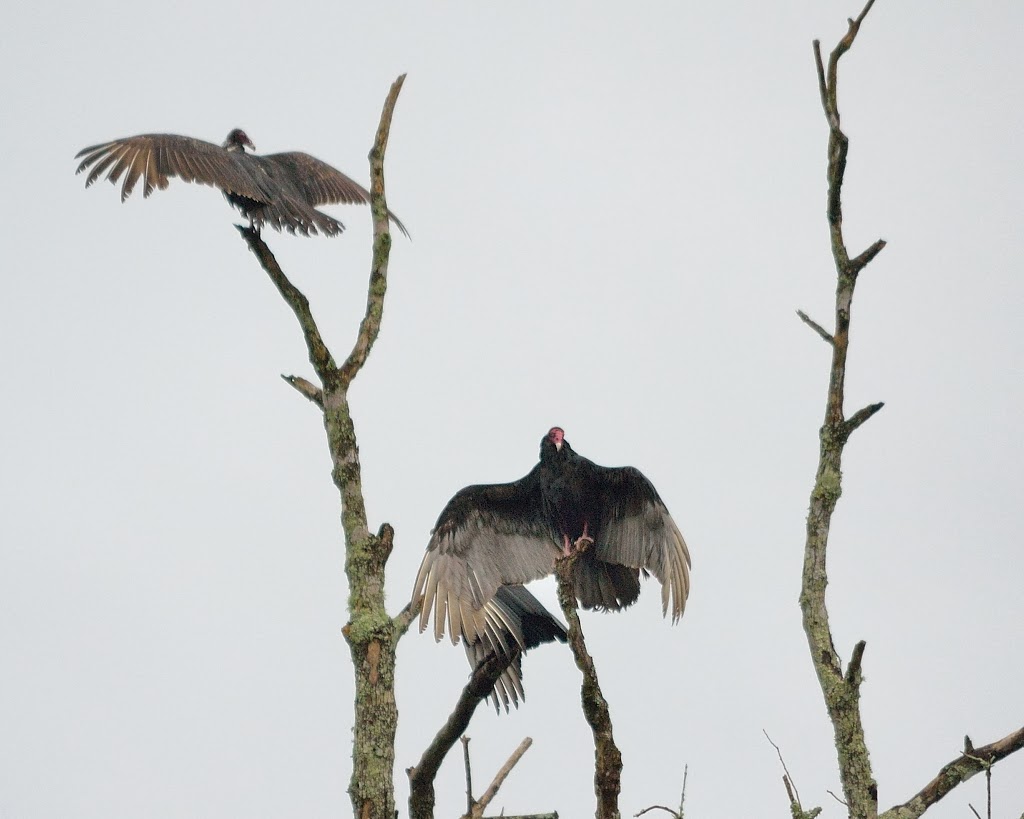 Later, we took a drive to Fort Gulf Beach.  Lots of birds here! 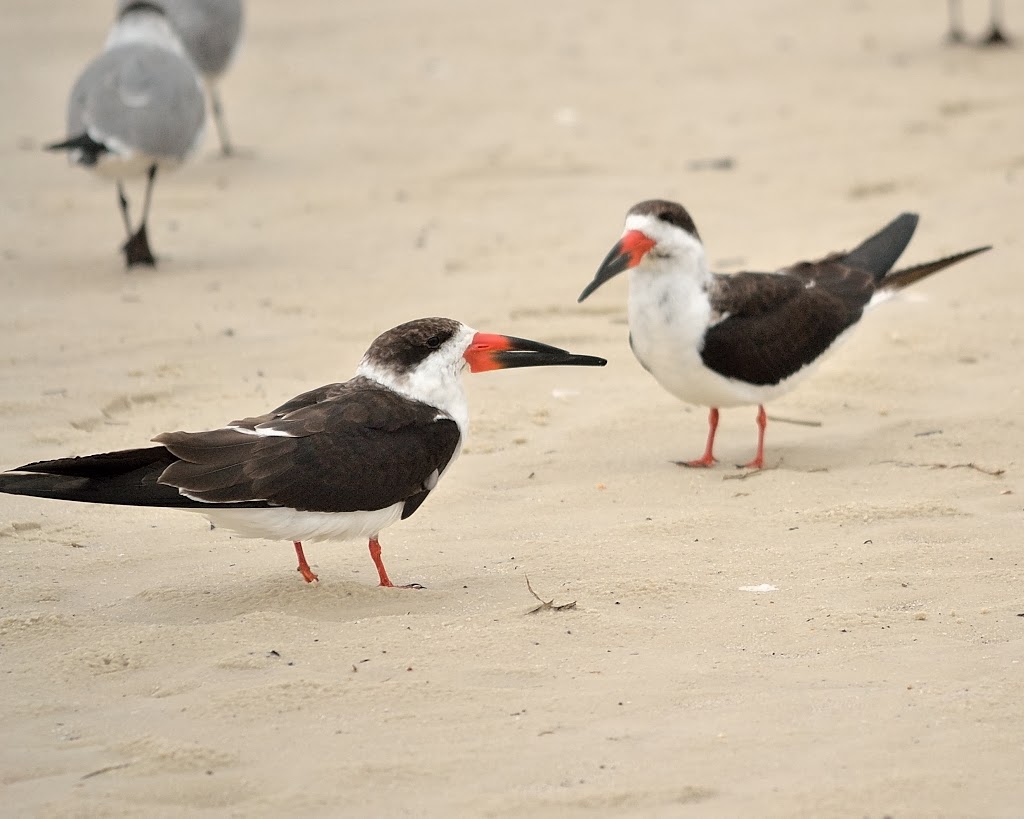 Black Skimmers, the only US bird to have a longer lower beak than it's upper 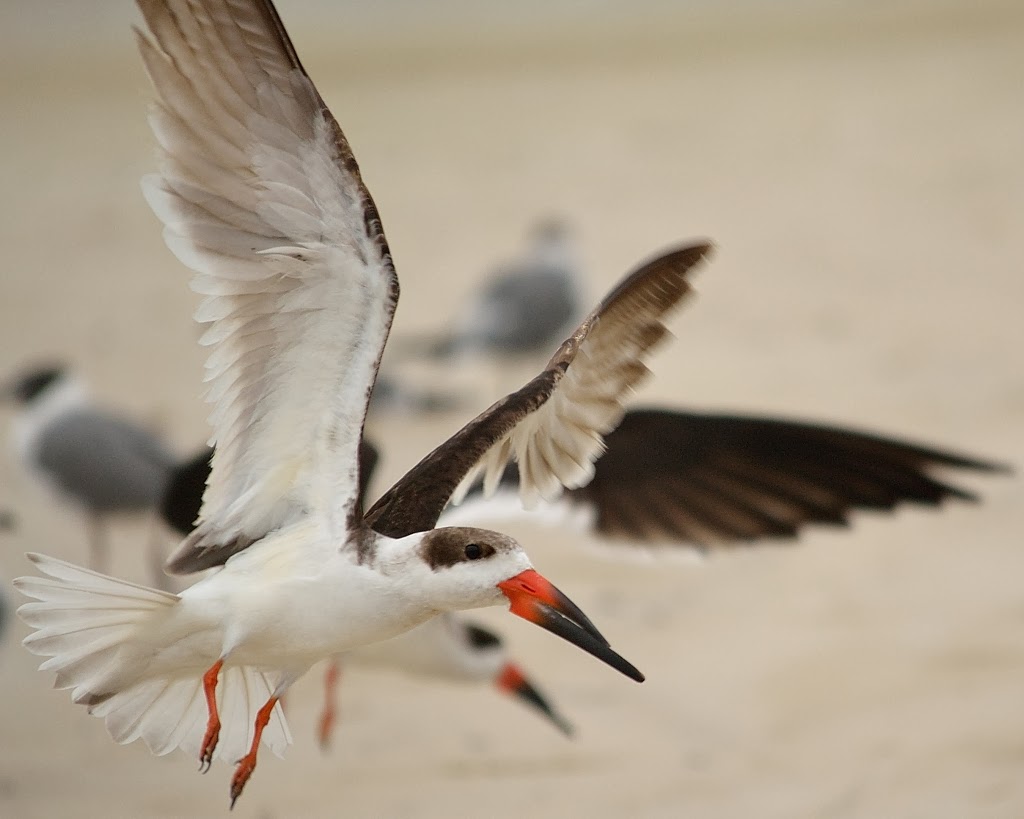 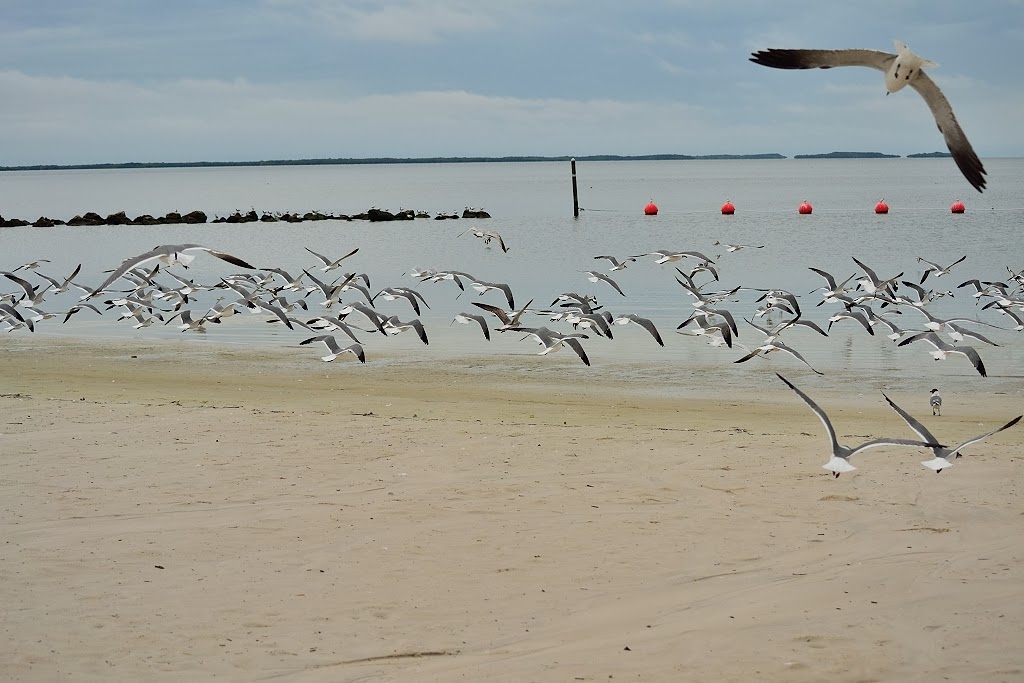 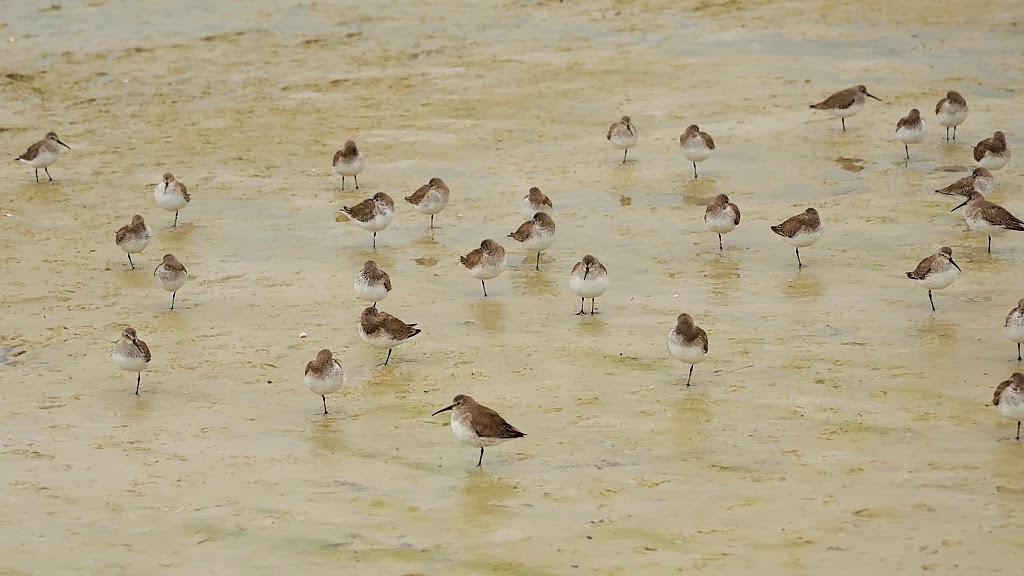 Strolling through the water, Pam noticed a black spot. She scooped up a handful of goo. 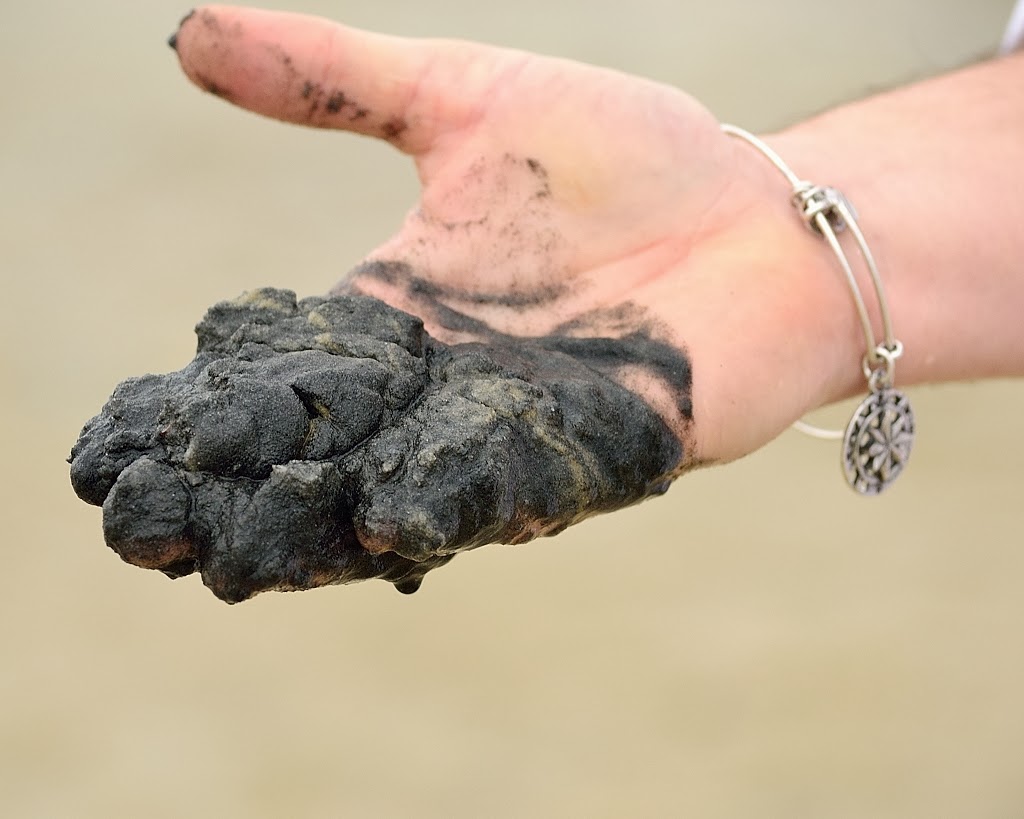 It smelled of oil. It was, no doubt, remnants of the BP oil spill. We're assuming now that since shrimp are bottom feeders, we got shrimp tainted with BP oil and the detergent used to "clean it up". What the dispersals actually do is just sink the oil to the bottom where it can be ingested by bottom feeders like shrimp.We also noticed a large number of one legged Sand Pipers. Way too many to be a mutant of nature. One can only assume that this too is an after effect of the BP oil spill.If one digs down just a few inches into the beach sand, one comes up with a handful of smelly oil sludge. This makes me very angry. As much as the US needs oil, we have to stop drilling off shore. We can't rely on large corporations to remedy their environmental accidents. 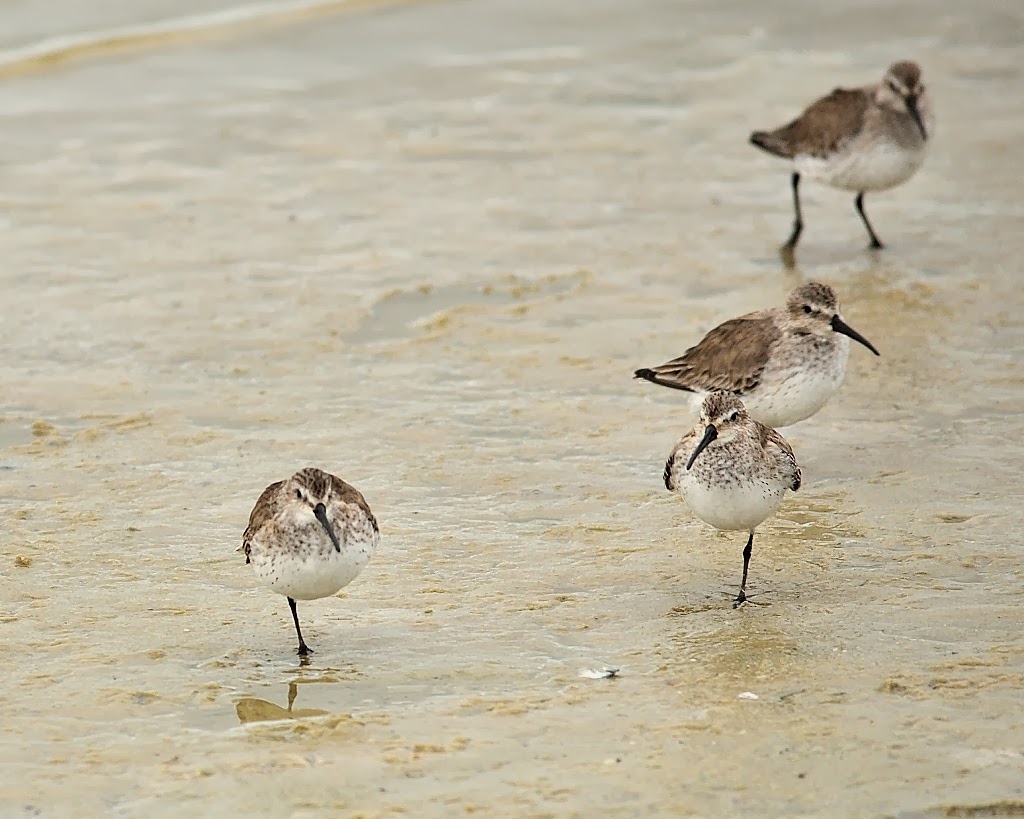 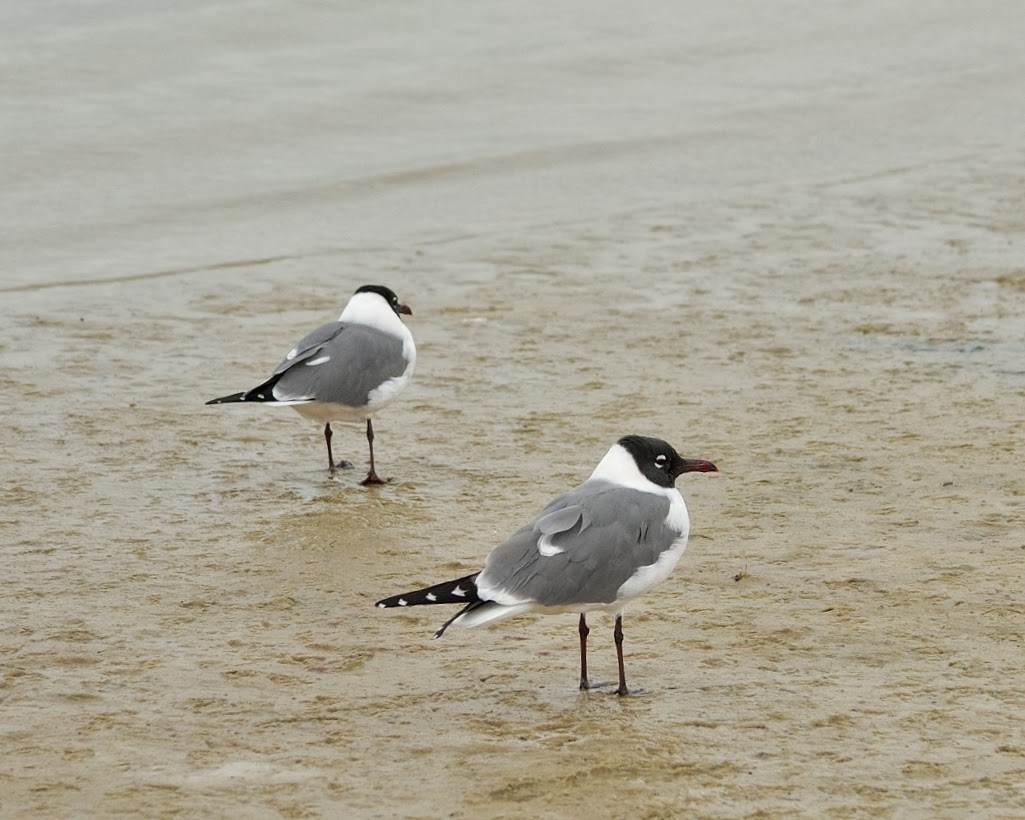 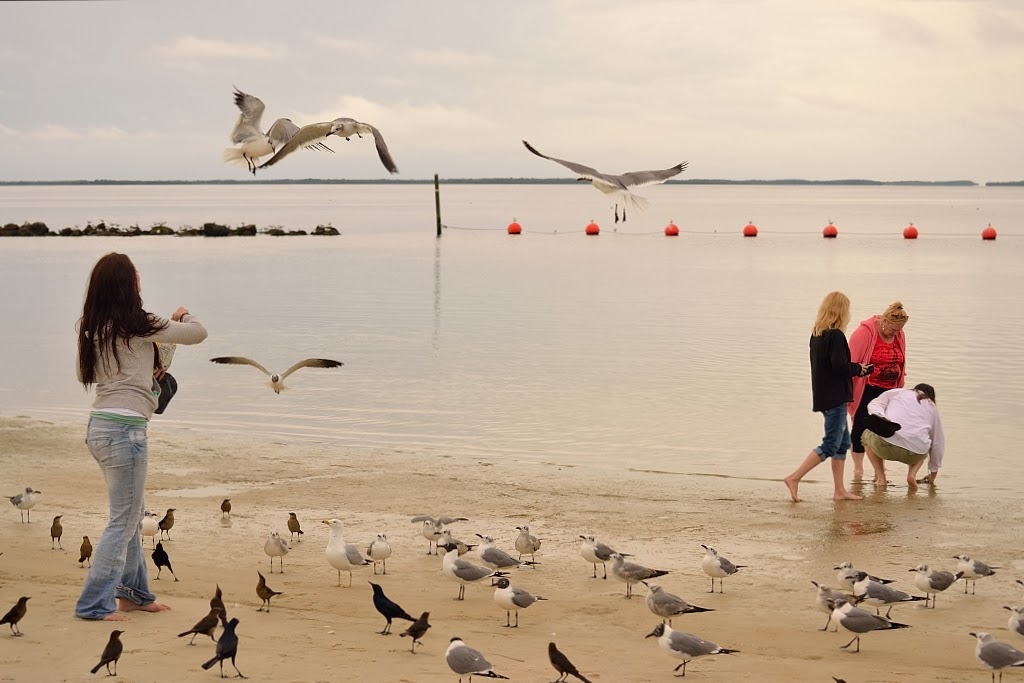 Megan feeding the birds while Tracy, Judi, and Pam check out the oil. 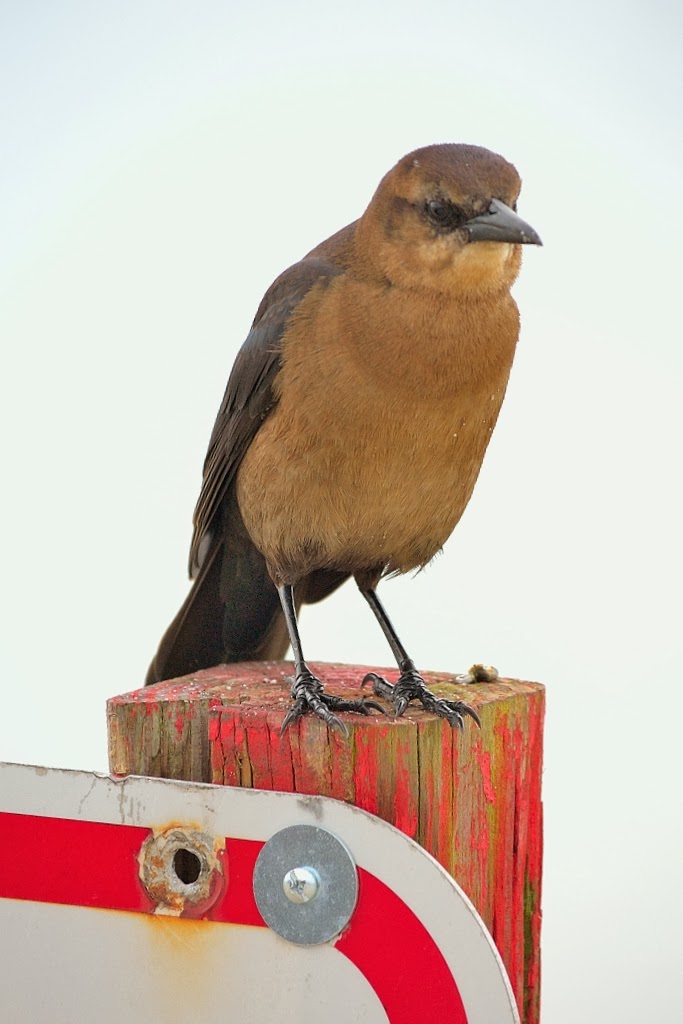 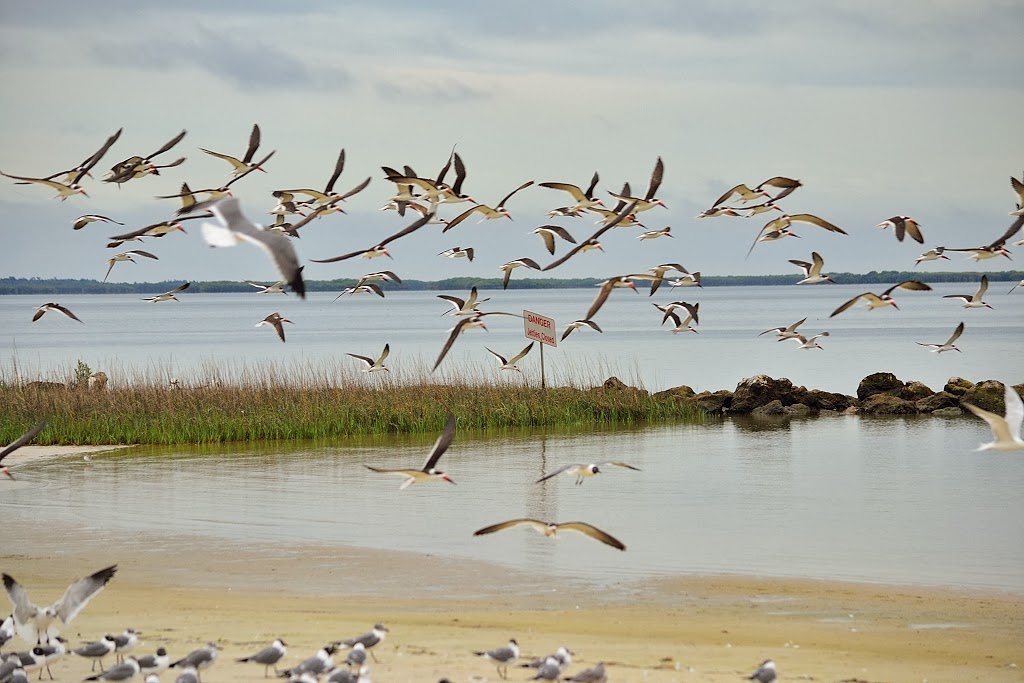 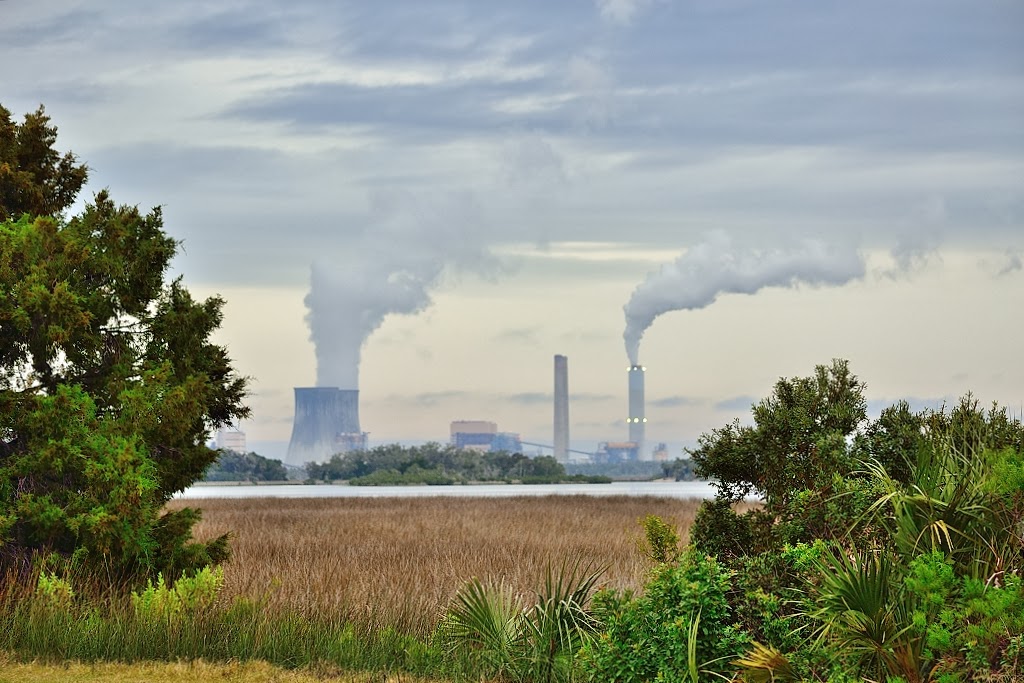 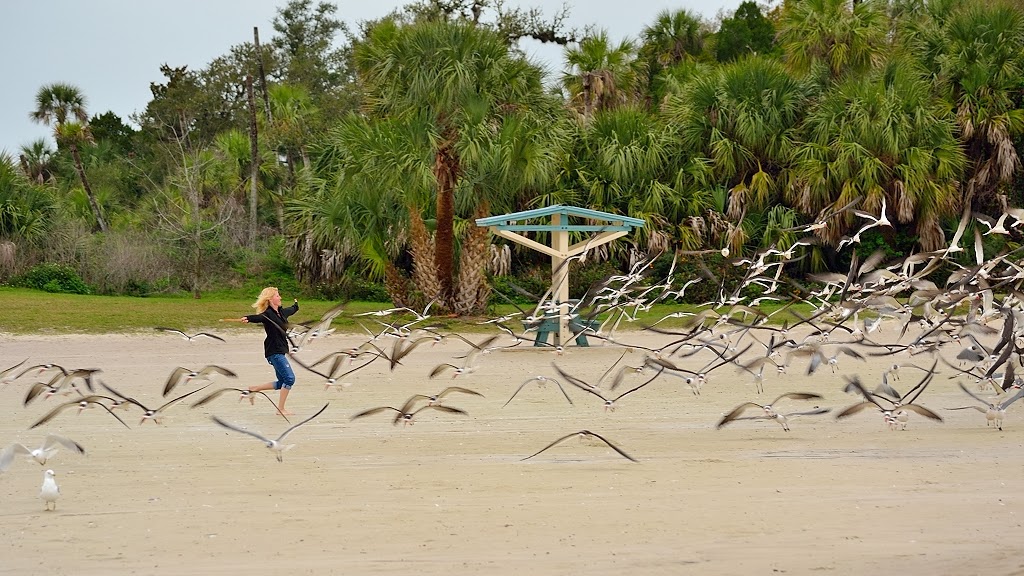 The Gulf shrimp were second only to Georgia's wild shrimp in flavor.   Sadly, because of the BP oil spill, I won't be eating any ever again.