Today was nice, weather wise, so Pam and I hied ourselves over to our land to cut small trees to make a frame for tenting Bessie the Tractor.  I have to admit to being saw-shy when dropping the trees, for obvious reasons for those of you who know me.

The first tree I dropped was a good sized hemlock that fell with a thud.  The second was a tall scrawny thing that I tried to drop one way, but fell the other, hanging up in another hemlock.  Since my track record with leaning trees isn't good, so Bessie was used to drag it down. 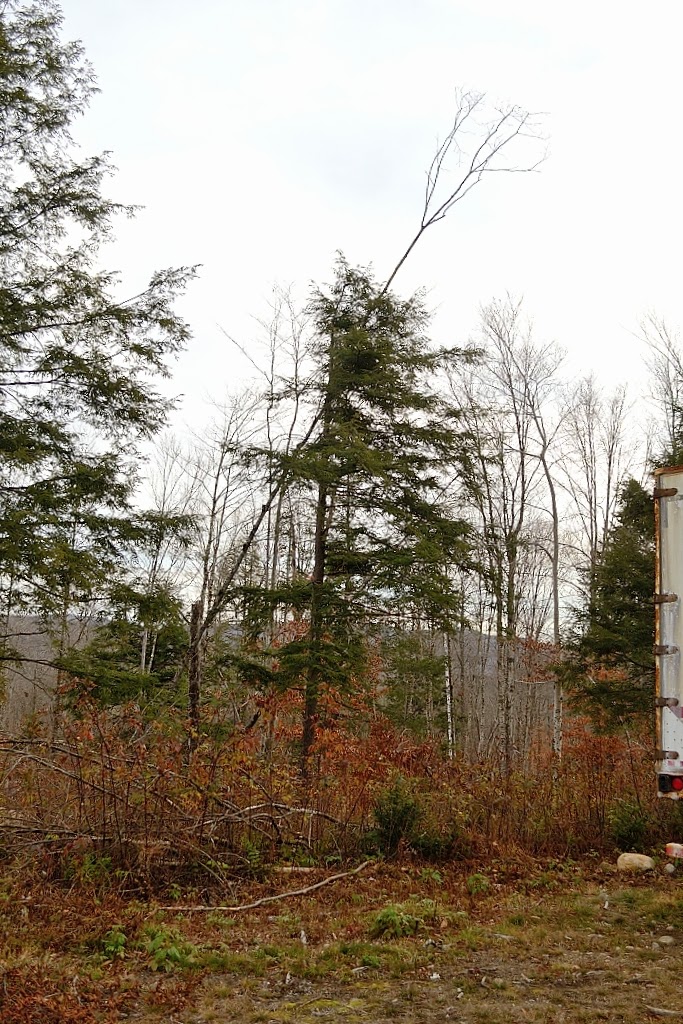 Our three dogs were with us and Pam made sure they stayed "safe", "safe" being the command word that they know means to go to to Pam and to sit.  Or, in Ruby's case, to play with her indestructible toy ball.  Yes.  That was a ball, completely dog proof. 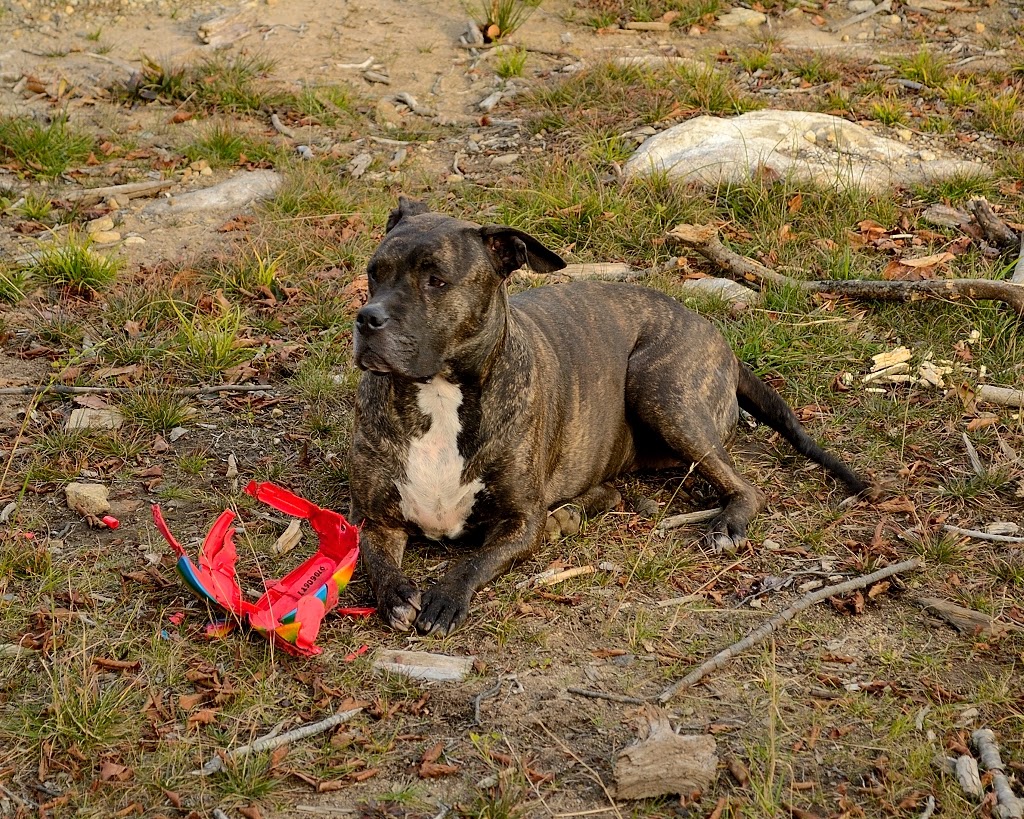 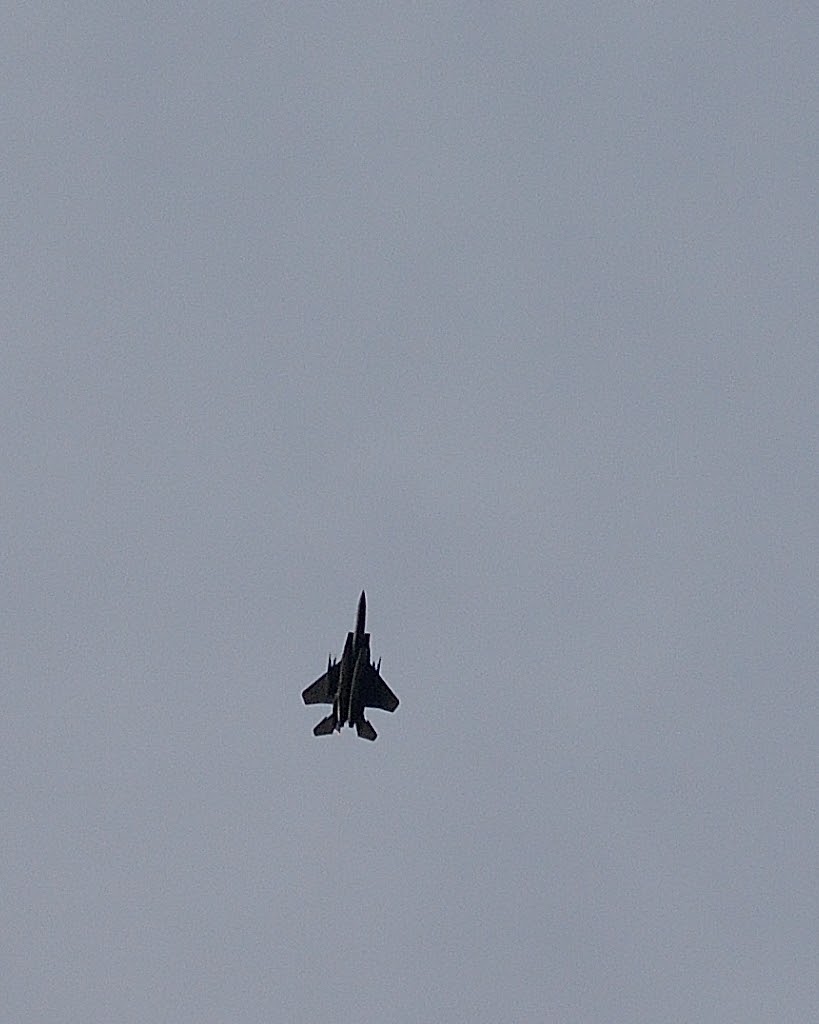 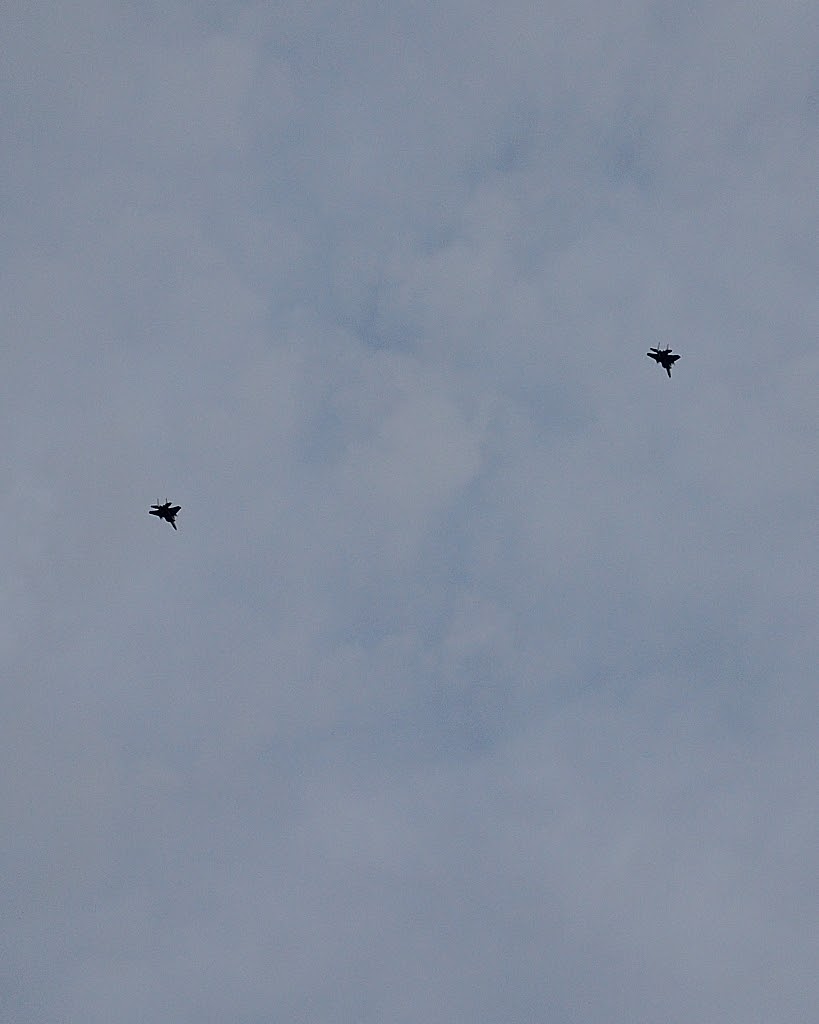 Our pile of saplings to build Bessie's tent.  And Ruby with her shredded Bugs Bunny, now missing its squeaker and stuffing, with two more shredded balls behind her. 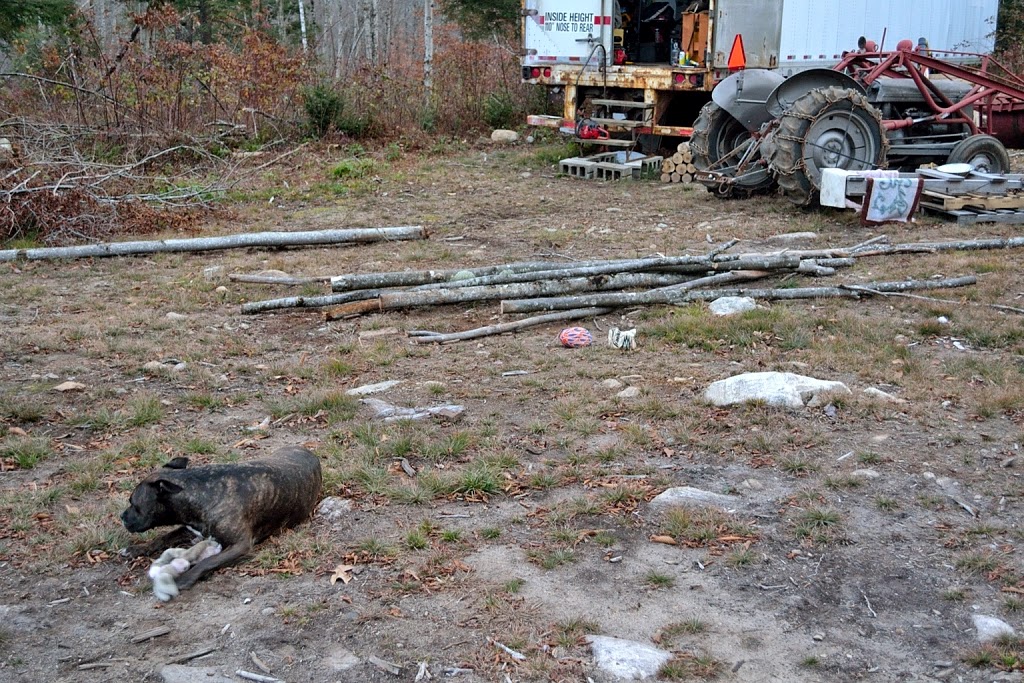 Earl and Judi came over, had a couple of victory beers, and enjoyed the moon.
When I was a toddler, my mom said I always got excited when I saw the moon, and would exclaim "See the moon!  See the moon!".   I no longer do that.  Out loud.  Usually.   OK OK, all the time. 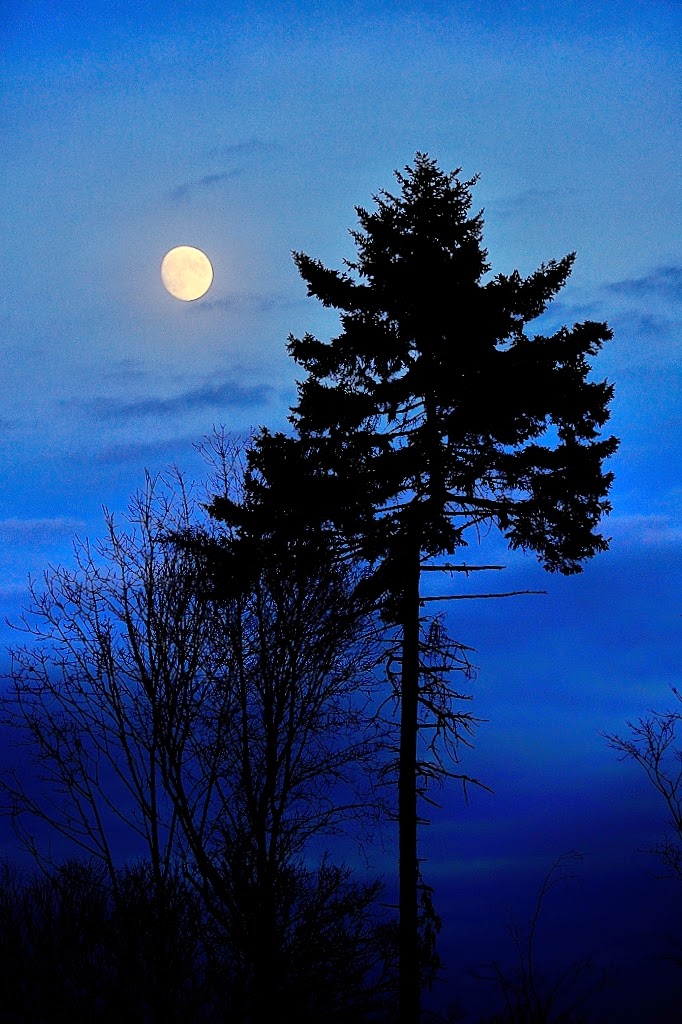