I'm no expert on canning anything, but even I noticed that Pam made a fundamental mistake right off the bat.   But I will provide detailed instructions here for those of you who want to learn from our mistakes.  Pam decided to make pickles... 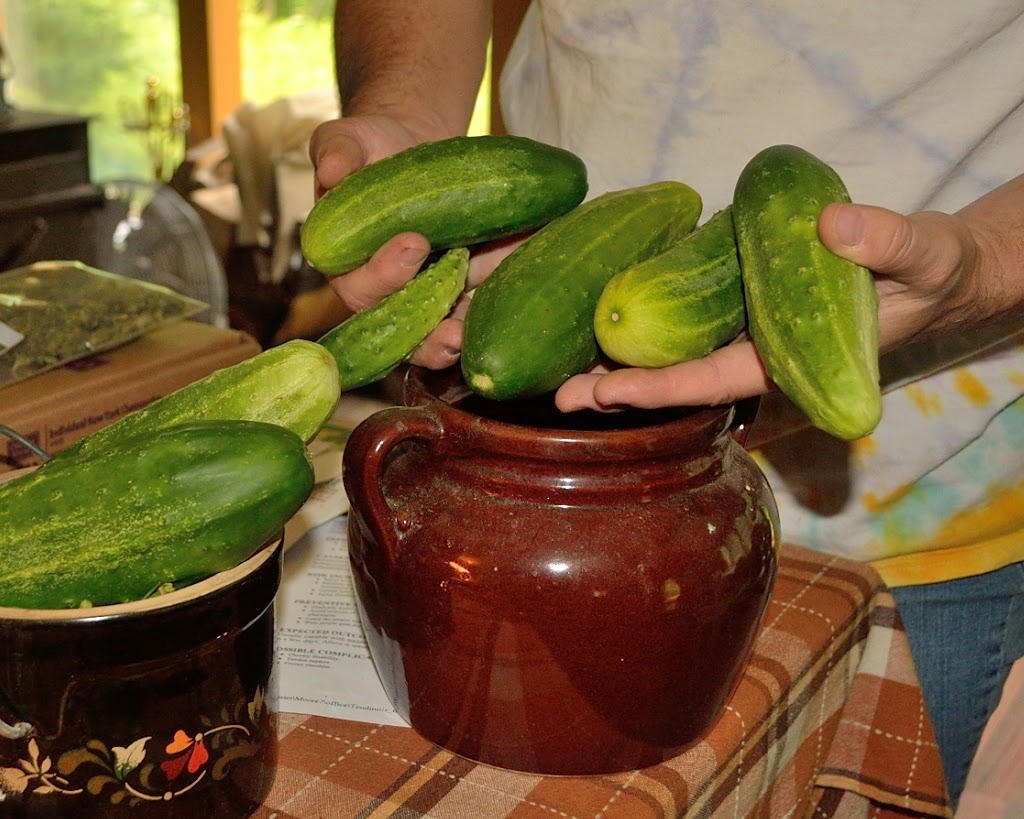 I made fresh horseradish for her that morning, which she put in each Mason Jar to be used for the pickles.  She had cut the cucumbers and put them in a bowl of special pickle water. 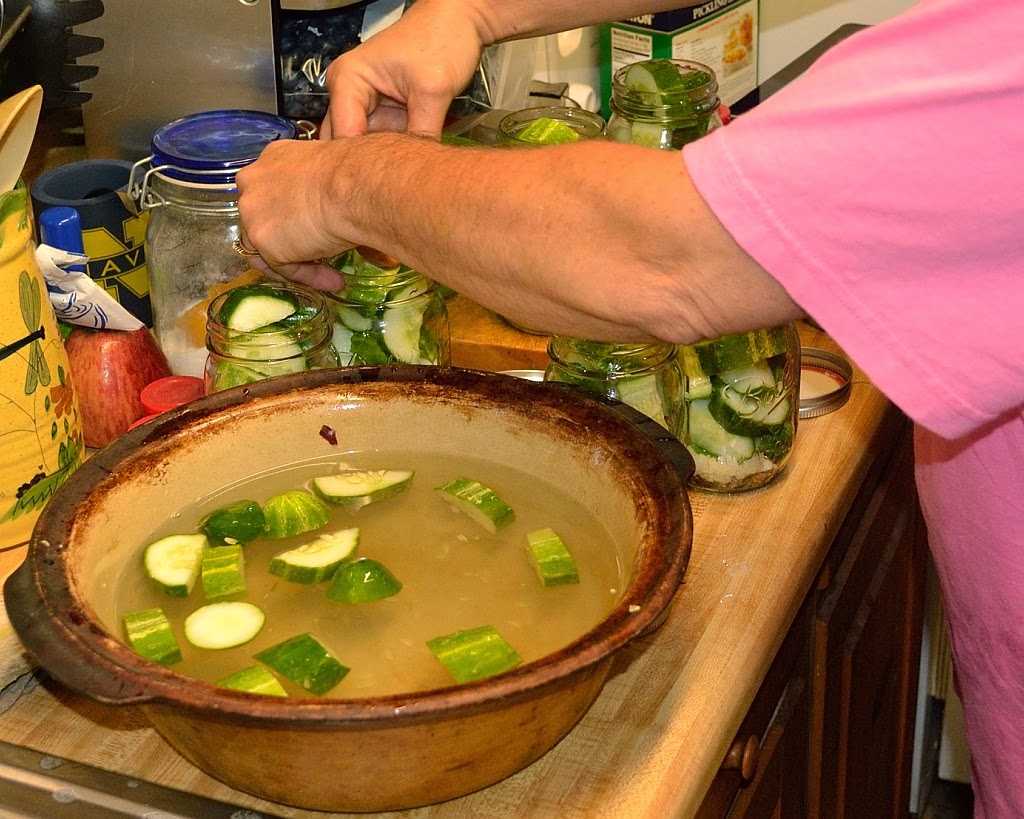 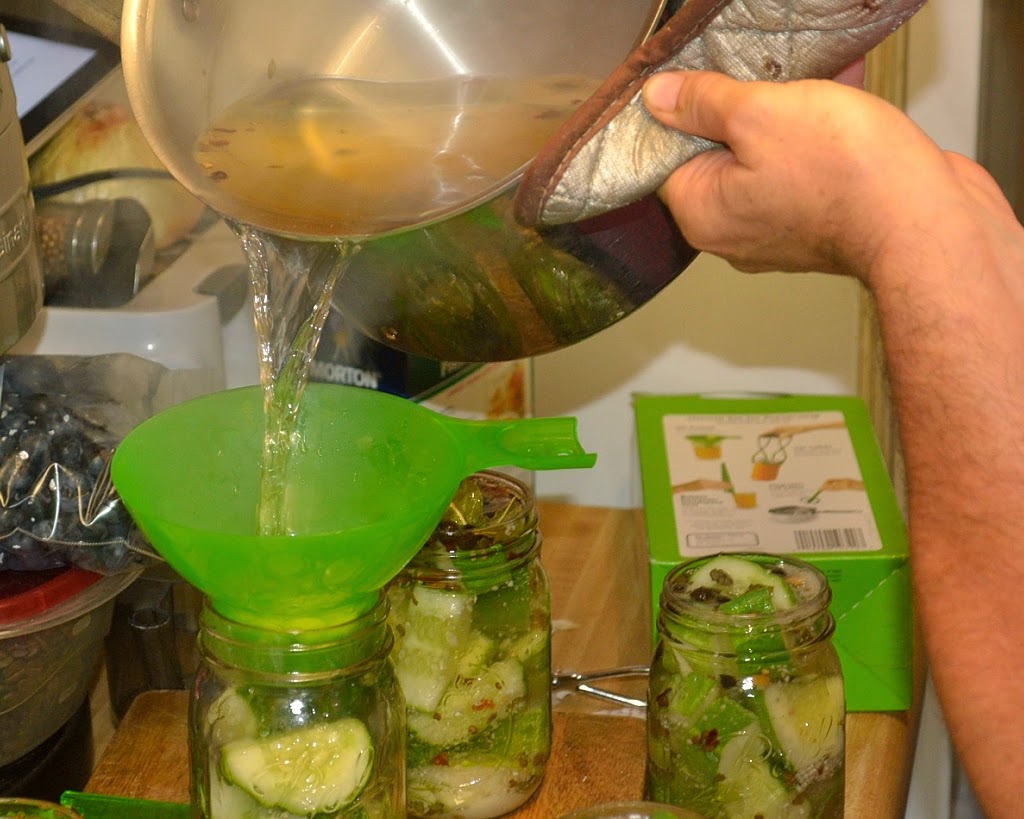 The filled jars have the lids put on and are then put in a pot of boiling water. 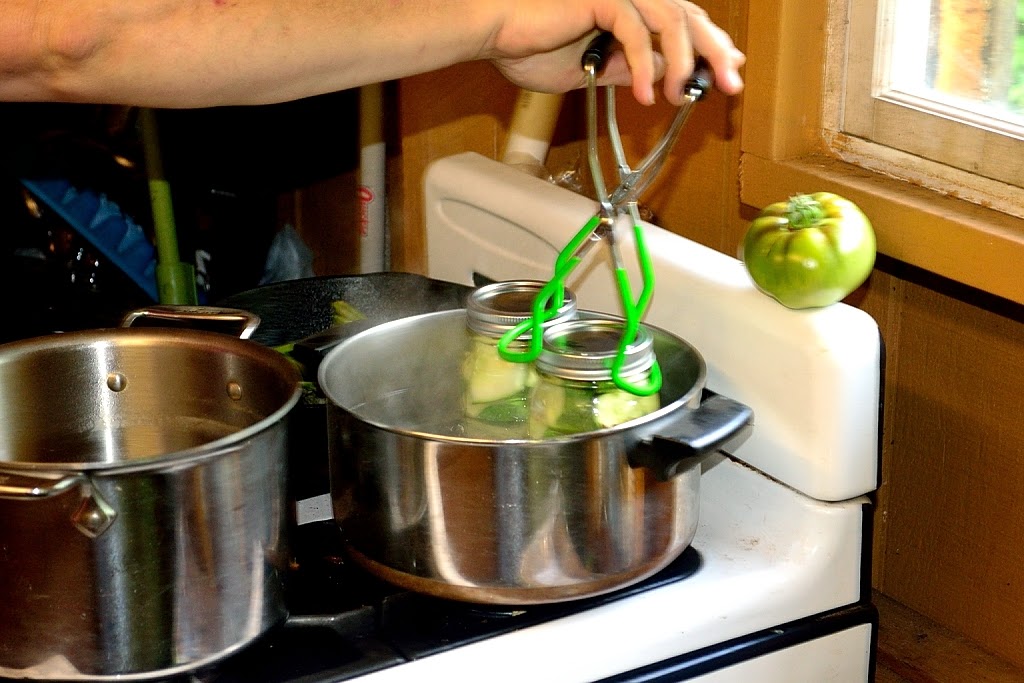 It was only after a re-reading of the directions that Pam noticed that she was to leave a half inch between the special boiling pickle water and the top of the jar so that a vacuum would be created as the water cooled.  As such, three out of the seven jars are shelf ready.  The others went into the refrigerator to be eaten sooner because there was no vacuum created in the pickling process.

And so there you have it.