It rained most of yesterday and the dogs were cooped up in the RV all day.  Today the weather broke.  Pam took the dogs out in a pasture where they found a pond to swim in.  Lilly has to be the dumbest dog on the planet.  She swam out to the middle and then couldn't figure out how to get back to shore.  She was swimming around in circles.  Ruby, our dark brown pit, who fortunately is smarter than Lassie, recognized that Lilly was tiring and needed saving.  She swam out and kept nudging Lilly until she was close enough to shore for Pam to grab.

Later, we put them in the arena to play.  It was a game of "let's see if we can catch Olivia the Pointer".  It was actually pretty funny to watch.  Olivia would let them get close and then kick it into high gear, literally leaving them in her dust. 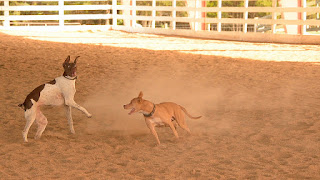 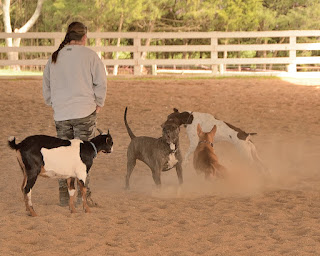 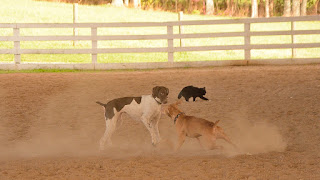 Even Leo Pard the cat wanted to run. 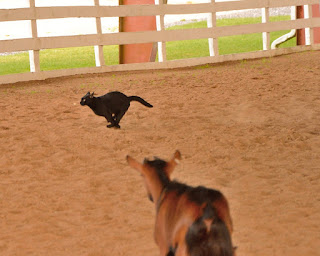 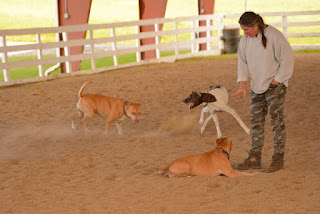 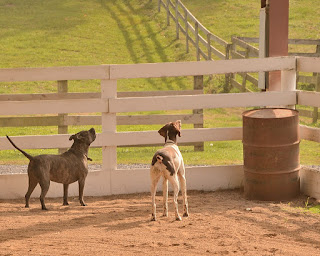 Tomorrow, I get the rest of the tires put on the RV, and we should be back on the road on Tuesday, early, since we're going to shoot for South Carolina.