Anyone who reads this blog regularly knows of our findings of sasquatch evidence.  Most that I tell in person look at me with curiosity, as if Pam and I have lost our minds.  I think part of the problem is that there are simply too many hoaxes floating around so its hard to discern what's real and what's not.

Take this Ohio sighting, for example, posted today on Facebook. 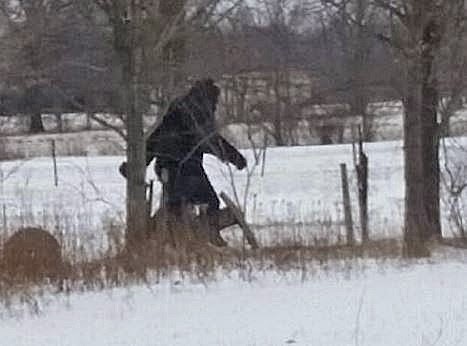 An Ohio nurse was reported to have taken the photo above of an eight foot tall sasquatch.  Looks real, doesn't it?  The only problem is that there is only one photo.   As someone correctly pointed out, if you saw something like that walking along a fence, wouldn't you take as many photos as your could?  Someone else then discovered that there is a website called Zazzle that sells cardboard cutouts exactly like that.

They also sell these on Zazzle.  I need to get me one. 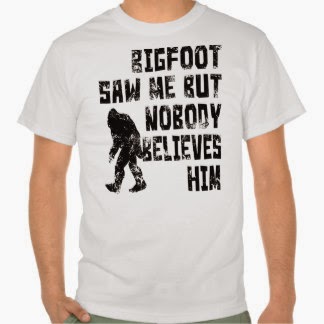 From all the reading I've done on this subject, I've found that there are literally thousands of reported sightings of sasquatch.   Certainly, they can't all be hoaxes.

Here in Florida, there is the Skunk Ape.  It is an ape found only in southern states and different from our northern sasquatch.  Skunk Apes resemble orangutans but with a flatter face.   Whereas an adult male sasquatch can be anywhere from seven to ten feet tall, skunk apes are five to six feet tall.  They've been widely reported here, including by a woman in 2000 that took this photo of one that stole apples from her porch.  She sent it to the police complaining that someone lost an orangutan and the policed needed to capture or shoot it because she was afraid for her grandchildren. 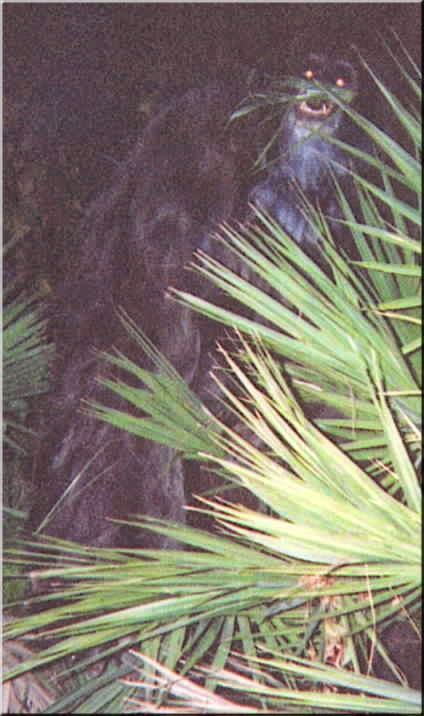 The Florida Skunk Ape is more ape-like than a sasquatch.  A sasquatch has a human looking footprint  while the Skunk Ape has an oppose-able big toe, like our thumbs, to aid in climbing.

This next pic is from the famous Patterson-Gimlin film of "Patty", taken in 1967. 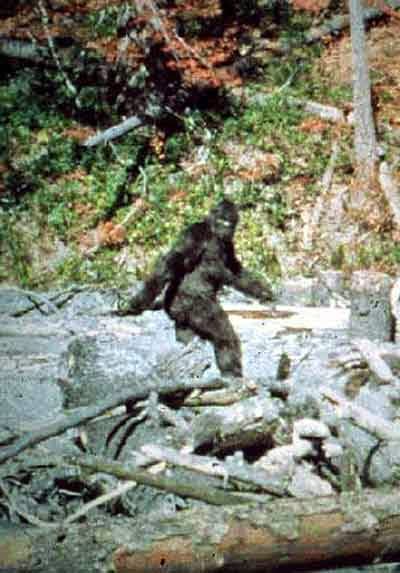 Most people (including me until this past August) thought this was a hoax, a man in a monkey suit, faked for fame and fortune.  Most experts (primatologists, anthropologists) that have examined this photo, especially now using modern technology, believe it to be genuine.

As you can tell, I am fascinated that sasquatch and skunk apes can be living among us, yet be so elusive.   I have no intention of "hunting sasquatch", which is what sasquatch researchers do when they go stand in the woods all night, whooping and hollering, trying to attract an eight foot tall, 800 pound animal.  I only want to understand what they are, and to leave them be.  Although they seem to enjoy watching people, especially kids, they don't seem to be aggressive.   That's a good thing.