No, those two things aren't related.

First, I wanted to post a pic of the strawberry chocolate cake that Pam made the other day.   It looked so good that I had a piece, and I'm not big into sweets or desserts. 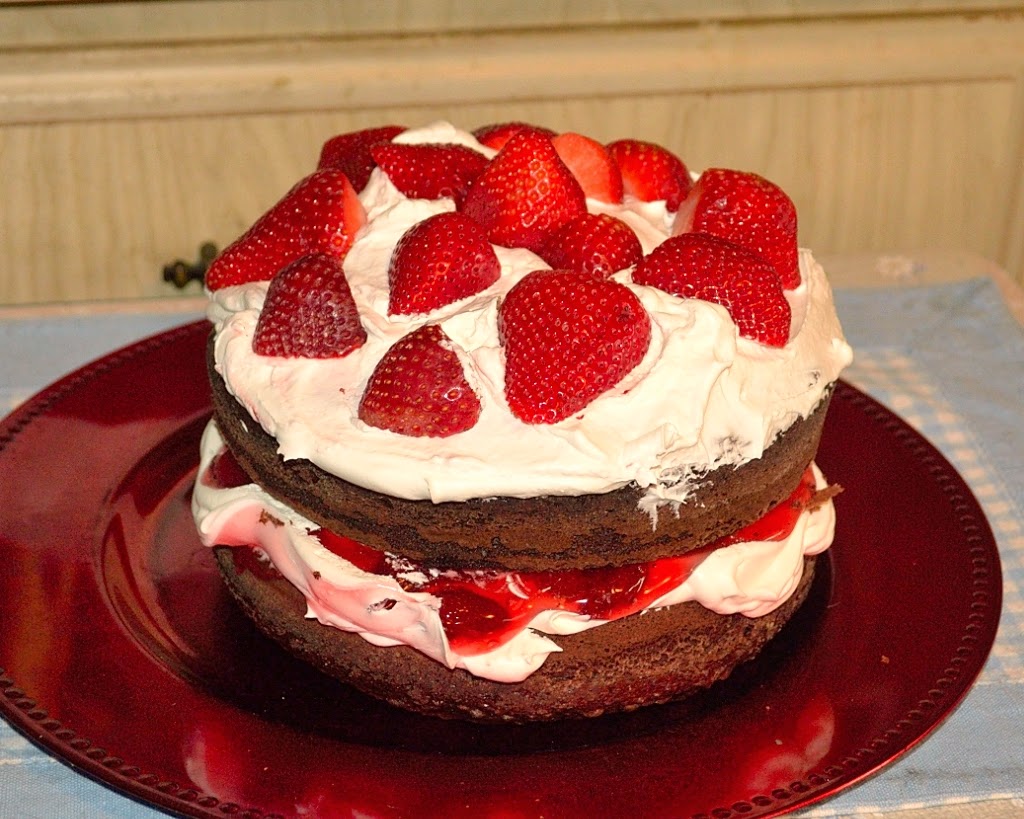 With Pam, her mom Judi, and Pam's Aunt Lynn (who is visiting from Wyoming) it didn't last long.

A question came up about the 1950 Ferguson tractor.  I thought I had mentioned it, but maybe I forgot.  When the guys and I went to pick it up, I decided to give it to them.   The guys are all retired and spend most days at Denny's (a neighbor) fixing and restoring old cars and trucks.  They take their time and do a really nice job.  Denny is an ex-boilermaker and welder.  Tas paints and spins wrenches.  Glen, who goes by the nickname "poor boy", does a bit of everything, including sandblasting.   Since we're only here part time and they're year 'round residents, I gave it to them.  If they get a back blade for it, they can use it to maintain our dirt road.

Pam asked if they would sandblast the rust off her trailer, and if Denny would weld up some holes.  No problem, they said.  Poor Boy works for beer, and Denny works for a pineapple upside down cake.

They have the trailer now, and I walked over to see how it was going.   This is Poor Boy's truck.  Its a beast. 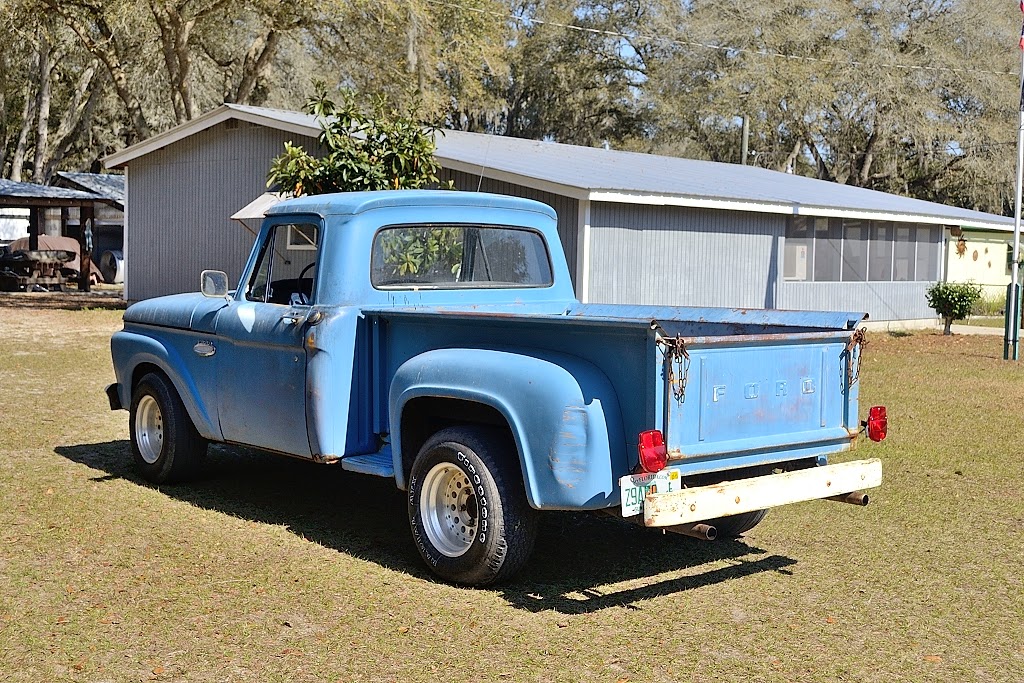 This is Denny's backyard.  Yep.  He as one of everything.  Sometimes two and three. 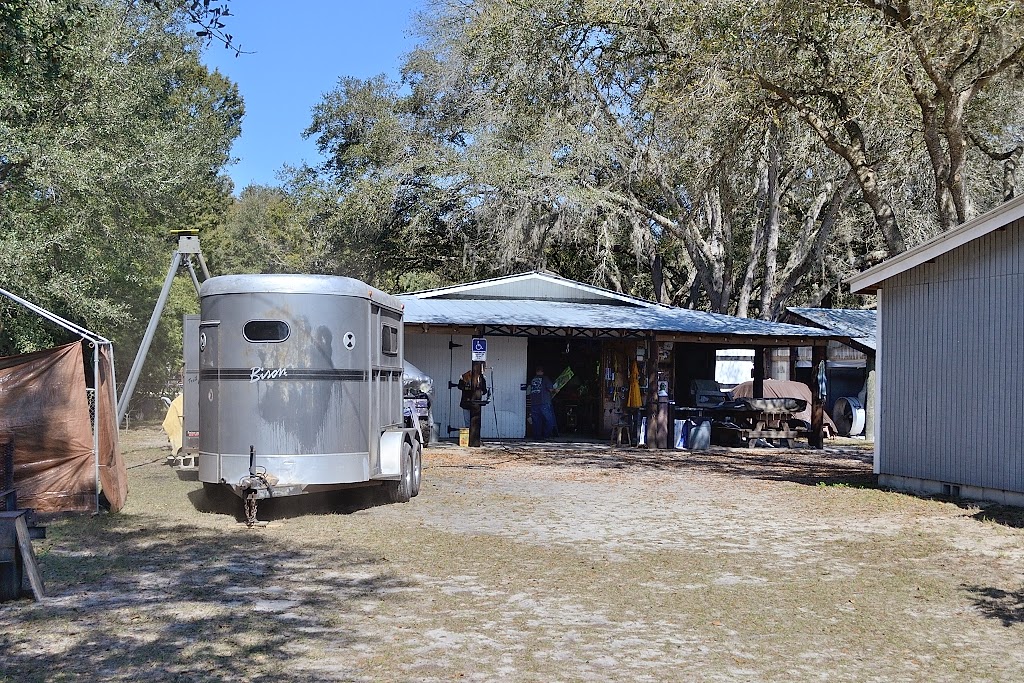 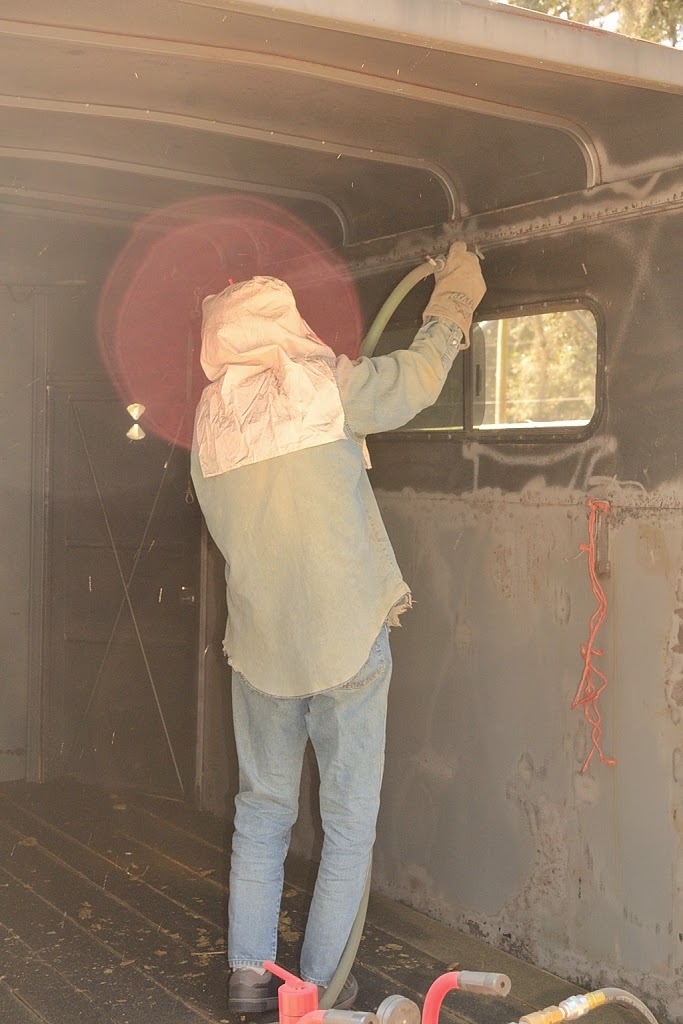 Tas has been customizing an old truck for a few years now.  It is getting close to being done.   The interior is painted camouflage,  and Tas is going to camouflage the Chevy bow tie. 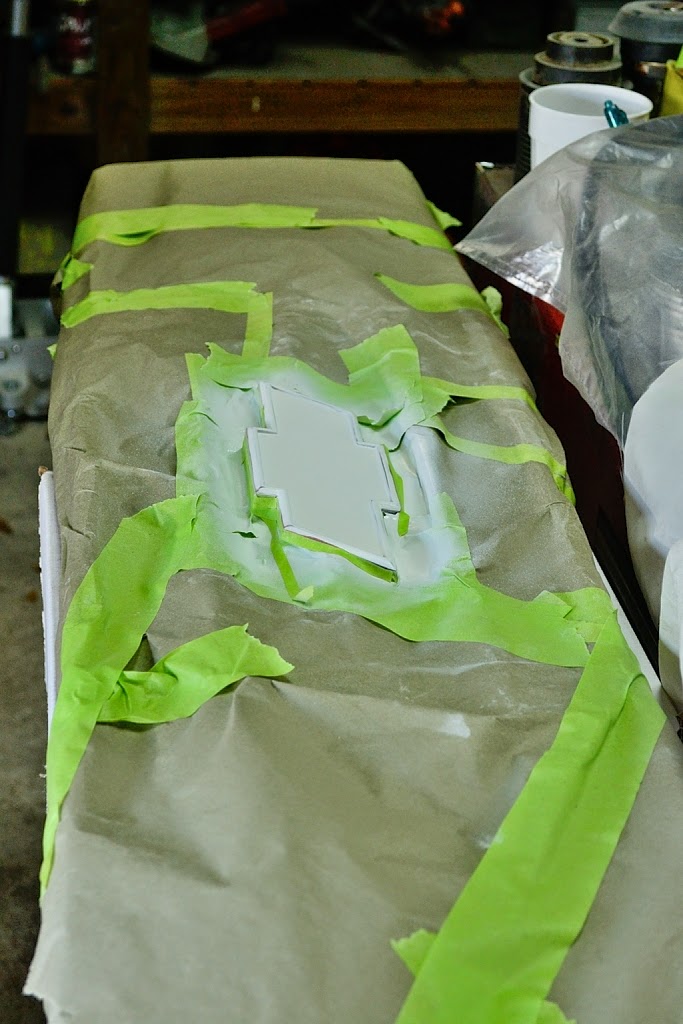 The outside of Tas's truck is black, not camouflage.   Do you remember when camouflage trucks were all the rage?   Steven Wright, the deadpan comedian who delivered his monologue,  rubbing his forehead like he had a migraine, had a great joke.  It went something like this.

"Every time I see a truck painted camouflage, I want to run into it with my car.  Sorry.  I didn't see you."