Until I found this hand print on the back of my car... 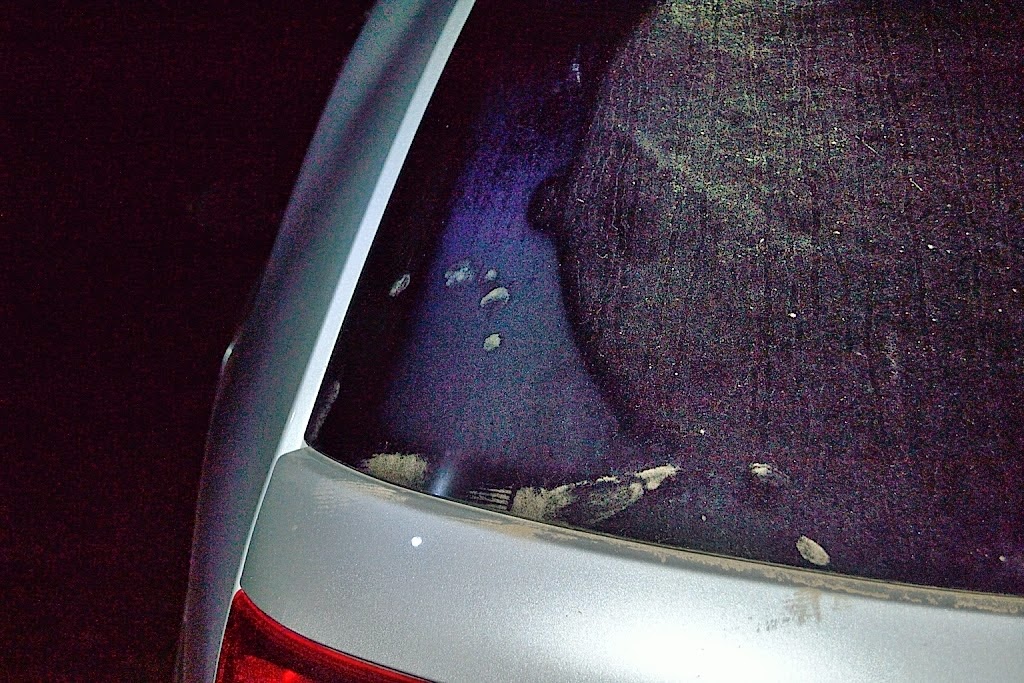 I was skeptical off anyone reporting seeing a Sasquatch.  I thought they were crazy, drunk, or misidentifying what they were seeing.   Now, after considerable studying of the subject, reading Dr. Meldrum's analysis of this North American ape, and a casebook with thousands of reports dating back to the 1700s, I have come full circle and  I'm convinced that they exist.

Like deer during hunting season, they think of humans as a threat and are very elusive.  They live where there is considerable forest for cover, such as the Adirondack Mountains of upstate New York and the Pacific Northwest.   So while you may find evidence such as hand prints and foot prints, getting a photograph or video of one is rare.  The following is what some consider to the be the best recent footage thanks to everyone having smart phones.

Many in the Sasquatch community think the last clip of a Sasquatch grabbing a dog is a hoax.  I do not.  My three dogs watched me put on a gorilla mask from a Halloween costume and went nuts, barking their heads off.  I think that dog was paralyzed with fear.