The other day, Pam was crop dusting.  Not with an airplane, and not with insecticide, but with ashes from our wood stove.  Pam read somewhere that ashes are great for berry plants, and so dumped a bucket of them on her blueberry bushes. 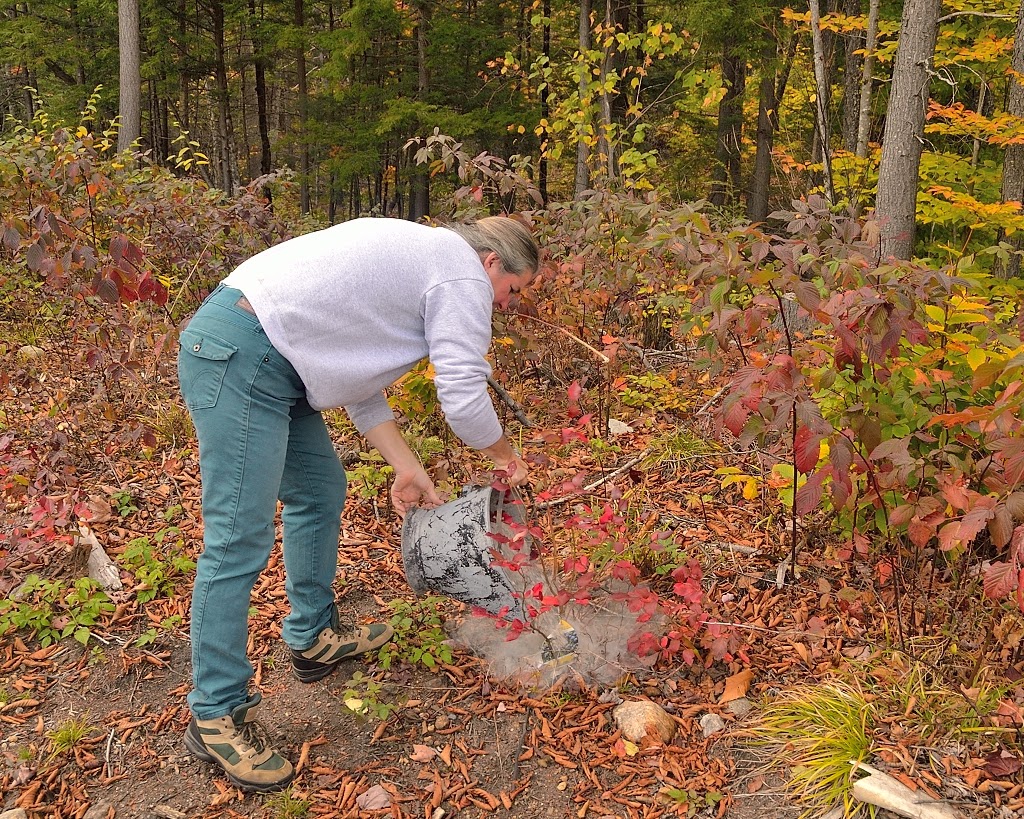 This is Sassy the Cat.  Since she had kittens and after we got her spayed afterwards, she turned from all fangs and claws into a normal, lovable house cat.  She's almost at the pain-in-the-neck stage. 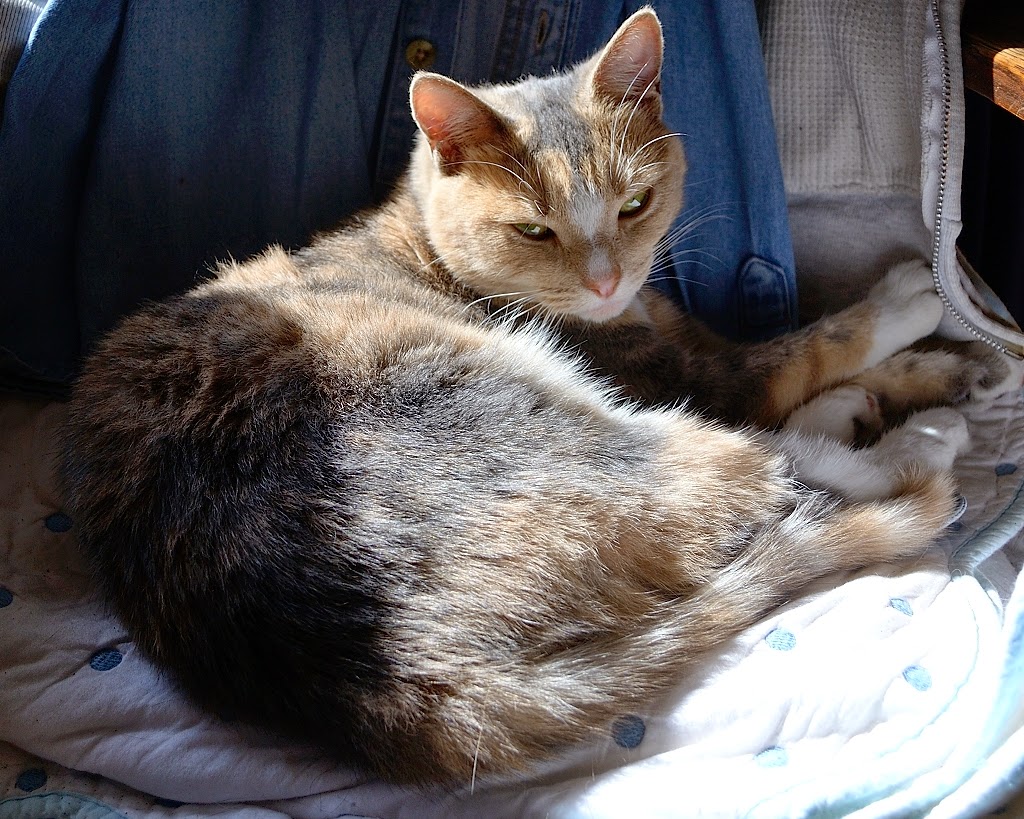 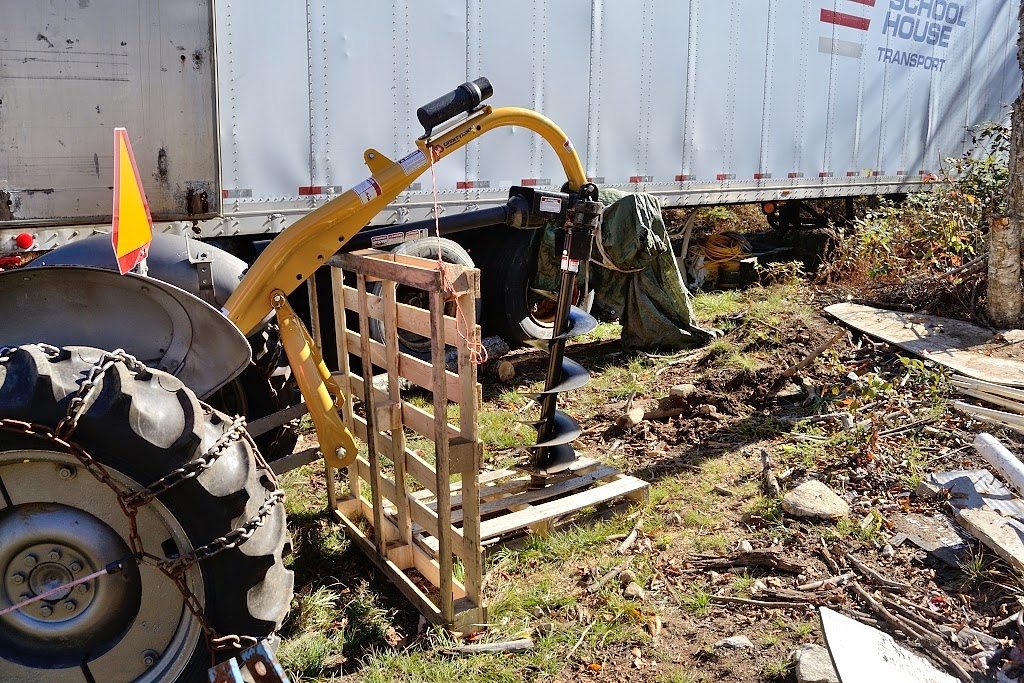 Well, it didn't work exactly as planned, but it worked. 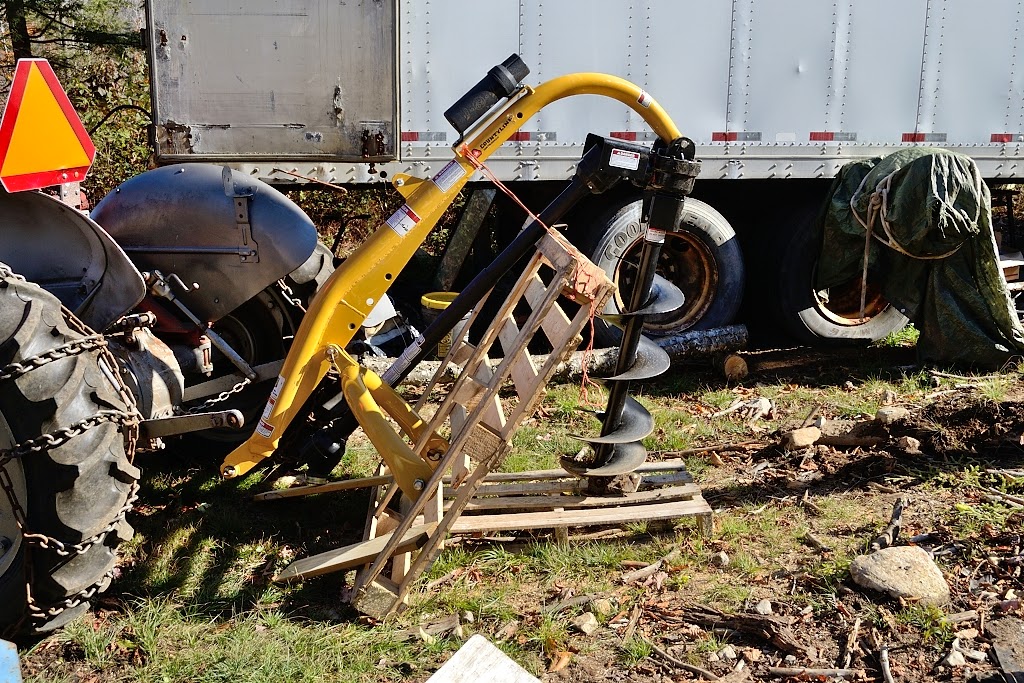 While sitting on the deck with  Earl and Bill, quaffing a few victory beers after cutting down some trees (yes, I did), I noticed animal tracks on the new deck. 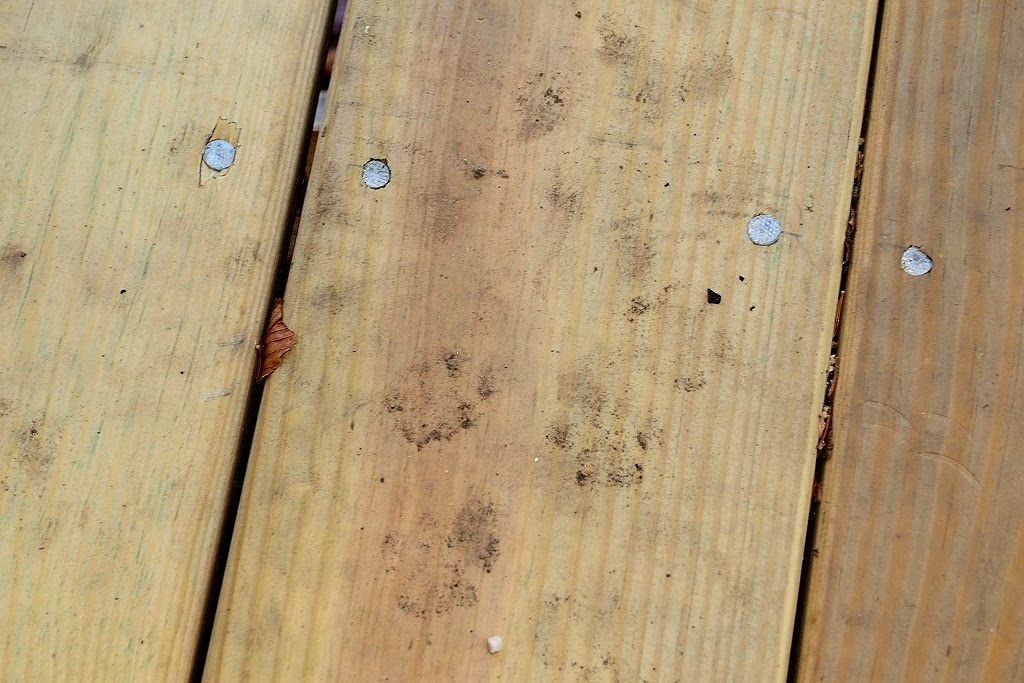 They look like cat tracks, but smaller.  Much smaller.  Judi's cats are all pretty big, so it might be a stray.  Maybe its the Bleecker Sasquatch's pet.  And no, the game camera pointed at the well for the past week hasn't picked up anything but dogs and cars.