Cutting Down The Birch Tree

If you're going to live in Bleecker, you have to know how to cut down trees.   It's the law.  Earl had a stand of Birch trees that had one bent precariously over his dog houses, kennel, and driveway.  He decided he wanted firewood more than those Birch trees, so down they came.  He cut them all except for the one overhanging his kennel, and yesterday Bill and I gave him a hand.  Yes, beer was involved.

Earl and I had disassembled and reassembled my old 1980 Sear Craftsman chainsaw.  It was a very fine saw in its day, much better than the cheap crap that's sold today.  The Jonsered I bought at Tractor Supply last year ran for just a couple of hours before dying.  I had to replace the coil, which I did and got it running again this year.  As Earl is fond of saying, "Must be that cheap Chinese crap".  So we fixed my ancient Craftsman, and we decided to test it by cutting down that Birch tree.

First, Bill climbed a ladder as high as he dared and tied a rope around the tree.  The other end was tied (by me, using my best sailor half hitches) to Earl's tractor.  This was to drop the tree so it wouldn't hit the chain link kennel.  First, Earl used the tractor to roll a dog house out of the way so that he had an escape route.  Trees can kick when they fall, and you want to be well away from them. 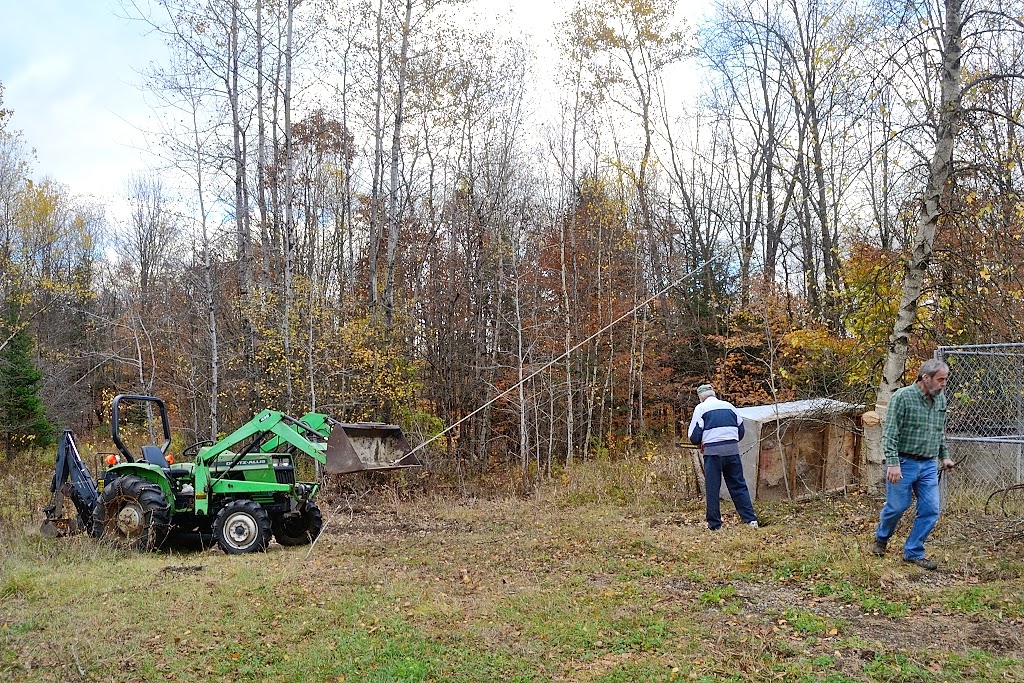 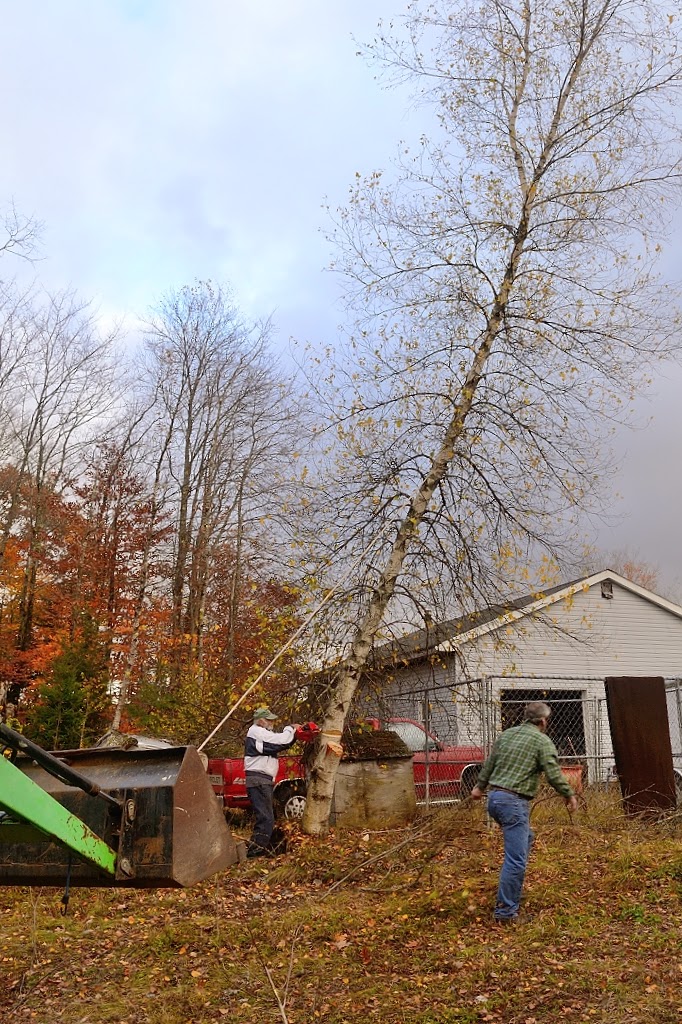 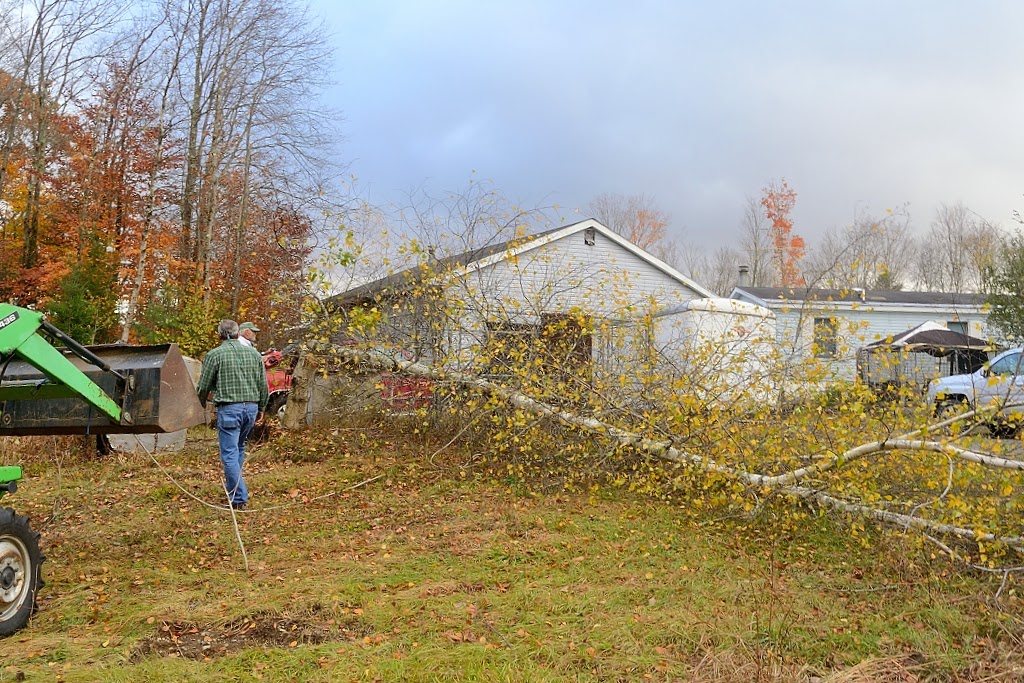 Once a tree is down, it's firewood. 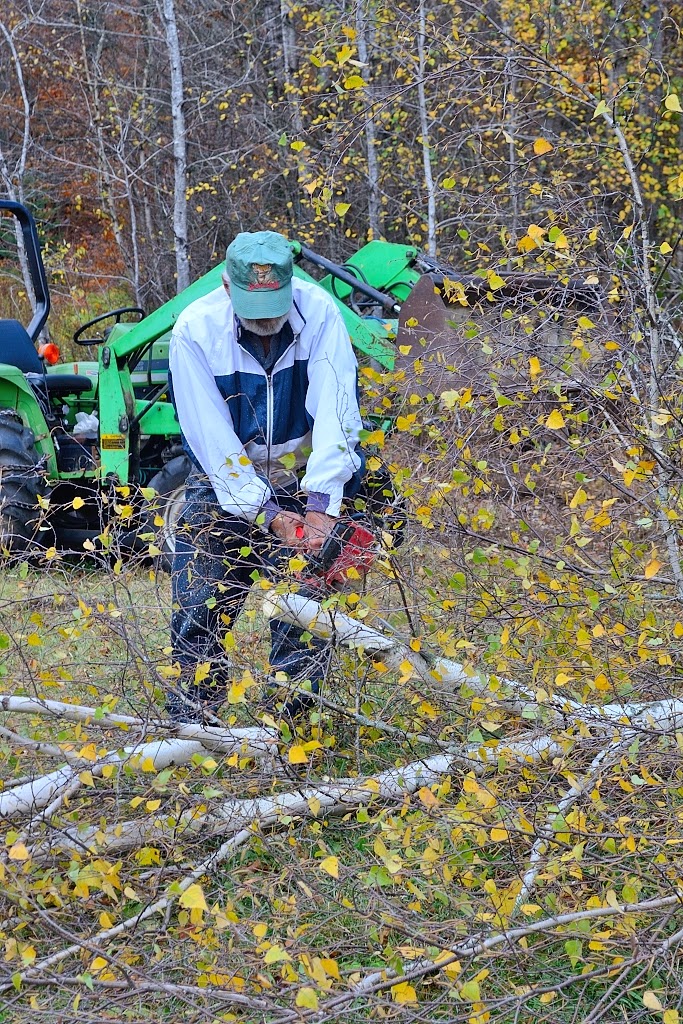 We need firewood here in Bleecker at this time of year.  Today's high is forecast to be only in the mid-forties.  Our time here is winding down, and it is time to think about getting ready to head south.  First though, we need to make sure we have our trees felled for next year's wood stove season.  It takes a year to properly season firewood.