Who can spot the differences? I left the stump where my sasquatch shares things with me..... my "dragonfly" mark on the right, my own "A" made from two red leaf stems and a small stick on the left, my dragonfly earring lying next to the "A" lying face up and flat and a cattail across the center of the stump. 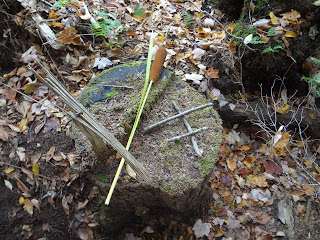 This morning it was all rearranged. Hmmm. smile emoticon I like playing stump chess with my hairy friend. I just wish I could figure out what the "A" symbol means to them. 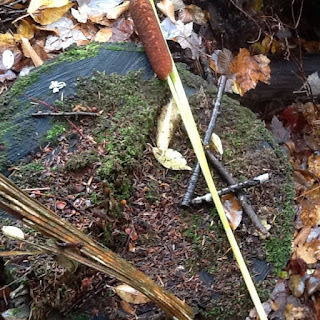 Pamela also decided to check out a stump where an Ohio researcher left five coins on a stump deep in the woods.  This is how it was left, the "before" photo. 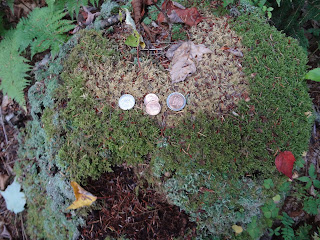 This is the "after" photo. 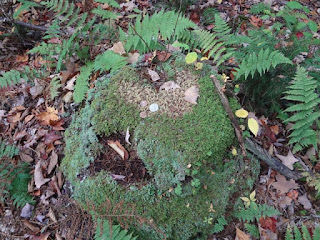 One thing we learned about Sasquatch is that they share.  If you leave it two apple halves, it will take one and leave one for you.  If it kills a squirrel, it will eat half and leave the other half by Pam's Miata.
Posted by Dave Gibson at 11:01 AM