Well, the short story is that the Unabomber Cabin has running water and we're moved back in.

Long story.  After unsuccessfully trying to con some idiot into going into the well to replace the kinked hose, I realized I would have to be that idiot.  I borrowed an extension ladder and neoprene suit from Earl (Earl has at least one of everything ever made) and in I went.  It was actually an easy job, although I still froze right through the neoprene suit.  Bleecker well water is COLD.  At least I was only in it up to my knees. 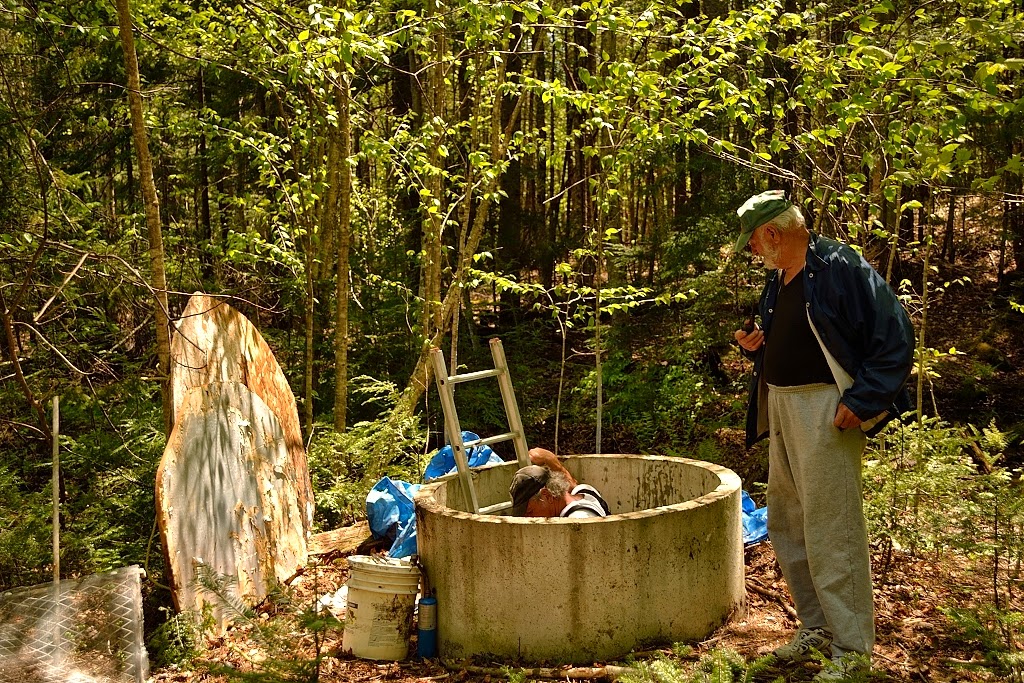 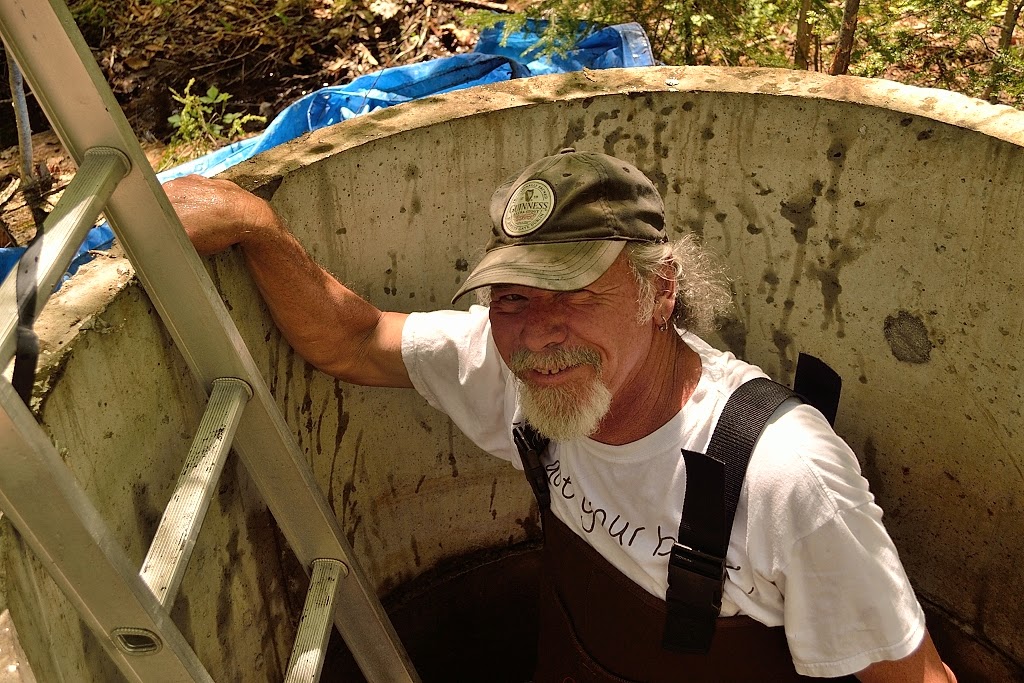 With the faulty foot valve replaced and the kinked hose gone, everything should prime right up.  Should.  Nope.  Try as I might, priming the pump and all, it just wouldn't go.   After a couple of hours, I looked at the pump.   Hmmm....  when I drained the water lines in January, I removed both the intake and out-go lines.  They're both the same fitting.   In my haste, did I put those on backwards?  I quickly checked the manual, and sure enough, I had them reversed.  The pump was trying to drain the cabin's water lines and pump it into the well.

Yes.  I am now officially the Bleecker Village Idiot.
Posted by Dave Gibson at 4:17 PM