We got a fairly early start from Fort Valley in the George Washington National Forest inVirginia, about 9:30.  It had rained heavily during the night and the roads were covered in all kinds of debris.  As we made our way down the windy mountain road, Pam called me on her walkie-talkie.

"I think its a low tire pressure light."

"I need to buy gas, and I want to check the tires," she said.

She pulled up to a gas pump at Love's at exit 298, and then called.

"This tire is really soft."

That ain't good.   So she put air in it, but then heard air hissing from the tire.  She pulled to the back of the truck stop where I parked "the Boat". 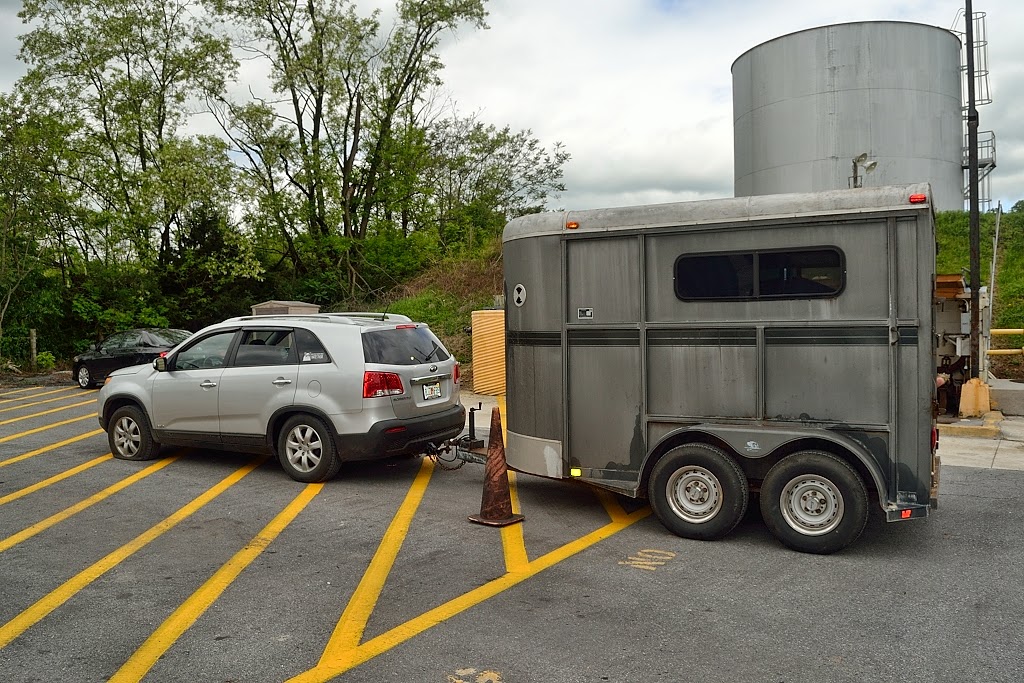 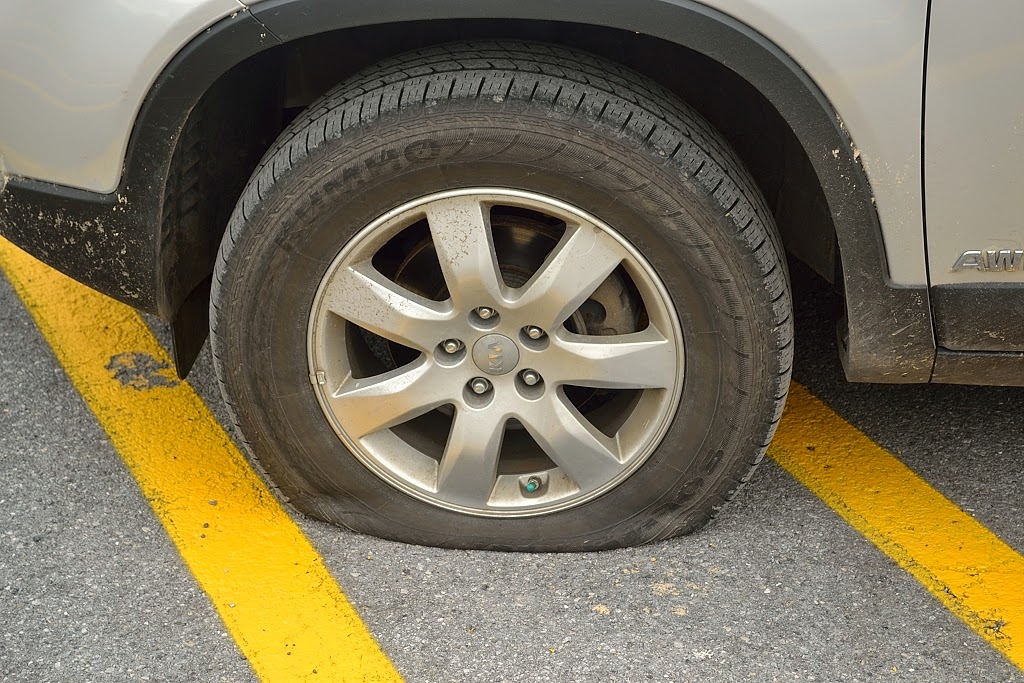 There was a repair shop at the truck stop, so I went to see them about replacing the tire.   The lady at the desk said they were booked and it would take hours.  With Jeremiah the Horse freaking out at all the trucks, we decided to call AAA.  A nice young fella showed up about  an hour later, removed the tire and put on the donut spare.  We couldn't drive home on a donut.  He said the garage he works at, Clem's in Stephens City, could do it.  So he gave me the address, 5170 Main Street, Stephens City and went on his way.  Pam wasn't feeling well, so I took off in the Kia, towing Jeremiah the Horse.

"Take ramp, on left, to I-81 north."  This thing was driving me in circles.  I turned it off.  I drove to route 11 and stopped at a gas station to ask directions to Stephens City.

So I did, and I eventually found Clems, and got the tire replaced.  I drove back to exit 291.  Pam made arrangements at a horse motel named Windy Ridge Farms in Bethel, Pennsylvania.  It was a three plus hour drive, but we got here.  Jeremiah is in his stall, the dogs pottied, and Judy and Toni made Pam and I a nice dinner, knowing that we had a rotten day.