Restoring A 1950 Ferguson TO-20 Tractor, in Photos

Last year, I noticed that a free tractor was being given away here in Florida while I was surfing a Ferguson owners' group Facebook page.  The tractor was disassembled and the owner didn't have time to reassemble it, as he was moving, so he decided to give it to someone who would.  I sent an email to the address given and the email exchange went something like this.

"I'm interested in your tractor.  I'm near Ocala.  Whereabouts are you?"

"Really?  I'm in Fort McCoy.   Well, actually, Eureka, but no one knows where that is."

"Seriously?  I'm a bit behind the Qwik King."

Long story short, I picked it up with the help of Denny, our neighbor, but then decided to give it to him.  He's also retired, but has the tools, friends, and know-how to get it done.   He started on it a about three weeks or so ago.  Glen ("Poor Boy") is chief mechanic, Denny is the parts getter, helper, and nut spinner, and I take photos.  Here are the photos. 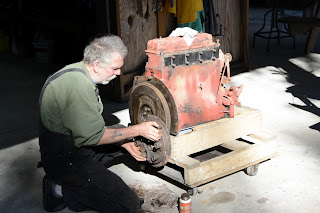 Glen, AKA "Poor Boy", working on the engine. 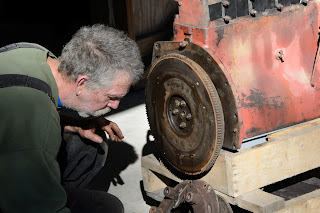 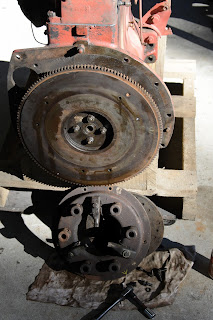 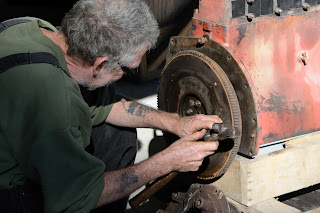 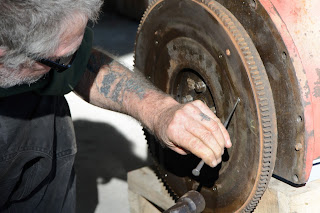 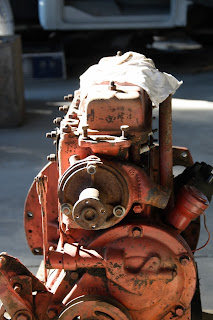 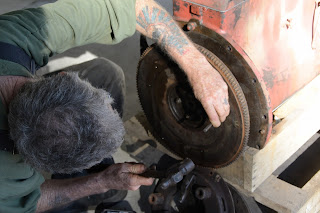 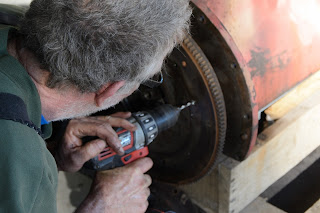 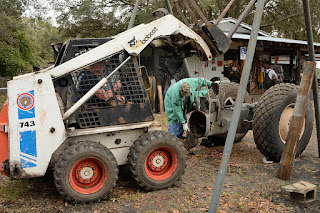 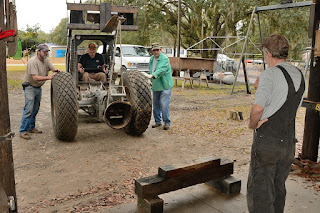 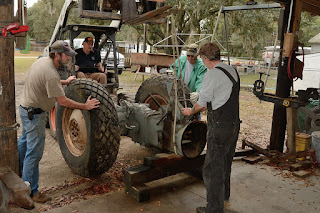 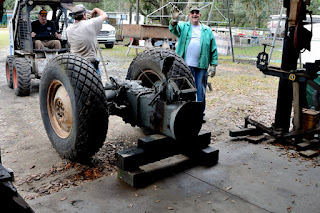 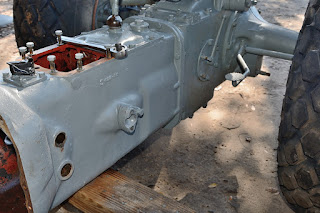 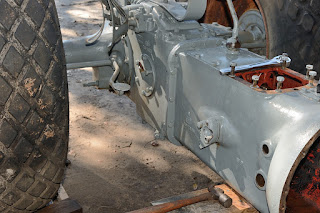 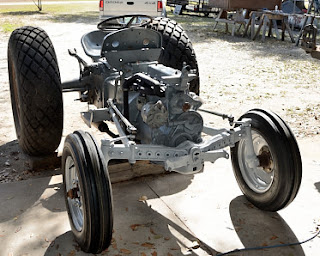 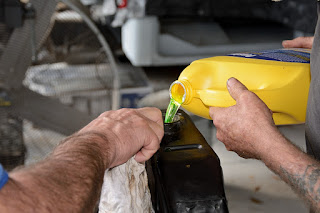 The radiator is on... dump in anti-freeze! 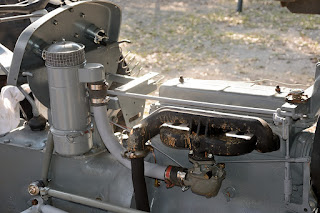 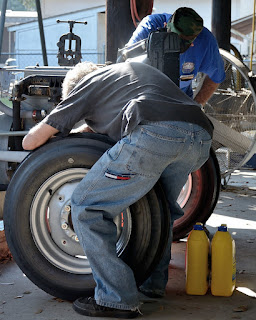 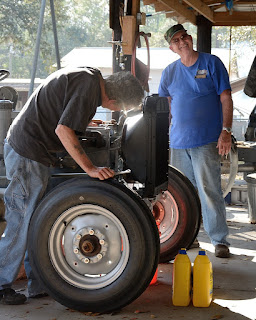 Happily, the leak was fixed by tightening the bolts on the water pump. 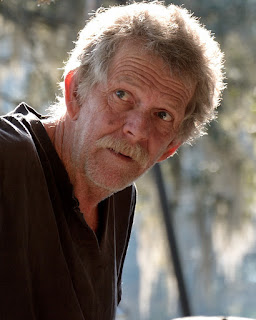 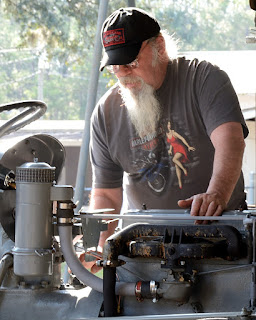 Fred arrived from Michigan.  Fred is a Harley mechanic, and has rebuilt car and truck engines. 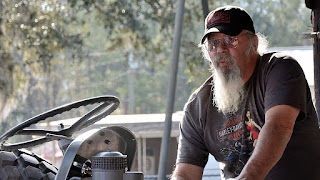 Fred says the engine should have turned over with a wrench without the heads on.  Poor Boy says it did not.  "Discussion" ensues. 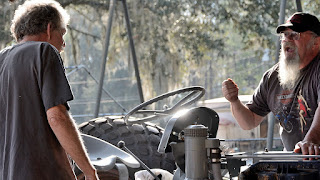 Fred is a trouble maker.

Denny and Poor Boy may try to start the tractor today.  Fred says it will blow up on a scale approaching Mount St. Helens.  I made them promise not to do it unless I'm there to photograph this momentous event.