The Restoration of the Old Ferguson Tractor has Begun!

Last year, I responded to a call from the Ferguson Enthusiasts of North America.  A Florida member was selling his home and wanted to find a home for his 1950 Ferguson TO-20 tractor.  I contacted Judy, the head of the group who had sent the email, and she put me in contact with Bob Carr, who was the guy giving away the tractor.

So I went to look at it.  It was disassembled, but it was all there.  It looked like too big a job for me, so I contacted my next door neighbor, Denny, who restores stuff.  He looked at it and thought he could restore it, so that's where it went.

They had to clear the decks first of projects they were working on, but now it was time for the Fergy.  First up is the engine rebuild. 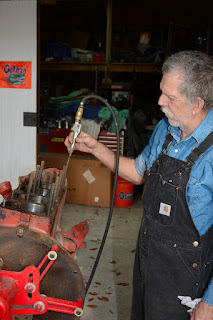 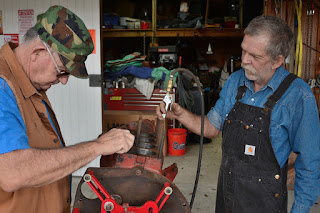 Denny joined in to clean up the threads on bolts. 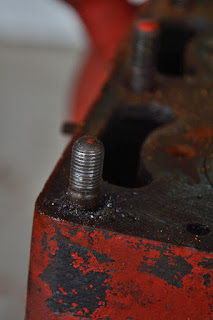 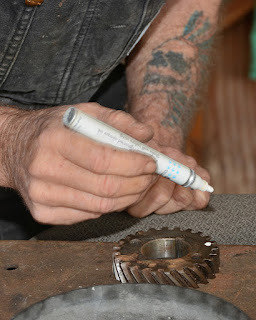 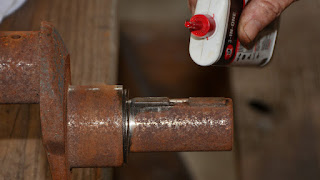 The keys needed to come out of the old crank.

This should be a fun restore, different from the old cars and trucks the guys work on.  Believe it or not, parts are readily available for this old 65 year old tractor, manufactured the same year I was.   And that is old.